By Joshua Rosenberg
Law360 is providing free access to its coronavirus coverage to make sure all members of the legal community have accurate information in this time of uncertainty and change. Use the form below to sign up for any of our weekly newsletters. Signing up for any of our section newsletters will opt you in to the weekly Coronavirus briefing.


Law360 (March 20, 2020, 10:46 AM EDT) -- Treasury Secretary Steven Mnuchin announced Friday that the 2019 tax return filing deadline for individuals and businesses will be moved from April 15 to July 15 in light of the coronavirus pandemic. 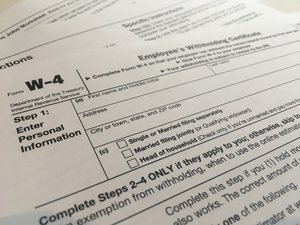 After only extending the payment deadline to July 15, Treasury Secretary Steven Mnuchin extended the filing deadline as well (AP).

Mnuchin, who had said earlier in the week that the Internal Revenue Service would extend the payment deadline, but not the return filing deadline, to July 15, made the announcement after lawmakers pressed the administration to extend the filing deadline as well.

At the direction of President Donald Trump, "we are moving Tax Day from April 15 to July 15," Mnuchin said on Twitter. "All taxpayers and businesses will have this additional time to file and make payments without interest or penalties."

The IRS on Wednesday released a notice pushing back to July 15 the tax payment deadline for people and pass-through businesses with tax liabilities of less than $1 million and corporations with tax bills of up to $10 million. That notice, however, left in place the April 15 tax return filing deadline.

At @realDonaldTrump's direction, we are moving Tax Day from April 15 to July 15. All taxpayers and businesses will have this additional time to file and make payments without interest or penalties.

That decision was criticized by, among others, the American Institute of Certified Public Accountants, which said the administration's position did not address the practical challenges tax preparers and individuals were facing in light of the pandemic.

Additionally, lawmakers in Congress pushed the IRS to push the return filing deadline back as well, introducing legislation on Thursday that would have extended the filing deadline until July 15.

One of those bills, introduced by Senate Majority Leader Mitch McConnell, R-Ky., the Coronavirus Aid, Relief and Economic Security Act, would also make a slew of tax changes, such as pushing back estimated tax payments for corporations from June 15 to Oct. 15 and deferring employers' portions of Social Security taxes.

The bill would also authorize the Internal Revenue Service to send checks up to $1,200 to individuals, increased by $500 for every child, subject to income limitations.

Nicole Kaeding, vice president of policy promotion at the National Taxpayers Union Foundation, said Friday that lawmakers should also delay the estimated tax payment deadline, as under the Senate GOP's proposed bill, which would push the due date for second-quarter estimated tax payments back from June 15 to Oct. 15.

"Congress should continue to push estimated tax payments until later in 2020," she said,

Mnuchin, as of Friday morning, did not address the estimated tax deadline in his posts on Twitter, but did urge individuals to file their returns swiftly.

"I encourage all taxpayers who may have tax refunds to file now to get your money," he said.

In addition, small and midsize businesses may begin to claim refundable tax credits that were included in the Families First Coronavirus Response Act, signed into law by Trump, the IRS and Treasury said Friday.  Employers may claim a sick-leave credit worth up to $5,110 for a worker who is either quarantined or is seeking medical attention because of the coronavirus.

Employers whose workers are absent because they're caring for someone with the coronavirus or because they're supervising children, given that schools or child care providers have suspended operations, may also qualify for a refundable credit worth up to $10,000 per employee, according to a news statement.

Employers that are interested in utilizing the refundable tax credits may immediately access funds that would otherwise be designated for their payroll tax obligations, according to the statement. If those funds are insufficient to meet employers' needs, they may apply for a credit by submitting a form that will be available the week of March 23, the statement said.

Update: This article has been updated with information regarding the refundable tax credits.