How Coronavirus May Change Criminal Justice

Philadelphia Police Commissioner Danielle Outlaw announced last week that, due to the ongoing coronavirus pandemic, her department will no longer be arresting and detaining those suspected of narcotics offenses, retail theft, burglary, vandalism, prostitution and several other crimes.

"To be clear, the Philadelphia Police Department is not turning a blind eye to crime," she said in a March 18 statement on Twitter. "This temporary response model was implemented to protect our offices, and the communities we serve, from becoming infected or spreading COVID-19."

Outlaw is not alone: Across the country, police departments are reducing arrests and instituting "cite and release" policies to prevent unnecessary crowding in local jails and courtrooms. Meanwhile, prosecutors from New York City to San Francisco have pledged to stop bringing charges for low level offenses, and sheriffs and judges from Ohio to Los Angeles have moved to release hundreds of pretrial detainees and prisoners who are elderly or sick.

Such changes have long been sought by progressives and activists who decry the fact that the United States incarcerates more people, per capita, than any other country — primarily through plea deals that prevent 98% of the incarcerated population from ever facing a jury of their peers.

This is forcing a reset button in the criminal justice system. When the pandemic ends, we may find that we have a new normal. 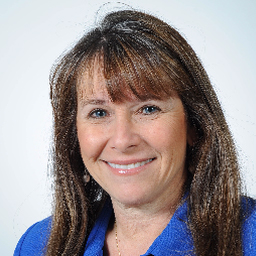 But as the deadly coronavirus that originated in Wuhan, China, has spread rapidly around the world, skyrocketing caseloads and an emphasis on social distancing have led even traditionally "tough on crime" law enforcement officials to reconsider the value of caging people in cramped facilities with few health care resources.

Miriam Krinsky, executive director of the Fair and Just Prosecution group that has led calls to reduce the incarcerated population, said the changes taking place will be hard to reverse when the pandemic eventually ends.

"This is forcing a reset button in the criminal justice system," Krinsky said. "When the pandemic ends, we may find that we have a new normal."

The old normal seems to be fading fast.

For example, The Philadelphia Fraternal Order of Police has been at odds with Philadelphia District Attorney Larry Krasner ever since he was elected in 2017 on a progressive platform, releasing statements as recently as March 16 that Krasner's office was "rogue" for its refusal to prosecute certain offenders.

But COVID-19 has brought the two sides together in support of Outlaw's decision to stop booking nonviolent offenders: On March 18, Krasner tweeted "kudos" to Outlaw's "strong leadership during this emergency," the same day that a spokesperson for the police union released a statement supporting the proposal.

"This directive was released to keep officers safe during this public health crisis," said John McNesby, the Fraternal Order of Police Lodge No. 5 president. "Meanwhile, violent offenders will be arrested and processed with the guidance of a police supervisor."

The widespread effort to reduce the justice system's footprint is not limited to the front end: At least 24 parole and probation officials nationwide have also announced measures to limit interactions with people under community supervision.

According to Vince Schiraldi, co-chair of Executives Transforming Probation and Parole and the former commissioner of the New York City Department of Probation, technical violations such as skipping a meeting or staying out past curfew are a leading cause of incarceration in New York and across the country.

"Our hope is that we forestall the virus before someone brings it into a jail or prison because they missed an appointment," he told Law360. "If someone has to go in because of some very serious offense, that's a tragedy as well — but it's a less avoidable tragedy compared to someone going in due to a technical violation."

Though proactive measures have been embraced by many, some criminal justice agencies have been slow to respond to the threat of COVID-19.

A storm is coming and I know what I'll be doing when it claims my first patient. What will you be doing? What will you have done? We have told you who is at risk. Please let as many out as you possibly can. end.

In New York City's notorious Rikers Island, for example, at least one incarcerated person and three correction officers have tested positive for the virus. Nevertheless, Mayor Bill de Blasio said March 19 that the city would release just 40 at-risk inmates from the jail's population of roughly 5,400 total inmates, most of whom are awaiting trial and presumed innocent.

The next day, The Legal Aid Society filed a habeas corpus petition seeking the release of 116 people deemed particularly vulnerable to serious illness or death if infected. The suit alleges Rikers has only 88 respiratory isolation beds for seriously infected people and cites public requests by Ross McDonald, the chief medical officer of New York's Correctional Health Services, for officials to release "as many as you possibly can."

In New Orleans, the office of District Attorney Leon Cannizzaro Jr. has repeatedly opposed public defenders' requests that especially vulnerable clients receive reduced bonds so they can get out of jail more quickly.

One motion filed March 17 states "the defendant has failed to produce any evidence ... that he is at risk of contracting the coronavirus if he is not released on bond, nor has he shown that the Orleans Justice Center is not adequately equipped to protect against the spread of the virus within its facilities."

Ken Daley, a spokesperson for Cannizzaro's office, told Law360 that the district attorney does not control how many people police arrest or how much bail judges set and added "we are unaware of any confirmed cases of COVID-19 infection inside" the local jail.

"Judges have a legal duty to consider the totality of circumstances in each case, including the potential impact of a bond reduction or inmate release upon public safety, the severity of the alleged offense, and the defendant's risk of flight," he said.

Some police departments have also resisted calls to announce changes of arrest procedures. The New York Police Department, for example, said it could not comment on an announcement by Brooklyn District Attorney Eric Gonzalez stating that his office would not be prosecuting low-level offenses that don't jeopardize public safety.

"We are aware of District Attorney Gonzalez's statement and we look forward to discussing the matter further," said Sergeant Mary Frances O'Donnell. "For now, the NYPD will continue to enforce the laws designed to protect the people of this city."

Krinsky said law enforcement agencies that have yet to announce changes may not be bucking the trend, but rather biting their tongue to avoid alarming the general public.

Already, netizens have raised concerns that reduced arrests will invite crime, likening the policies to "The Purge," the 2013 film that depicts a dystopian society where all crimes — including murder — are legal for a 12-hour period.

No police department or prosecutor's office has indicated plans to allow rampant violence. Still, the rapid slowdown of the American economy, coupled with orders to stay home as much as possible, has some experts worried about a spike in offenses like domestic violence and robbery.

John Pfaff, a law professor at Fordham University and the author of "Locked In: The True Causes of Mass Incarceration," said the real impetus of any increased criminal activity during the pandemic will be hard to distinguish.

"That's a challenge the reform effort will face; we could see an increase in crime, not because we're releasing people from jails and reducing arrests, but because that is happening at the exact same time as an economic recession," he said.