Why Courts Still Lag Behind On Forensic Science 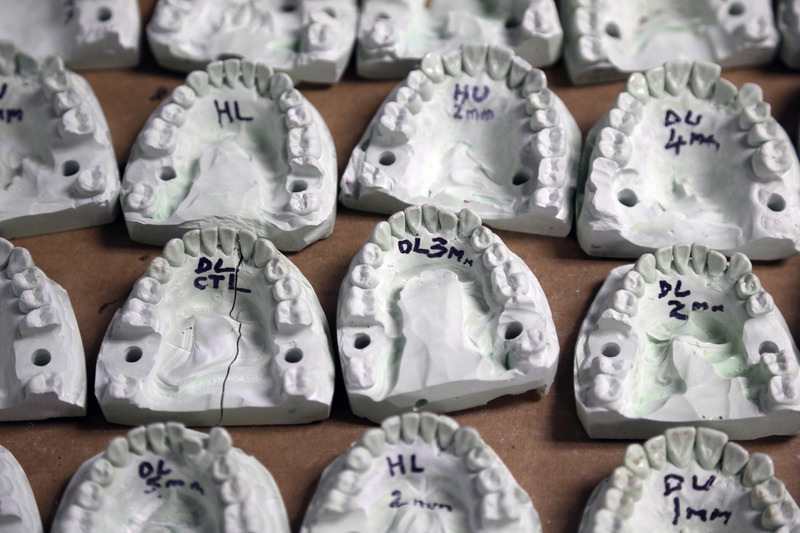 This April 17, 2013, photo shows dental molds that are part of an experiment showing systematic alteration of tooth position to determine when small differences in tooth arrangement can be recognized in bite marks in skin. Bite marks, long accepted as criminal evidence, now face doubts about reliability. (AP)


Eddie Lee Howard is currently a death row inmate in Mississippi. He is there, in large part, because of the prosecution's ability to match Howard's bite marks to those on the victims he allegedly raped and murdered nearly three decades ago.

Forensic odontologist Michael West, a bite marks expert, played a large role in Howard's conviction both in his first trial in 1994 and in a 2000 retrial, as well as subsequent post-conviction hearings.

West himself has acknowledged problems with his previous testimony. In 2011, in a deposition in a separate case, West said the "science is not as exact as I had hoped" and suggested it should not be used in court cases.

"The state of Mississippi is still defending their right to put someone to death on the basis of something we know is bad science," said Dana Delger, a staff attorney with the Innocence Project, which is representing Howard.

Mississippi is not an outlier, however. 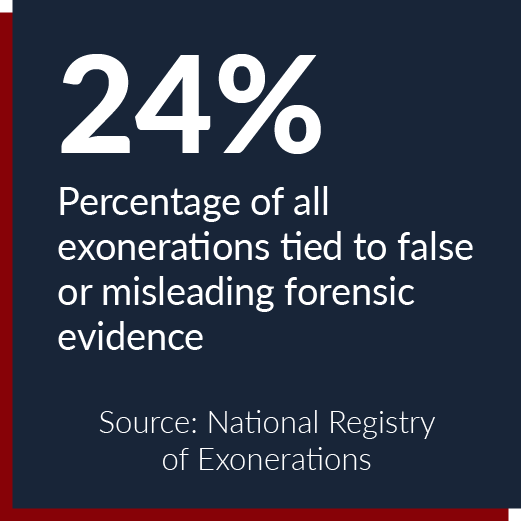 Bite mark analysis, once considered cutting-edge forensic science, has been used in courts across the country for decades. But over the years, its reliability has fallen into disrepute. While there have been a few instances of courts taking developments in forensic science and new testimony on the accuracy of older techniques into account on appeal, many courts have declined to reverse precedent allowing bite marks to be considered at trial and often don't properly caution juries about accuracy issues.

This, in a nutshell, is often the fundamental clash between ever-evolving forensic sciences and the precedent-preserving court system.

In the not so distant past, the National Commission on Forensic Science was at the center of trying to create consensus between scientists and lawyers on issues like bite marks, fingerprint, ballistic marks and other forensic sciences that have come under scrutiny.

But since the commission's sunset in 2017, many experts in the field contend that the U.S. Department of Justice under the Trump administration has turned its back on trying to strengthen forensic evidence guidelines in collaboration with scientists.

Now, with the DOJ working on its own guidelines behind closed doors and the private sector trying to fill the void left by the commission, some experts fear momentum on fixing the loopholes that allow scientifically suspect evidence into the courtroom is being lost.

"What I'm afraid of is we're going to go back to the same problems that created the need for the commission in the first place," said Nina Ginsberg, founding partner of DiMuro Ginsberg PC and president of the National Association of Criminal Defense Lawyers.

Unlike other sciences, forensic science grew out of law enforcement, and that has long put on it a mark of suspicion that its loyalty to prosecutorial agencies overrides the scientific rigor of other disciplines, according to experts. And over the years several forensic techniques, including bite mark, fingerprint, bloodstain and hair analysis, have faced critiques for having larger margins of error than experts once thought — and often stated as part of testimony.

For example, a police expert in a decades-old Texas murder trial acknowledged in 2018 that his testimony on the case's bloodstain analysis would no longer hold up, according to an affidavit. That same year, the Texas Forensic Science Commission, investigating a complaint about the murder case, came to the conclusion that the testimony "was and is unreliable."

What I'm afraid of is we're going to go back to the same problems that created the need for the commission in the first place. 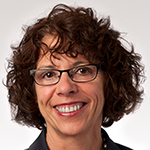 The blood spatter analysis was central to the conviction of Joe Bryan, the Texas man convicted of murdering his wife. In the beginning of the year, Texas' high court declined to review the case. Media attention on the case, however, eventually led to Bryan being granted parole on March 31, according to the Innocence Project of Texas, which was representing Bryan.

In an effort to bridge the gap between forensic science and the law, the National Commission on Forensic Science was established in 2013 by the DOJ as a federal advisory committee, in partnership with the National Institute of Standards and Technology.

The rare public-private partnership put together myriad, seemingly incongruent characters. The former chief of New York City's detectives rubbed elbows with lab researchers and academics, judges sat down with scientists and both national associations representing prosecutors and defense attorneys had an equal seat at the table.

"The commission changed the whole orientation about how validating the reliability of science was being approached by inserting independence, transparency and a wide group of stakeholders," Ginsberg said.

They all got together on a quarterly basis for public meetings to review various standards and practices in the forensic sciences field. More than 600 documents were discussed during its four-year existence. There was exciting energy and momentum in the room, several former commission members told Law360.

The meetings were like "pulling a tiger by the tail," said John Butler, an NIST fellow who was co-vice chair of the commission.

But the commission's output didn't necessarily match everyone's hopes. Over those four years, the commission had only a handful of recommendations and documents out of the 600 reviewed.

There had been important consensus made on when forensics experts could use the subjective term "reasonable scientific certainty" as part of testimony, but there was still a great deal of work to be done on a number of issues ranging from setting new certification standards for medical examiners to tackling the fast-evolving world of digital forensics.

The commission also hoped to create guidance for testing of cold-case evidence, particularly when advances in testing may made reevaluation worthwhile and to provide training for lawyers and judges, according to its final report.

"I think the commission needed to keep going because there was a lot on its agenda," he said, adding that the commission's sunsetting "left the job incomplete."

The National District Attorneys Association, frustrated that disagreements had reduced the commission to a "think tank" with few results, actively called for the commission to be closed and replaced with an Office of Forensic Science inside the Justice Department. Having such an office under the DOJ would have better oversight on accreditation, certification and more, the NDAA said in a 2017 statement to the U.S. House of Representatives' Committee on the Judiciary.

"There is much to work to be done. Not only will the [Office of Forensic Science] spearhead this important effort but it will also work on policy that still needs to be developed in the forensic science," the NDAA said in the 2017 statement.

A member of the NDAA could not immediately be reached for comment.

Nothing is perfect, but there is at least some sense that these recommendations don't represent just one view, but a consensus view. 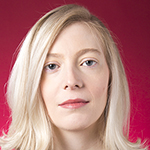 But Ginsberg believes the commission was working the way it was supposed to, coming to hard-fought conclusions and compromises on key forensic science issues — such as what kind of language to use when testifying on findings — in a transparent manner.

"I think they accomplished a great deal. There was more that they didn't accomplish than they did, but that's because they were written out of existence," Ginsberg said.

In April 2017, the Trump administration allowed the commission to sunset, and then-Attorney General Jeff Sessions ordered that the DOJ suspend a multiyear, large-scale review of FBI testimony that the commission had been tackling, looking to assess the scale to which experts had provided inaccurate or flawed testimony.

"To me, the loss of the commission was also part of a greater change in the Department of Justice's approach to forensic policy," Epstein said. He called the sunsetting of the commission "an emblem of a turning away from science."

Since then, the forensics community has been left with a communication void.

The NIST is continuing its work through the Organization of Scientific Area Committees — a body of more than 500 forensic science experts in academia, government and industry — and there's a smattering of industry events that try to get a varied group of stakeholders to reach consensus, but nothing quite like the commission's standing, according to experts.

"There's not really a platform and place to come together to have those discussions," Butler said.

To get true consensus and momentum forward, the industry has to have the DOJ at the table, according to Butler.

While the DOJ has a new forensic science working group established after the close of the commission, experts say the group's scope of work is more limited and several said its unclear what exactly the working group is doing because there is less transparency.

The DOJ, however, says it has continued to work with a wide array of stakeholders, including independent scientists not affiliated with law enforcement.

"The Department both created and continues to support working groups and other bodies that include forensic academics, researchers, and other experts from outside the Department of Justice," the department said in a statement emailed to Law360.

The department added, "We also partnered with NIST to establish and support the Organization of Scientific Area Committees — a body composed of over 550 scientists, academics, forensic practitioners, innocence advocates, attorneys, and judges, who collectively work to develop national standards of forensic practice in over twenty-five separate disciplines."

In the DOJ's latest code of professional responsibility that was developed after the closure of the commission, there is a line that tells forensic scientists to "document and, if appropriate, inform management or quality assurance personnel of nonconformities and breaches of law or professional standards," Ginsberg noted.

"I can't envision any instance where it shouldn't be mandatory if you uncover nonconformities or breaches of law and professional standards," Ginsberg said.

Only when law enforcement, scientists and lawyers get in a room together can real progress be made on creating guidelines that can be trusted by the community as a whole, according to several experts.

"Nothing is perfect, but there is at least some sense that these recommendations don't represent just one view, but a consensus view," Delger said of the commission's work products.

Ginsberg pointed to a joint effort that began in 2012 by the FBI, DOJ, NACDL and Innocence Project that looked into microscopic hair comparison analysis and found that up to 90% of the testimony given about hair comparisons was overstated.

That joint effort resulted in new guidelines for giving testimony on microscopic hair that has been largely accepted across the board.

Currently, efforts to make similar progress on other issues — such as bite marks — face hurdles of the private sector and the government law enforcement not necessarily being on the same page and coming up with different conclusions.

"Where the Justice Department may be consulting with independent scientists, they are not standing on equal footing and their recommendations are not carrying the same kind of weight," Ginsberg said.

Update: This article has been updated with comment from the DOJ.