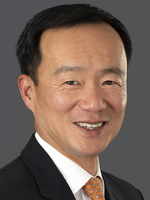 But Baik and everyone else in the Bay Area had just learned that its seven counties and 7 million residents would be under a shelter-in-place order starting at midnight — the first of many such orders that would go out across the country. Baik had received an urgent call from the firm asking him to get there as fast as he could.

When he did, a tech support person awaited him with a laptop and a crash course on accessing the firm's systems. Both were aware of the most critical item on the to-do list in the hours before lockdown: "To make sure I could connect from home," said Baik, an international tax attorney who left accounting giant Ernst & Young for the post.

Changing jobs is intense under the best of circumstances. And there is looming devastation in many parts of the legal industry. But for lawyers who are still employed and making moves as the coronavirus pandemic and resulting economic shockwave spread through the nation, unexpected challenges have made for a harder landing. The outbreak has also bedeviled some of their most basic professional duties — such as getting court signoff on settlements that will allow them to get paid or meeting new colleagues and potential clients.

"All this stuff is being postponed," said Danielle Garbien, a veteran renewable-energy projects and deals attorney who moved from Sidley Austin LLP to Bracewell LLP on March 6 and started working from home the following week. "When everything went remote, I had been planning on visiting the Houston office and people in Washington, D.C., and attending a solar conference in San Diego."

Meetings like that are now impossible. Garbien and her team have instead been meeting online for "quarantinis," where she has seen new colleagues' kids, pets and homes from the computer screen, an unexpected form of intimacy growing in the cracks of social distancing.

For new Holland & Knight LLP partner Jeff Harvey, who started March 2 after working in-house at a variety of companies, including in the construction industry, the cancellation of a firmwide meeting set for mid-March frustrated his plans to meet colleagues in his practice areas from the firm's many other offices.

All parts of the social web are affected, not just visits to other firm offices, he noted. "It's a little bit of a setback from a client-development standpoint," Harvey said. The "remote and virtual marketing process" he is now undertaking to announce his move and build or reinforce client relationships is only a substitute for a face-to-face connection, he said.

On the other side of the coin, coming from in-house as Harvey did means he has firsthand awareness of what clients are going through.

Some new hires have found their adjustment period affected in another way: being immediately whisked into coronavirus task forces on arrival. 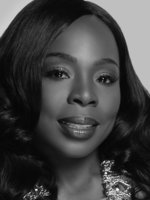 Letitia Silas, a management-side labor pro who joined Fisher Phillips on March 17 from Howard University and Howard University Hospital, where she was senior associate general counsel and director of labor relations, said she is seeing clients shaken by the economic jackknife that has followed the pandemic. The employment-focused firm has transformed its home page into a COVID-19 clearinghouse, and Silas is spending much of her time these first weeks helping update that information.

"Even though I was doing onboarding, I was still answering questions from clients, writing articles for the labor group and the health care group," Silas said. Emails for the firm's COVID-19 task force go to a special inbox, she said, "so I wake up and those are the emails that I'm seeing."

Silas sees clients fretting, she said. "And they should. These are not ordinary times."

A move from in-house is different from a lateral move, Silas noted.

"There is probably a little bit more of a transition there. So I can't say I'm completely the guru of being a partner," she said, but "if you're talking about being engaged, then I feel like I'm completely engaged."

Nevertheless, Julie Brush, the head of legal recruiting firm Solutus, said she is seeing concern among the job changers she works with.

The situation and its suddenness are causing "a certain level of anxiety, because there's an unknown. But I do think that those conversations and discussions are being had with the employers," Brush said, putting people on the same page as a new chapter begins.

White-collar litigator Torrey Young, who has a public health background and is married to a doctor, officially joined Mukasey Frenchman & Sklaroff LLP from Foley & Lardner LLP on March 2. One of her first clients was a Harvard professor in trouble over statements on grant funding; Young is now unable to meet with the professor in person. But she said a greater difficulty is working with courts and regulators that can be extremely tricky to access at the moment.

Young is also her children's current sole caretaker: Her husband is a hospital anesthesiologist who is isolating from the rest of the family.

"Scheduling calls and virtual meetings while keeping my door barricaded with an ottoman is a new experience for me," Young said.

Baik, too, has had family in the forefront of his mind during his move. His parents and sister live in South Korea, a country that was hit by the cononavirus at the same time as the U.S.

"In normal situations, I would have had an easier time prioritizing the work transition. But I think in the current situation your priorities clearly should be on family and your loved ones," Baik said. "In my situation, my loved ones being so far and that country being one of the most severely impacted countries … that's led to a lot of anxious moments."

He has felt reassured by South Korea's massive testing and contact-tracing program, and he said at this point his family members might be more worried about him.

In Washington, D.C., mass torts expert Gary Mason and his partners opened the doors of Mason Lietz & Klinger LLP on March 16. Mason said that the new business is running smoothly in most respects, and that he is even saving a great deal of money on travel, being on the road zero nights a week instead of the two to three that had been his norm.

But new businesses need funding, and Mason is concerned about holdups for legal fees that need court approval.

"Everyone likes to say that plaintiffs lawyers' work is recession-proof," Mason said. But with the virus, and courts in a deep freeze, he has cases that have received tentative settlement approval and are waiting for final court approval. Final approval is the only thing that matters where fee payouts are concerned.

"I have hearings that were scheduled for [April] that have been put off by at least three weeks, if not more," Mason said. "That's going to delay my ability to ultimately get attorneys' fees."

Samantha Thompson, who co-founded Houston-based Hogan Thompson LLP with a partner on Feb. 1, does both plaintiffs-side and defense-side work, largely for oil and gas clients. 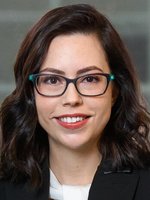 For entrepreneurs like Thompson, client development isn't the only task. They must also consider rent, physical infrastructure and bills. And the coronavirus has gotten in the middle of these transactions.

Some hiring will have to wait for later too. Attorneys working remotely have no need for a receptionist, for example, Thompson said.

The firm did sidestep the devastation of the virus in at least one respect: It negotiated four months of free rent at the start of its lease and doesn't have that expense until June. Thompson is hopeful that lower costs will help her firm woo "cost-conscious" fossil-fuel clients. Her current clients are more carefully vetting contemplated litigation and are asking for more counsel on the pandemic itself.

Meanwhile, the crisis has disrupted departures as well as arrivals, creating some of the most poignant moments for job changers.

Top litigator Nicholas Boyle started at Latham & Watkins LLP on April 1 after leaving Williams & Connolly LLP. His last physical day at his old office was March 12, and then the firm went remote for Boyle's final fortnight and he had to leave an office full of belongings behind a locked door at his former firm. Some are very dear to him.

"I've got a 16th-century map of my hometown, Edinburgh, which I would like to get back," Boyle said. "Williams & Connolly has very nicely said they'll let the movers come in when it's safe to do so."

It wasn't just possessions Boyle had to temporarily relinquish during an unconventional moment.

"I have a long list of people where I'm going to catch up with them and grab a drink or lunch when the craziness ends."

Correction: An earlier version of this story misidentified where Hogan Thompson LLP is based. The error has been corrected.

Update: This story has been updated with additional information on Torrey Young's client as well as her husband's medical specialty.