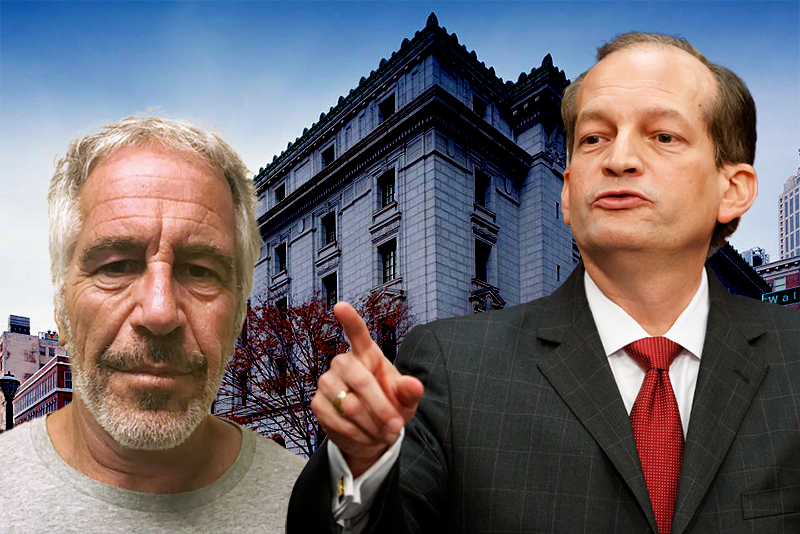 When then-U.S. Attorney Alex Acosta agreed in 2008 to drop sex-trafficking charges against Jeffrey Epstein before they were filed, nobody told Epstein's victims. According to a recent appellate court ruling, nobody needed to because victims don't have federal rights until after formal charges are filed.


Can the victim of a federal crime assert her rights under the Crime Victims' Rights Act — even if no criminal charges were ever filed?

The answer is no, according to a split opinion out of the Eleventh Circuit last week. Ruling on a petition brought by Courtney Wild, who says she was sexually abused as a teen by notorious billionaire sex offender Jeffrey Epstein, the majority held that only formal charges can trigger the protections afforded by the CVRA, even if there is substantial evidence of a crime having occurred.

"Under our reading, the CVRA will not prevent federal prosecutors from negotiating 'secret' plea and nonprosecution agreements, without ever notifying or conferring with victims, provided that they do so before instituting criminal proceedings," the opinion, authored by Circuit Judge Kevin C. Newsom, said. "We can only hope that … they will not do so."

The opinion creates a circuit split between the Eleventh Circuit and the Fifth Circuit, which held in 2008 that a victim's rights to confer with the prosecution and to be treated "fairly" actually do extend to the pre-charge phase of a prosecutorial investigation.

"Unfortunately, at least in the Eleventh Circuit, victims now have no rights until prosecutors decide to file an indictment in the case," Wild's attorney Paul Cassell told Law360.

Unfortunately, at least in the Eleventh Circuit, victims now have no rights until prosecutors decide to file an indictment in the case. 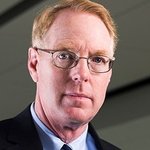 The result is a stunning reversal from just over a year ago, when a Florida federal district judge held that prosecutors violated the CVRA by keeping Wild and other victims in the dark about a 2007 nonprosecution agreement with Epstein. At the time, victims' rights advocates predicted that the ruling would set a key precedent preventing future victims from being shut out of the criminal justice process.

In the case at hand, Epstein's victims had hoped to invalidate the 2007 agreement and reopen the criminal case, only to be foiled in August by the financier's suicide in a Manhattan jail cell while facing separate sex-trafficking charges.

The following month, the district judge ruled that Epstein's death mooted Wild's case, prompting her appeal to the Eleventh Circuit. Last week's ruling effectively undid her victory from early 2019, defanging the power of the CVRA laid out by the district judge.

Now 12 years into the case, her counsel isn't giving up.

Cassell said he plans to petition for an en banc hearing in hopes that the full Eleventh Circuit will overturn last week's panel ruling. He added his client is prepared to take the matter to the U.S. Supreme Court because, even with Epstein dead, there is still a chance of invalidating the agreement and pursuing charges against several named and unnamed co-conspirators protected by the deal.

"The executive branch surely has the right to make the final decision about whether to file charges," Cassell said. "But what Congress has said is that prosecutors have to at least listen to victims before making that decision. There's no interference with the separation of powers."

The Eleventh Circuit majority said otherwise in the April 14 opinion, finding that, based on the language of the CVRA, legislators never intended to grant rights to victims before a case is filed.

If they did, Judge Newsom said, "courts would be empowered to issue injunctions requiring (for instance) consultation with victims before raids, warrant applications, arrests, witness interviews, lineups, and interrogations" — all of which could jeopardize prosecutorial discretion.

One section of the CVRA explicitly states that victims' rights can be asserted "if no prosecution is underway." Cassell interpreted that to mean that victims' rights must arise before formal charges are filed, but Judge Newsom noted the section could "just as easily" be interpreted to refer to the period of time after a prosecution has run its course.

In the Epstein case, the prosecution never got off the ground, despite the government having prepared a 53-page draft indictment for federal sex-trafficking charges. The draft indictment came after reports that Epstein was molesting high school girls in his mansion in Palm Beach, Florida, allegedly paying $200 to $300 for "massages" that often turned sexual.

As early as August 2006, the government was sending victims letters to inform them of their rights under the CVRA, including the right to confer with prosecutors. But in September 2007, Alex Acosta, then the U.S. attorney for the Southern District of Florida, reached an unusual nonprosecution agreement with Epstein's star-studded defense team, which included Harvard professor Alan Dershowitz and former special prosecutor Kenneth Starr.

The deal allowed the financier — and notably, named and unnamed alleged co-conspirators — to evade federal sex-trafficking charges by his pleading guilty to state charges of soliciting underage prostitutes.

In June 2008, Epstein entered his guilty plea in state court and was sentenced to 18 months in a county jail. None of the three dozen identified victims appeared at the hearing; they'd been wrongly assured by the Department of Justice that the federal probe was ongoing.

Within a few days of Epstein's plea, Wild filed her petition arguing that Acosta's office had violated her CVRA rights by deliberately concealing the nonprosecution agreement.

At that point, the government, which had repeatedly told victims and Epstein's counsel that the CVRA rights applied during the pre-charge period, argued for the first time that the CVRA actually did not apply at all to pre-indictment negotiations with a potential federal defendant.

During the ensuing legal battle, the DOJ's Office of Legal Policy issued a December 2010 memo declaring that victims' rights are guaranteed "only from the time criminal proceedings are initiated through a complaint, information or indictment."

The memo states it was prompted by an effort to update official guidelines for victims and witness assistance. Its signatory, former DOJ official John Bies, declined to comment.

Cassell asserted the memo was an attempt to cover Acosta's actions in the Epstein case.

"The timing was after our filing of this lawsuit," he said. "I think it was designed to justify what most people would say is unjustifiable."

Within months of the DOJ memo, a co-sponsor of the CVRA, Sen. Jon Kyl, objected to its conclusions in a letter to Attorney General Eric Holder.

"When Congress enacted the CVRA, it intended to protect crime victims throughout the criminal process — from the investigative phases to the final conclusion of a case," Kyl wrote.

In last week's blistering dissent, Circuit Judge Frank M. Hull expressed bewilderment at the majority's interpretation of the statute, at one point wondering "how in the holy name of plain text" the other two judges sided with the government in the case.

"The empty result here is only because our court refuses to enforce a federal statute as Congress wrote it," she said. "The CVRA is not as impotent as the majority now rewrites it to be."

Cassell noted that, for all the majority opinion's concerns about the dangers of pre-charge victims' rights clashing with prosecutorial discretion, "the sky hasn't fallen" in the Fifth Circuit, where prosecutors have been required to protect victims' rights pre-charge since 2008.

In a case involving trafficking, your victim witnesses are your best witnesses. You want them on your side. 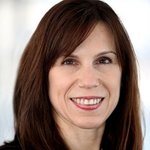 Jennifer Rodgers, a former prosecutor for the Southern District of New York who now serves on the board of Columbia Law School's Center for the Advancement of Public Integrity, said that keeping victims in the loop about a case, pre-charge, was standard procedure.

While she acknowledged some instances where the government can't keep outsiders up to speed about a case's twists and turns — for example, plans to carry out a search warrant in a covert operation — she said it's a best practice to keep victims informed. Her office had a victim witness coordinator to keep track of CVRA compliance.

"Hiding information is also just not good for your case," she said. "In a case involving trafficking, your victim witnesses are your best witnesses. You want them on your side."

As for the majority opinion's concerns that extending victims' rights to a pre-charge period could create a "slippery slope," Cassell said a clear line can be drawn as to when rights arise — namely, "when the case is crystallized to the point that prosecutors are having concrete discussions with defense attorneys."

Florida state Sen. Lauren Book told Law360 that the Eleventh Circuit opinion highlights the importance of state-level victims' rights laws. Book has been a prominent backer of Marsy's Law for All, a nationwide campaign that has led 10 states to enshrine victims' rights in their constitutions.

Marsy's Law passed a Florida voter referendum in 2018. Book said it provides victims more protections than the CVRA because their rights do not depend on the state filing charges.

"If the state wants to clear cases without charges being filed ... then the state would still have to comply with the Marsy's Law protections — the kind of protections Epstein's victims were denied, such as consultation and opportunity to be heard," she said.

In 2015, Congress sought to shore up gaps in federal crime victims' protections by passing the Justice for Victims of Trafficking Act, which requires notifying witnesses "in a timely manner of any plea bargain or deferred prosecution agreement in their case."

But because Wild's suit began years before the act became law, last week's ruling didn't address whether the law would apply to Epstein's nonprosecution deal. Unlike a deferred agreement, his did not include the filing of federal charges.

For Wild, the Eleventh Circuit's refusal to acknowledge her rights as a victim "is impossible to understand."

"The government intentionally misled the victims but found a way to get away with it by working with a child molester to get around the law," she said in a statement. "And the judges ruled in their favor."