After Win, Those Fighting Divided Verdicts Eye Next Chapter 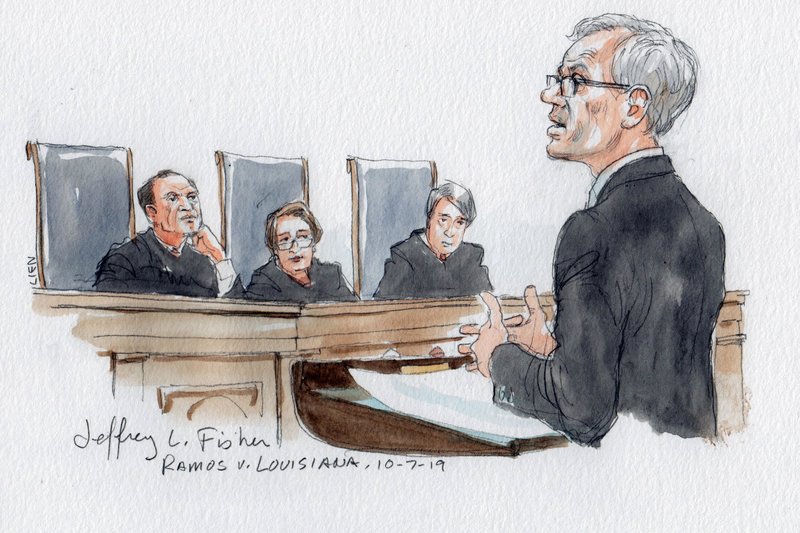 
When the U.S. Supreme Court decided on April 20 to overrule a 40-year-old precedent and declare nonunanimous jury verdicts in criminal cases to be unconstitutional, it was a feast for many legal observers.

They focused on the multiple opinions penned by the justices, the different ways justices handled the thorny legal history of the issue and the implications for the court's approach to overruling precedent.

But for advocates in Louisiana and Oregon, the only two states to allow nonunanimous convictions in recent decades, the focus was on the impact the ruling could have on convicted people in their states.

"I screamed," said professor Aliza Kaplan, director of the criminal justice reform clinic at Lewis & Clark Law School in Portland, Oregon. "Since January, I have been sitting by my computer [waiting for the ruling]. And then suddenly there it was. I almost couldn't read it."

The decision meant that Oregon, the last state in the country to allow convictions based on nonunanimous jury verdicts, would be required to change its practice going forward. It also allows people with nonunanimous convictions who are still appealing their cases in Oregon and Louisiana, which only recently abandoned nonunanimous verdicts, to petition for new trials.

There are still several unknowns, like how the decision might impact defendants who have exhausted their appeals, but advocates say the ruling is an important stepping stone, especially as the coronavirus pandemic threatens incarcerated populations.

"For those of us in Louisiana, I think it was really exciting," said William Snowden of the Vera Institute of Justice and The Juror Project, which campaigned for the law requiring unanimous juries in Louisiana in 2018.

The case was originally filed by Evangelisto Ramos, a Louisiana man convicted of murder in 2016, when the state still only required 10 of 12 jurors to vote guilty in order to secure a conviction.

The Supreme Court's ruling in Ramos' favor overturned an unusual 1972 Supreme Court ruling, Apodaca v. Oregon, which allowed nonunanimous jury convictions only in state, not federal, court. The deciding vote in that case was cast by a justice whose legal reasoning was described by Justice Neil Gorsuch in the majority opinion last week as "neither here nor there," opening the door for the justices to throw it out.

The nonprofit Promise of Justice Initiative, which is based in New Orleans, estimated that thousands of people have been convicted with nonunanimous juries over the past 30 years, though exact numbers are hard to come by.

Snowden said there are up to 100 defendants in Louisiana whose cases are still going through their initial appeal who were convicted with fewer than 12 jurors, and that these defendants should be able to petition for a new trial immediately.

In Oregon, Kaplan estimated that the number of people in a similar position is in the hundreds. The state's highest court, she said, had been tracking those appeals since the Ramos case went up to the U.S. Supreme Court, which would hopefully allow there to be an orderly process for getting new trials for defendants.

The process in Oregon is complicated, however, by the fact that the only way to know how a jury voted is if the defense attorney asked to poll the jury after its vote.

"Some attorneys always do, some never do," Kaplan said. That lack of information means there is no way to easily identify people who have been convicted by a 10-2 or 11-1 vote, she said. Even individual defendants digging into their specific cases might be out of luck unless they find relevant jury notes that reveal how people voted.

Ben Cohen, an attorney for Ramos, argued that given the risks posed by the COVID-19 pandemic, it is more important now than ever that people sitting in prison based on an unconstitutional policy be aided quickly.

"As COVID runs through the prisons in Louisiana, I'm just so frustrated, concerned, that justice may come too late for those who have waited too long," he said in an email.

But while many hope that the courts move quickly, prosecutors stressed the importance of moving carefully and considering crime victims in the equation.

The Oregon District Attorney Association, which in the past has argued that the issue of jury unanimity should be left to voters and not the courts, said that it is reviewing the decision, though it added in a statement that its members "welcome" the guidance from the high court and "will rely upon it to ensure we are doing justice in our communities."

The Louisiana attorney general's office, which represented the state in the case, said in a statement, "Our law has since been changed and the Supreme Court has now issued this new ruling, yet our focus remains the same: to uphold the rule of law and protect victims of crime."

"We will continue working to ensure crime victims in Louisiana receive the justice they deserve," it said.

Oregon's Jackson County District Attorney Beth Heckert told Law360 that her office will wait to see what the appellate courts decide in pending cases and then assess those cases individually. The office will communicate with victims and evaluate whether it could go forward with a retrial against defendants on an individual basis, she said.

And both reform advocates and prosecutors are uncertain what will happen to people convicted by nonunanimous juries whose appeals are no longer pending.

While the court declared that the Constitution mandates unanimous juries for convictions, it did not address the question of whether the decision should be applied retroactively.

Snowden noted that when Louisiana changed its law, the state deliberately said the change could not apply retroactively. The justices' decision has opened the door for retroactive application, he said, but whether the courts will treat it that way remains to be seen. It might be a question that lands the issue before the high court again, he said.

Overall, though, Snowden said he was pleased by the ruling and especially by the fact that Justice Gorsuch addressed not only the constitutional questions at play, but the context in which the laws were passed.

Justice Gorsuch's opinion openly acknowledged the documented racist motivations behind both the Oregon and Louisiana laws. Both states openly adopted the practice in an effort to limit the influence of nonwhite jurors, as an alternative to having an outright ban on nonwhite jurors struck down by the courts, Justice Gorsuch wrote.

"No one before us contests any of this; courts in both Louisiana and Oregon have frankly acknowledged that race was a motivating factor in the adoption of their states' respective nonunanimity rules," the justice said.

For Snowden, that sent a message.

"For the people that have been impacted by the nonunanimous jury law, namely black and brown defendants as well as black and brown jurors, for them the question was whether this kind of incorporated racism in our criminal legal system would continue," Snowden said.

To have that acknowledged by the highest court in the land mattered, he said.

"It was very important to have the Supreme Court lay this issue to rest so that it could never rear its ugly head again," Snowden said.