By Emily Field
Law360 is providing free access to its coronavirus coverage to make sure all members of the legal community have accurate information in this time of uncertainty and change. Use the form below to sign up for any of our weekly newsletters. Signing up for any of our section newsletters will opt you in to the weekly Coronavirus briefing.


Law360 (May 11, 2020, 7:25 PM EDT) -- Hunter J. Shkolnik of Napoli Shkolnik PLLC, one of the top plaintiffs attorneys representing local governments in litigation over the opioid epidemic, recently spoke with Law360 about working from home now that he's off the road and the benefits of teleconferencing for attorneys. 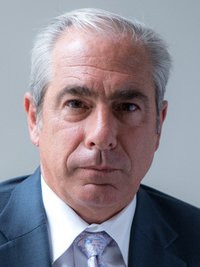 Shkolnik represents cities and counties in the opioid multidistrict litigation consolidated in Ohio federal court, as well as Nassau County in New York state's suit against opioid companies. The suit was set to go to trial on March 20, and would have been the second state suit to go to trial following the Oklahoma attorney general's win against Johnson & Johnson last summer, when it was put on hold because of the coronavirus pandemic.

How have you adapted to working remotely?

I live my life working remotely, so this is really no different. I hate to say it because people are going through so much hell, but for me, being able to work remotely and be home, it's something I don't get to experience too often. I don't get to see my family because I'm on the road four or five days a week.

I'm doing remote calls and conferences from hotel rooms, from other people's law offices around the country. While I'd love to be going to restaurants and socializing, but at least the positive is that you get to be with your family, which I don't get a lot of.

Do you have children at home?

My kids are grown, but my daughter, who is a lawyer in my office, Rachel, her wedding was scheduled for Cipriani on March 15 in Manhattan, and of course it was canceled when the lockdown happened. She and her fiancé came out here. We did a small wedding at my house, and they've been living with us ever since. My other daughter lives seven minutes away from me with my 8-month-old grandson, so my captivity or lockdown has been great to spend time with my daughters and grandson and my sons-in-law and my wife.

I'm in Long Island, I'm out in Oyster Bay. My daughter and her now-husband, they live in the city, so rather than being locked in a high-rise, they came to stay in our house. We have land, we have the beach to walk across the street, so we're in the country.

What were you preparing for when the pandemic hit?

We were literally in the courtroom before Judge [Jerry] Garguilo out in Suffolk County in New York on the final pretrial conference because we were starting jury selection in the New York opioid trial on [the upcoming] Friday. While we were in the courtroom with 100 people, an email came down from the Office of Court Administration stopping our trial. We had scheduled 500 jurors to come in, in waves of 150, and the court system said they couldn't take the risk.

That must have been something of a shock.

It was. By that point in time you are in full battle mode. War rooms were set up. Teams had already come in and been in place. Everyone knew potentially something was going to happen — no one understood the magnitude of this. And then it was like, hot off the presses, the judge's administrative assistant came walking into the courtroom and hands him a printout of an email from OCA and basically shut down everything.

Have you been able to do any work on the case remotely?

There were discovery disputes that were still hanging at the time trial was going to begin, and we've been dealing with them.

Overall, I have been working full time since the shutdown. We did not lose a beat at our office.

Do you think it is feasible to use teleconferencing or Zoom to conduct a trial?

I think it's quite possible. I actually gave testimony in a hearing that I'm not a party to just this morning by Zoom. It was a full remote trial.

It's a little bit different. They've given exhibits before, so you have them queued up on your computer and you're on Zoom. You put on your suit — I'm smart enough to put on pants as well, not like that television reporter — and it went very well.

I've been doing depositions now as well in the Flint water litigation. The judge immediately implemented a remote deposition protocol because she was not going to slow the case down. We have been doing them, and what were two-day depositions before are now one-day depositions. Lawyers are being much more streamlined, to the point where you're giving them the exhibits in advance and your targeted questioning and we move on. I think we're onto something here, to be honest.

We're not going to do that. I just don't see us willingly doing it unless it's absolutely necessary now, since we're finding out this works.

So you're not missing anything from in-person depositions or hearings?

What I think we're going to see more of is the actual questioner shows up at the deposition and counsel for the witness and most everybody else comes in remote. If I was a client, I wouldn't be willing to pay to have 20 lawyers fly to a city just to sit there and watch two other lawyers do questioning. You can do it just as well remotely.

I think we're all going to start realizing that it's the smarter, more cost-effective way to do it.

I still want to see witnesses live. I think that's important to get a feel for someone. But a lot of other meetings, we're going to have a meet and confer face-to-face, get on a plane and be here tomorrow. I think we're going to be less inclined to say yes to that.

We'll set up a Zoom, we'll all be on it, and it's easy. We can even have special masters join, whereas before it was a face-to-face. You all had to go to whatever city the special master is in.

I think we're onto something new and better for us.

What types of claims can you see arising out of the pandemic?

The one we're all hearing about is the business interruption. That is going to be a battleground in every state for some time to come. We always see them after the hurricanes, the fires, the floods, but this has brought on a totally different magnitude to the problem.

In some states it's going to be easier than other states, and I'm wondering if there's not going to have to be some kind of bailout for the insurance companies because of the magnitude of the losses.

The other area where I see a lot of potential — I use my daughter's wedding as an example. This was a wedding for 300 people at a very nice venue in New York City. We had to cancel it. They were very good about it. They've given us a new date and now another new date. But I'm hearing stories — someone contacted me, a vendor participant of a show at the Javits Center, which was the same weekend as my daughter's wedding. It was canceled and they basically told the people we'll reschedule it for the summer and here's the date. But the vast majority of the vendors can't pack up and do that. That's just one example.

The college students who have paid for dorms for a semester and not getting their money back. College tuitions, where you're paying for in-school tuition and now you're being flipped to remote education, which I believe are charged at different rates. There's also other fees that in-school students pay that they shouldn't have to pay, and schools aren't immediately saying we're going to reimburse the students.

These are just the tip of the iceberg. There are so many of these shows, concerts. The fact that they're saying we're going to redo the show at another time is not an option for some people. Vacations are another really difficult situation. You have some airlines, some hotel chains being very good about it. Some giving refunds, some easily making changes. But you have other ones that are not as quick to reimburse, and that's going to be a lot of litigation. We're getting contacted by people on those types of cases, and those are going to be class actions, I know it. You would think these companies would try to do the right thing and return deposits, but they're under the financial squeeze as well, and they're saying we're going to lose money and our customers are going to lose some as well, but I think that's a short-sighted way of looking at it.

Other than work, how have you been keeping yourself occupied during the shutdown?

I'm going to come out of here the healthiest I've been in a long time. I spend an hour and a half on the Peloton every morning, work for hours and then my wife and I go out for four- to eight-mile walks, and I run. I don't sit around watching TV ... It's a great way to come out of it not looking like a couch potato.

Also, housecleaning, something I have not had to do in a long time. I'm proud to admit it: I cook and I clean.

What do you cook?

I grew up in an Italian household, and my grandfather was an Italian chef, owned a restaurant. My mother was a fantastic cook and taught me how. I haven't had time in recent years to sit around and go out shopping and get what we need and cook, so just good old family Italian recipes. That's why we need to be on the Peloton and doing long walks, because otherwise it would be showing differently.

And I found out I don't like folding laundry, too. I don't mind the towels, I take out all the towels, but the other stuff, I pass. I'll wash it, I'll bring it down, put it in the washing machine and the dryer and carry it up.

What are you looking forward to when the shutdown ends, whenever that is?

I would have to say, even though I'm so tired of going to restaurants when I travel, going to a restaurant and sitting down and having someone serve us. We have been trying to take food in from our favorite restaurants that are struggling to stay alive, so we're still bringing some stuff in.

But I'm looking forward to a night to go sit down and order something where I know I'm not going to have to wash the dishes and pots afterwards, the little things in life you forget about.