Law360 (May 29, 2020, 8:32 PM EDT) -- As new House proxy voting rules let lawmakers act remotely during the pandemic, constitutional scholars told Law360 that a Republican lawsuit challenging the procedure has little chance of success. Some former GOP lawmakers expressed reservations about their fellow Republicans' arguments and urged them to support some form of remote proceedings. 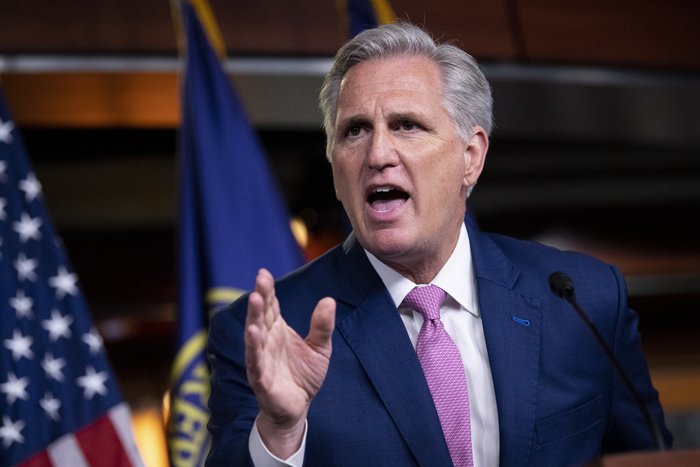 In their lawsuit filed in D.C. federal court on Tuesday, House Republicans and several constituents argued that a Democratic-backed rule change allowing members to cast proxy votes for colleagues not on the House floor dilutes the power of their votes. On Friday, another 139 GOP lawmakers joined the lawsuit, whose plaintiffs now include 160 of the chamber's 197 Republicans.

Experts on constitutional law say the case will likely have a short life span. The U.S. Supreme Court has been "highly skeptical" of allowing legislators to pursue lawsuits as individuals or in small groups, said University of Alabama law professor Tara Leigh Grove.

"This is very much an uphill battle," she said. The case could be dismissed for myriad reasons, including standing, ripeness and the judicial branch's reluctance to get involved in political disputes.

"Their lawyers must know this cannot succeed, for a whole bunch of reasons. The courts could choose any one of those reasons to throw this suit out," he said in an email. "This complaint must be political grandstanding."

A pair of longtime congressional observers also knocked the suit.

"I think this is done for showmanship, and it's just not responsible," said Norm Ornstein, a leading expert on congressional dysfunction. The American Enterprise Institute scholar suggested the real motivations for the lawsuit were political goals: to slow down or cast doubt about action and oversight in the Democratic-controlled House, and to provide "campaign fodder" against Democrats that use proxies.

Ornstein and his frequent coauthor Thomas E. Mann have both said that they're moderate Democrats who work with both parties. Mann said in an email that House Republicans' current position reminds him of their "absolutist opposition" to contingency plans after the 9/11 attacks.

"The measure adopted by the House to allow temporary instructed and transparent proxy voting in the face of a national emergency is a very limited and pragmatic response to a serious threat to our government," Mann said.

The proxy voting rule, adopted over unified GOP opposition, lets lawmakers designate another representative to cast their ballot based on specific instructions for all votes, which are always public. The approximately 70 Democrats who have registered proxies include many from western states as well as several with health issues, including one hospitalized with pneumonia and another undergoing cancer treatment.

At a news conference Wednesday, Republicans championed their lawsuit, which pits each congressional chamber's right to make its own rules against what Republicans say is a constitutional requirement of physical presence for votes.

"For more than 231 years, never have we seen a proxy vote on the floor of the House. This challenges the Constitution only to empower the speaker," said Minority Leader Kevin McCarthy, R-Calif. "The Constitution is very clear on this. The founders believed we should assemble. ... Yes, the House can make their rules, but they cannot make something different from what the Constitution says."

The third-ranking House Republican, Rep. Liz Cheney of Wyoming, said, "In my own view, being present doesn't necessarily require physical presence." However, she still attacked the rule change, which passed May 15 with all Republicans and three Democrats opposed.

However, former Republican members of the House were skeptical that proxy voting would advantage the majority.

"I don't know that it helps one party or the other," said Mickey Edwards, who represented an Oklahoma City-area district for 16 years. Now at the Aspen Institute, he held a House GOP leadership post and chaired the American Conservative Union.

There was also uncertainty from a former South Carolina representative who has joined other former lawmakers in studying remote options. Bob Inglis served 12 years in the House and now leads RepublicEn, a group advocating free-market policies to address climate change.

However, both former GOP lawmakers said they would strongly prefer remote voting rather than proxy voting. While proxy voting has a lawmaker register the votes of physically absent colleagues, remote voting could involve something like a live roll call with representatives appearing by secure videoconference, or some sort of public electronic balloting system.

"Final passage by proxy, I think, is definitely wrong," Edwards said. "I don't know if it's unconstitutional, but I think it's really bad policy. ... You are putting your constituents' vote in the hands of somebody else."

But Inglis said it was important to find an alternative to entirely in-person votes, which require hundreds of lawmakers to travel from all over the country and gather in Washington, along with thousands of staffers and Capitol workers — a recipe for spreading the virus. Several lawmakers, Capitol police and other workers have come down with coronavirus. Rep. Ben McAdams, a 45-year-old Utah Democrat, was hospitalized for a week in March.

"There's no reason that the people's business has to just stop," Inglis said. "And there's also no reason to subject members and staff to the risk of a pandemic by forcing them back to town when the business could just as easily be conducted remotely, and I do believe it can."

The House's Democratic leadership has been wary of remote voting, with concerns about cybersecurity ranging from hacking to impersonation via deepfakes. Proponents point out that the military has relied on secure videoconferencing for more than a decade, even for generals briefing presidents from war zones.

A former Democratic representative who has been pushing for alternative procedures also preferred remote voting. Brian Baird, who represented a Washington state district for 12 years, chaired a mock remote hearing last month with former lawmakers, including Inglis as vice chair.

"I'm not a fan of proxy voting," Baird said. "Proxy voting is better than nothing, but it's not as good as remote, real-time, online voting."

Baird, who helped lead a post-9/11 commission on continuity of government, urged Congress to make contingency plans in case a second wave of coronavirus is even worse, or if the country were to face a devastating terrorist attack or act of war.

"We've known about these problems for 20 years, and the Congress of the United States has done nothing substantive and valid," he said, calling America's democratic institutions "inexcusably vulnerable."

Even Edwards would accept remote voting in emergencies.

"I could live with remote voting," the former Oklahoma Republican said. "I really think the constitutional issues are weak, and I probably more than anyone else would jump up and say, 'Wait, that's unconstitutional.' I led the fight against term limits and the line-item veto."

That fight over the line-item veto — a 1990s measure that let the president nix parts of bills while signing them into law — provided a precedent that constitutional scholars expect will foreclose House Republican's new lawsuit.

In 1997, the U.S. Supreme Court ruled that a group of lawmakers did not have standing to challenge the Line Item Veto Act because they did not have an individualized injury. Chief Justice William H. Rehnquist wrote the opinion in the 7-2 decision.

Grove, the University of Alabama law professor, said that since then the courts have been "skeptical of legislative standing when the case is brought by individual legislators or a small group."

The plaintiffs also include four constituents of named Republican lawmakers, presumably with the aim of securing standing another way. An updated complaint Friday added a constituent of Charlie Crist, a Florida Democrat who registered a proxy. But Grove said their complaint of diluted representation remains "a very abstract, generalized grievance."

Even if a judge recognized standing, there would be the issue of ripeness. Although proxy voting has begun, it hasn't yet been used to approve something that became law.

And beyond those threshold issues, Grove said, it seems likely judges will consider this a "political question" the Constitution does not let them consider.

Redish, the Northwestern University law professor, is a critic of the political question doctrine. However, he says judges are likely to apply that label here, as they have in deciding that the Senate can set its own rules for impeachment trials.

Redish said that if judges do consider the merits, he thinks the case would still fail because the Constitution does not impose any specific interpretation of words like "assemble," as Cheney suggested

Ornstein also anticipated a quick dismissal, but said an appeal to the D.C. Circuit could be unpredictable.

"The tribalism that's hit Congress has bled over into the courts, so it may well depend on the panel" of appeals judges, he said. But he forecast that the Supreme Court would not touch the merits, even with a majority of Republican appointees.

"It is such a hornet's nest to get into adjudicating congressional rules, [especially] in the midst of a pandemic," he said. "Even with a very jaundiced view of five Supreme Court justices who seem to me to be more Republican justices than anything else, I would be still quite stunned if they ruled for McCarthy."

At the outset, the case has been assigned to U.S. District Judge Rudolph Contreras of the District of Columbia. On Monday, he set an expedited briefing schedule and scheduled a hearing for July 24.

The judge has previously dismissed another high-profile lawsuit aimed at forcing action in Congress. In 2016, as Senate Republicans refused to consider the elevation of D.C. Circuit Judge Merrick Garland, a New Mexico lawyer sued Senate GOP leaders for allegedly diminishing the power of his votes for New Mexico's senators.

The judge found the plaintiff lacked an individualized injury that would have allowed the suit to proceed. Although citizens might see problems with the legislative process, he wrote, "the framers of the Constitution left their resolution to the political branches, not the judiciary."

The D.C. Circuit endorsed the dismissal in a brief opinion that cited the same 1997 high court decision that may stop House Republicans' suit this year — Raines v. Byrd

— which forbade lawsuits when the alleged injury is "wholly abstract and widely dispersed." The Supreme Court declined to hear the appeal.

Update: This article has been updated with details about the additional plaintiffs and the case schedule.