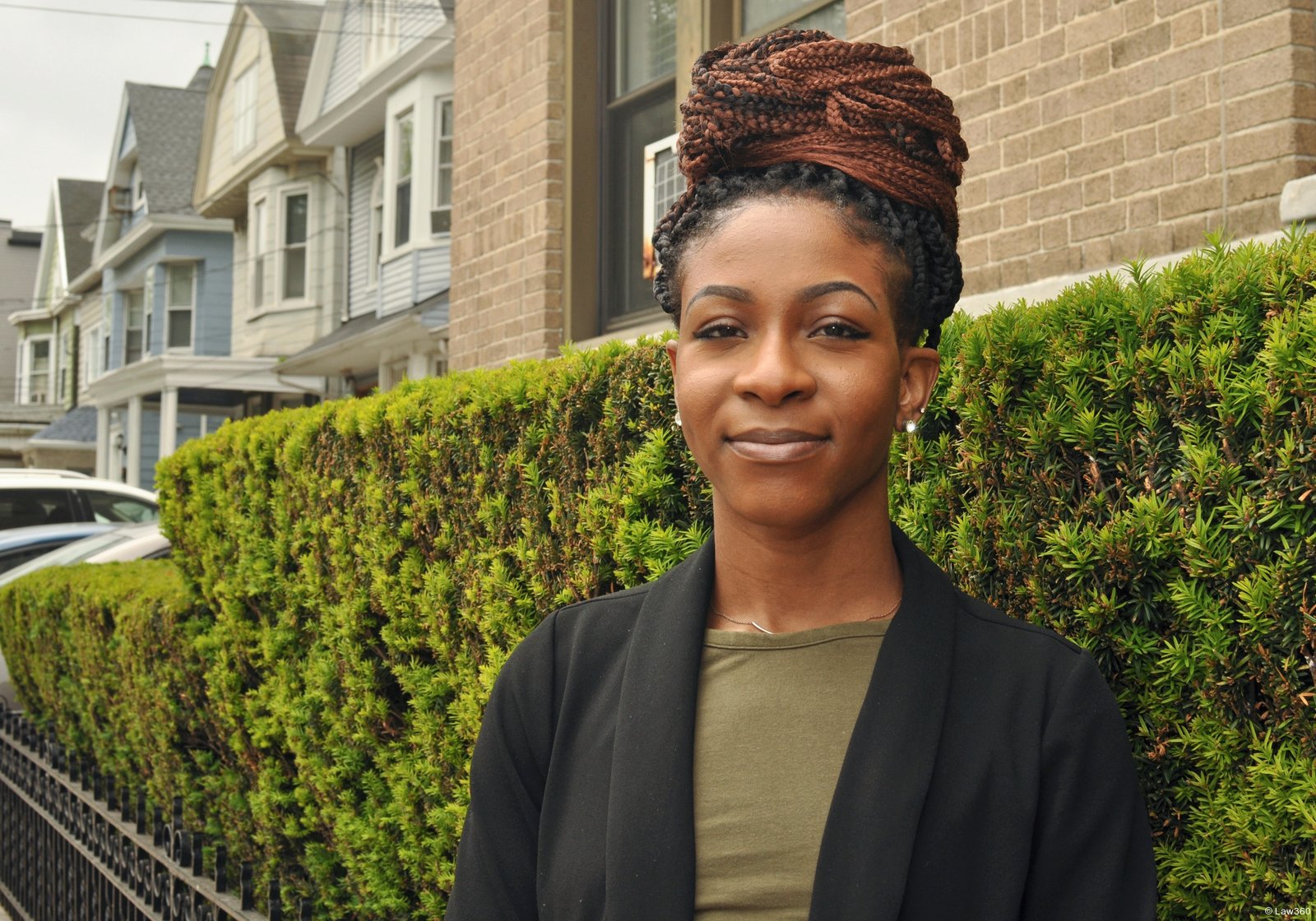 Iesha Sumerall is among the law graduates in New York City whose plans to retake the bar and continue representing the indigent have been impeded by the coronavirus pandemic. (Kevin Penton | Law360)


When Tanya failed the New York bar exam for the second time in February, there was a ripple effect.

First, her employer, a legal services provider for the indigent, transferred all 30 of her misdemeanor clients to another attorney and changed her title from law graduate to investigator. Then, she learned her salary would drop by $12,000 effective mid-June.

"I've been doing all the work that an attorney does," Tanya, who asked not to use her real name, told Law360. "Why shouldn't I be able to continue practicing because I haven't passed a test?"

Under New York's Judiciary Law Section 478, law school graduates who have yet to pass the bar exam can practice law for indigent service providers or for the government. They can represent clients, albeit under the supervision of a barred attorney. But not if they fail the bar twice.

Under other circumstances, there was more of a job market. They were able to take the bar exam quicker. 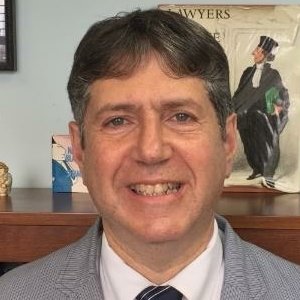 Law360 spoke to several recent law school graduates who failed the bar exam for a second time in February and hoped to sit for a third time in June. But the coronavirus pandemic has thrown a wrench into their plans. First, the exam was pushed to September, prolonging the wait. Then, a May registration window favored first-time test takers from in-state schools.

Their registration chances slim, retakers are weighing the cost of out-of-state exams, or hunkering down with modified roles. Some are facing pay cuts and possible layoffs, while their clients are transferred midcase after building trust and rapport. After September, the next New York bar exam isn't until February.

"I have always heard from people who were facing probable termination for not passing the bar a second time," said Saul Fishman, president of the Civil Service Bar Association, a Teamsters local representing attorneys at New York City agencies. "Under other circumstances, there was more of a job market. They were able to take the bar exam quicker."

The Association of Legal Aid Attorneys and the Legal Services Staff Association — unions representing 2,000 defenders of the indigent at more than 12 organizations in New York City — have identified at least 14 members who have failed the bar twice.

Statewide, these law graduates are not small in rank. In February, 2,254 repeat test-takers sat for the New York bar, according to the New York State Board of Law Examiners. Of those repeat takers, fewer than a third passed.

Another law graduate who asked not to be named said she is facing a 30% pay cut and title demotion after failing the bar for a second time. Since September, she's represented 45 clients in family court.

"I'm not sure if the change in position would be adequate for my skill set," she said.

Iesha Sumerall is a practicing law graduate with Legal Services NYC. She is negotiating a new contract, with a "legal advocate" title, after failing the bar twice.

She may continue working with her indigent tenant clients in a limited capacity, but will not be able to represent them in court.

"It will be tough because some of them have been with me since September," Sumerall said. "It's doing what some of the housing displacement does: uprooting their whole situation. Another attorney will have to relearn their case details."

A fluent Spanish speaker, Tanya worked with several Spanish-speaking clients who will now need a translator to communicate with their attorney. She is going to take New Jersey's bar exam in September and hopes to transfer her results, but New Jersey's bar is more expensive than New York's — $675, compared with $250.

"I used my credit card and I'm still paying it," she said.

While the two-fail rule also applies to prosecutor offices, the District Attorneys Association of the State of New York told Law360 it hasn't taken a position on the issue. Two large DA's offices, Manhattan and Brooklyn, told Law360 they don't have any staffers who have failed the bar twice.

Public defender unions have been most vocal.

Cuomo's office did not respond to a request for comment on the unions' request.

Lucian Chalfen, spokesperson for the courts, did not directly address the request in a statement.

"While the initial application period was, by necessity, limited to a subset of candidates, our efforts to maximize available seating remain ongoing," Chalfen said. "The very real challenges faced by bar candidates across the country, including repeat test-takers, will be given full consideration as we make those difficult decisions."

Law graduates who have failed the bar twice should not get special treatment, said professor Derek Muller at the University of Iowa College of Law.

In my view, it's a pretty big request. You now have two tests of their ability. Otherwise, you could just have supervised practice indefinitely and never have to pass the bar. 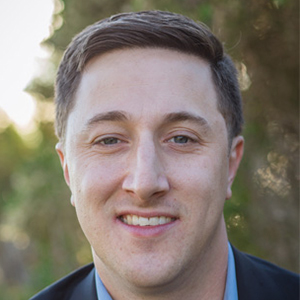 "In my view, it's a pretty big request," he said. "You now have two tests of their ability. Otherwise, you could just have supervised practice indefinitely and never have to pass the bar."

But Andrea Curcio, a law professor at Georgia State University, said the role of the bar exam in lawyers' early careers is overdue for scrutiny.

"We have this test that relies really heavily on memorization, which is not how you practice law," Curcio told Law360. "These people have all been representing clients, and presumably representing competently because their supervising attorneys were OK with them doing the clients' representation."

Mary Lu Bilek, dean of the City University of New York School of Law, echoed Curcio in a statement to Law360. As the pandemic forces people out of work, she said, indigent defense is more important than ever. For recent graduates, these programs also offer important training.

"I assume the court is reconsidering the limit of this rule, which was adopted under other circumstances — when we knew far less than we know now about the limits of the bar exam as an adequate assessment of all the skills necessary to competently practice law," Bilek said, "and when the graduates had the opportunity to retake twice a year."

Both the New York State Bar Association and the National Conference of Bar Examiners declined to weigh in.

New York did loosen practice rules in light of the pandemic, but only for first-time takers. On April 28, Judge DiFiore announced a temporary authorization program to "alleviate the hardship on bar applicants."

Under the program, recent graduates can practice under supervision "so long as those candidates pass their first bar examination no later than 2021."

A spokesperson for the Legal Aid Society told Law360 that its law graduates are transferred to new roles, not laid off, if they fail the bar twice. Legal Services NYC keeps these graduates on a "case-by-case basis" in administrative, writing and research roles, Director Raun Rasmussen said in a statement. Both offices said they support the unions' efforts.

Sumerall, of Legal Services NYC, still has her fingers crossed that, if no exception is made, she'll be able to snag a September exam seat if New York resumes registration.

As the courts begin to reopen following months of pandemic closures, she thinks her office will need all hands on deck.

"We are assisting clients in emergency and nonemergency situations that are coming up as a result of COVID-19," she said. "And the influx of cases that we will see, those clients will need attorneys."