At NYC Protests, A New Collective Of Black Legal Observers 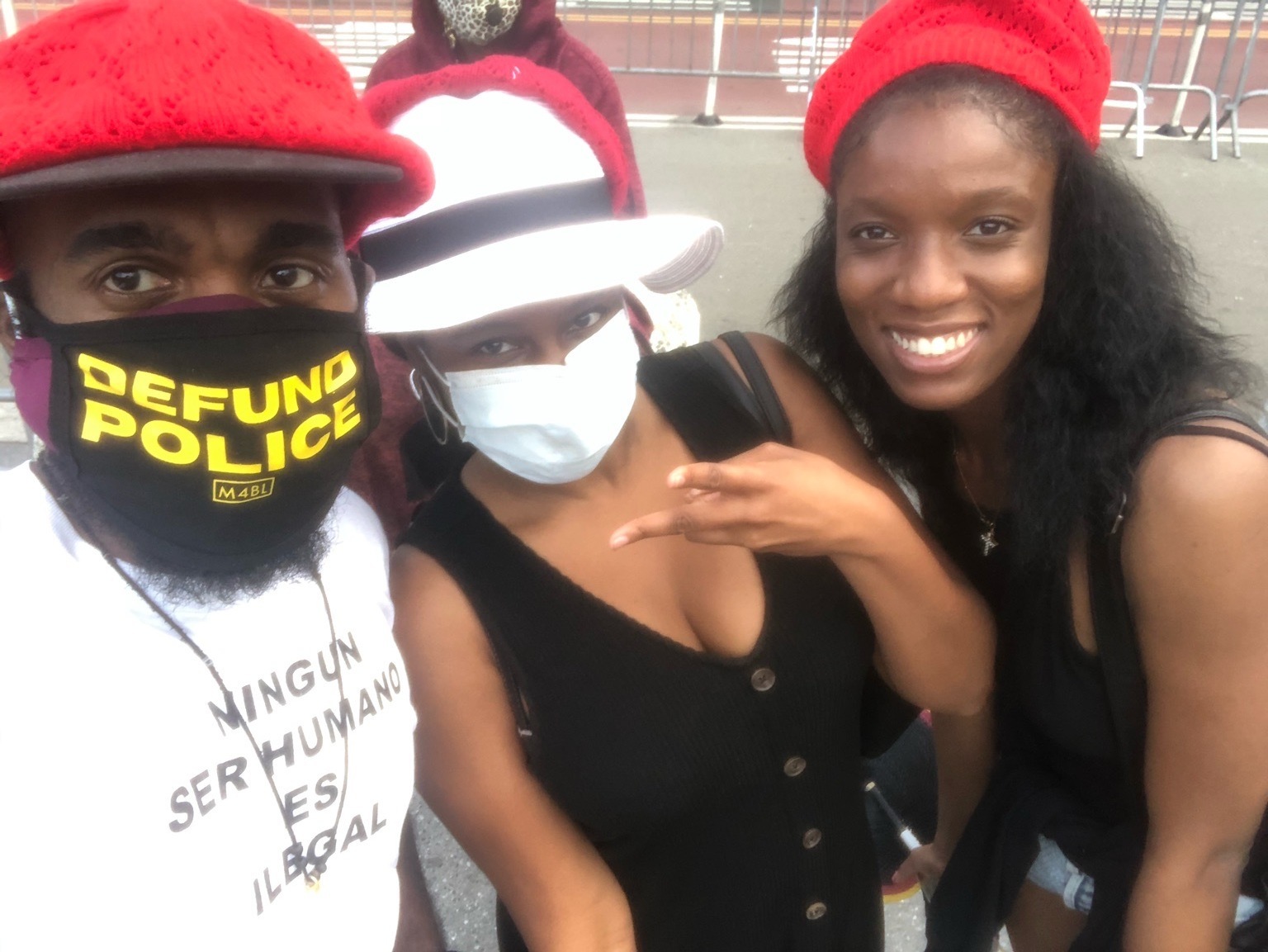 
Julian Hill, a lawyer and grassroots organizer from Harlem, joined a celebratory Black-led bicycle ride through Central Brooklyn last month on Juneteenth, the anniversary of the day in 1865 when Union troops arrived in Texas with news that slavery had been abolished.


Hill, 34, was there as a legal observer to document any civil rights violations or arrests that might occur. He remembers that it felt good to ride near the front of the pack of hundreds of cyclists.

"There was a moment where I was looking at the folks who were holding the banner, and they saw me and gave me a nod," Hill told Law360 recently. "And some who were helping to support with traffic [control], and knowing them, and giving them a nod. It's cool to see that all those roles were being held by Black folks on a very Black holiday."

A member of the newly organized Black Legal Observer Collective, or BLOC, Hill is one of several lawyers and legal workers who have answered a call for Black observers that ramped up in May when Minneapolis police killed George Floyd, a 46-year-old Black man.

Protests were happening daily, and Black organizers wanted to work with legal observers who, like them, experience anti-Black racism and have had tense encounters with police.

"We went straight into action," Anne Oredeko, 33, told Law360. By day, she's supervising attorney of the racial justice unit at the Legal Aid Society in New York City. "We did a virtual training for Black attorneys or law students, and we started putting out the call to show up."

In their signature red berets, BLOC members collect contact information from protesters who are arrested, in addition to documenting potential civil rights abuses. They also go to the police precinct after a march to connect protesters with lawyers when they are released.

Some lawyers and organizers explained to Law360 that they feel safer and more autonomous when Black attorneys hold this role. It's an example of Black people looking out for each other while using their skills — as lawyers, medics, and leaders at the front of the march with the bullhorn.

"The world we envision is one where Black people, Latinx folks — we keep us safe," Hill explained. "And I think part of having Black legal observers in these spaces kind of adds that feeling of OK, we got us."

The stakes are high. In 2011 research published in the American Sociological Review, academics Christian Davenport, Sarah A. Soule and David A. Armstrong II found that in most years between 1960 and 1990, police were more likely to show up — and use force — in actions where Black protesters were present.

"Black people are disproportionately targeted for arrests and violence during protests by police officers, and having Black legal observers who truly understand the risk and vulnerability is an exciting and reassuring growth in our movement," grassroots organizer Sandy Nurse, 36, told Law360.

Shannon X, an organizer and cofounder of Bronxites for NYPD Accountability, invited BLOC to a rally and march on June 4 in the Mott Haven neighborhood of the Bronx, where police surrounded and rushed the crowd and made violent arrests. She was arrested, too.

"I don't run around with a notepad and a pen keenly observing what the police are doing," X, 44, told Law360. "When the police flipped me over, I couldn't write it on a notepad. That's where legal observers come in."

"We always seek to ensure that Black people are in the lead for every step of the way," she added. "So it's natural and in keeping with our principles to give BLOC a phone call."

The legacy of Black legal observing is long in America, including tactics the Black Panther Party used in the 1960s in Oakland, California.

"If they saw the police stopping somebody they would watch the police encounter," Oredeko told Law360. "So one of the first models of legal observers and cop watching comes out of the Black Panthers. This is our tradition as Black people in this country."

Today, there are Black legal observer groups around the country, including the traveling Black Movement-Law Project and Justice Warriors 4 Black Lives in Los Angeles.

Still, there hasn't always been a dedicated Black collective of legal observers in New York City.

The National Lawyers Guild has a longstanding legal observer program, established in 1968 in response to citywide anti-war and civil rights demonstrations. The group has been a consistent presence at Black Lives Matter marches in New York City. (Members joined BLOC in Mott Haven last month, where police detained them.)

But Black LOs, particularly Black women, have historically been in the minority within the NLG.

For a decade starting in 2004, Jill Humphries, a social scientist and consultant, was one of the few Black legal observers with the Guild, a "green hat," so-called after the neon green baseball caps legal observers wear.

Humphries says police often assumed she was a protester herself. She would sometimes ask a trusted white male colleague to tell an officer that she needed to stand close to arrestees, in order to collect their contact information before they were taken to the precinct.

"I had to develop a whole different way to negotiate that was very different from my comrades," Humphries, 55, recalls.

Elena Cohen, president of the National Lawyers Guild, said that BLOC is needed.

"There has been a call from organizers for jail support and legal support to be Black-led, and it's important for all of us to be responsive to this urgent need," she said. "I'm grateful to the people who have stepped up to form BLOC, and I'm excited to collaborate with and learn from them."

Humphries, who now lives in California, helped organize BLOC after years of working with Black organizers across the country.

In 2015, Freddie Gray, a 25-year-old Black man, died after police shackled him in a patrol van without a seat belt, for what prosecutors described as a "rough ride." (The six officers charged in Gray's killing were acquitted.) Protests erupted, and organizers in Baltimore invited Humphries to come help them establish an all-Black legal team there.

"It's a form of self-defense," Humphries explained. "We're not beneficiaries of somebody. We decided to do this work and build our own capacity to protect our communities."

That rapid response effort was part of the "blueprint" for the Baltimore Action Legal Team, according to director Iman Freeman, 39. BALT now has full-time staff and develops policy with local grassroots groups in addition to managing a bail fund and 24-hour arrest hotline during protests.

After Baltimore, Humphries helped launch the Legal Observer Project within the New York chapter of the National Conference of Black Lawyers.

That group disbanded a few years ago, but it included Oredeko and other founding members of BLOC, who started talking about a new legal observer project in 2019. Humphries hosted BLOC's first training session.

"I thought it was an amazing concept," said Nnamdia Gooding, 35, a public defender who learned about BLOC this year through a fellow Howard University School of Law graduate. "It's a way we can support the movement on the ground."

"It's important for Black lawyers and legal observers to show up in this work," he said. "Because these people are showing up for us."