By Rachel Stone
Law360 is providing free access to its coronavirus coverage to make sure all members of the legal community have accurate information in this time of uncertainty and change. Use the form below to sign up for any of our weekly newsletters. Signing up for any of our section newsletters will opt you in to the weekly Coronavirus briefing.

More than three months later, United for Diploma Privilege, which seeks automatic admission to the bar for qualifying law grads, became a nationwide effort, with advocacy teams in 31 states and counting.

The group has won a number of victories as the U.S. grapples with the coronavirus pandemic. Utah, Washington and Oregon have recently made temporary diploma privilege a reality that had existed only in Wisconsin. Minnesota's high court is also weighing the option, opening a public comment period.

And in New York, state Sen. Brad Hoylman introduced a bill on Monday supporting a temporary diploma privilege. If the state Court of Appeals were to make that change, it would affect the largest group of prospective bar-exam takers to date.

While the nation's virus count climbed, some states postponed the bar exam or moved the test online, while others kept July test dates. As the Arizona Supreme Court announced Monday that students would be testing in groups of 200 each, in a state that has now surpassed 100,000 positive cases, the push for full diploma privilege for all reached a fever pitch. 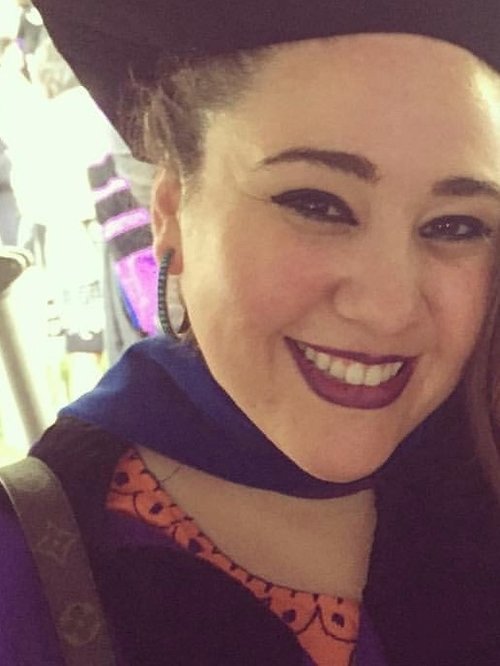 "It's in moments of total crisis that we are witnessing the cracks in our system," Pilar Margarita Hernández Escontrías, a founder of United for Diploma Privilege, told Law360. Now that COVID-19 has made the struggles of the most vulnerable impossible to ignore, she said, "change is possible and is no longer viewed as radical."

Members of the coalition, which is composed of students, graduates, professors and lawyers, spoke with Law360 about a movement linked by shared strategies and Google documents that's mostly led by women of color.

Group members differ on what should be done about the bar exam. Opinions range from advocating total abolition of what some see as a racist gatekeeping measure that functions to keep the legal field majority affluent and white to seeing some merit in the test.

But they are unified in the belief that, amid a pandemic that has already hit hardest in marginalized communities and especially hurt Black and Hispanic residents, administering a bar exam this year will only reproduce those inequities.

The call for diploma privilege emerged as the U.S. began to shut down. A group of 11 legal scholars published a working paper called "The Bar Exam and the COVID-19 Pandemic: The Need for Immediate Action" on March 22.

The paper raised emergency diploma privilege as an option for states that couldn't offer the exam without "endanger[ing] the test takers, staff administering the exam, and the public health."

"We cannot afford to close the doors to the profession in these precarious times," the scholars wrote.

The following week, a group of New York law school students collected over 1,000 signatures on a letter to the state bar association's Task Force on the New York Bar Examination, citing the paper. 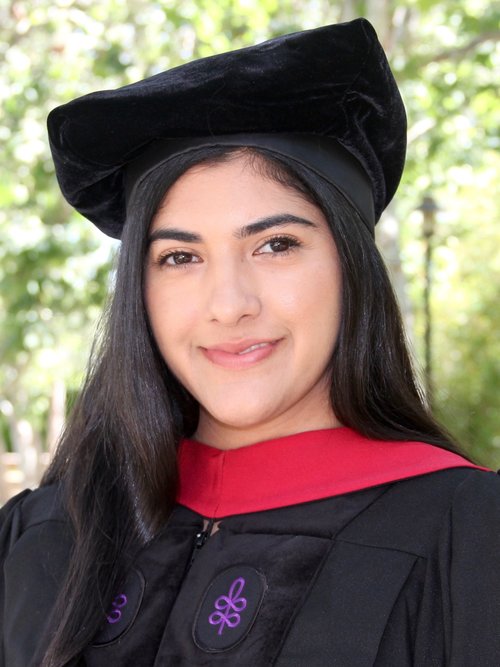 The two founders, who have never met in person, drafted a letter to the California State Bar and the Supreme Court of California on April 1.

"We must acknowledge the disproportionate impact COVID-19 has on certain populations of law students: immunocompromised students, low-income students, students who have contracted the virus, and students with significant family obligations," they wrote.

Advocating for diploma privilege is a matter of personal importance to Escontrías and Saadati-Soto. Both accepted job offers following graduation. In the meantime, they are living at home, juggling their organizing efforts with studying for a postponed exam they're not sure when they will have to take or in what form it will be.

Both expressed concern about unreliable computer technology if the test is shifted online. Escontrías must balance her computer use within her mother's work schedule, while Saadati-Soto must find a new laptop.

"Folks aren't really thinking about this," Escontrías said, noting the unequal impact of an exam that expects test-takers to have access to a private, silent, unadorned room.

"It's part of our daily lives, but it seems that the majority of the legal profession thinks this will be solved," she added. 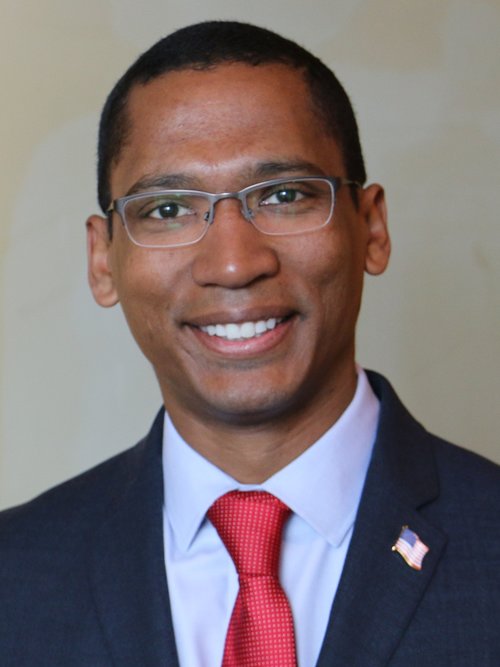 By April 13, the letter drafted by Saadati-Soto and Escontrías had gathered over 1,350 signatures — and drawn the attention of Efrain Hudnell, a 2020 graduate of the Seattle University School of Law.

Hudnell did not join the then-California-focused United for Diploma Privilege coalition until his state approved the privilege on June 12. First, he organized among fellow student bar association presidents at Washington's two other law schools. But in drafting a letter to Washington State Supreme Court, he found Escontrías and Saadati-Soto's petition to be a crucial template.

The sharing of tactics and resources would boomerang to California, which is still continuing its diploma privilege push leading up to its postponed September in-person test date. Hudnell was able to share with Escontrías and Saadati-Soto some of what he and other collaborators found successful.

"Postponing in September is not as simple as 'time is money,' it's people having to come up with two more months worth of rent, and not being able to work," Hudnell said. "How many people are looking at financial hardship?"

Hudnell believes the survey, along with a letter from Seattle University faculty to the state bar association helped guide Washington state to its decision to grant diploma privilege with similar conditions as Utah.

He also noted that the nationwide outcry following the police killings of George Floyd and Breonna Taylor provided the context for advocates to push the state high court to back up its letter of commitment to Black Lives Matter, in which the nine justices promised to "bear responsibility for [the] on-going injustice" of the "devaluation and degradation of black lives." 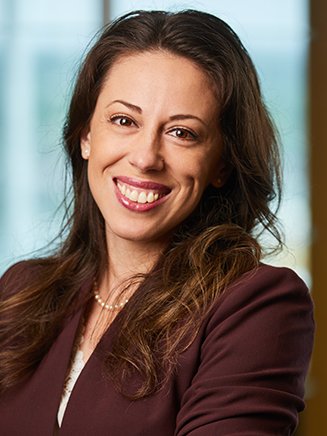 Julie Preciado, a 2020 graduate of Willamette University College of Law, read an email from the Oregon Bar asking test-takers to essentially "waive all our rights to health and safety, waive away our lives and our firstborn," she told Law360.

She'd signed up to be a lawyer, she said, not to risk her life and her livelihood.

Then a mentor forwarded her the news that Washington had granted emergency diploma privilege in June. Like Escontrías and Saadati-Soto, she took to Facebook.

Other members of her 2020 law school graduate page brought up how Oregon's Board of Examiners had previously considered diploma privilege but eventually declined, Preciado said.

"Using our law school degrees, we were able to see that this wasn't the only reading of the statute," Preciado said. She gathered a group of Oregon law school graduates, and used Washington's letter — modeled after California's letter — as a template, as well as Washington's idea to collect impact statements.

Preciado was in tears when she read through her classmates' accounts.

Recent grads told stories about studying outside in the cold, caring for a partner who was recovering from brain surgery and caring for young children or about how they had lost work or needed to keep their jobs while completing five to 10 hours a day of bar prep, she recalled.

Like Hudnell in Washington, Preciado credited temporary diploma privilege's eventual passage in Oregon to a combination of widespread support across state law school deans and faculty, as well as a largely progressive state court.

However, each state's unique configuration of law schools, bar associations and supreme courts has meant uneven results when it comes to securing the privilege.

While members of the Washington and Oregon courts were open to hearing from organizers, the California team had to push to obtain opportunities for public comment. They were successful, and on Tuesday, about 2,500 people joined a call with California's Supreme Court and state bar.

"Transparency has been an issue in jurisdictions across the nation," said Saadati-Soto. Recent grads were left on their own to untangle what their law school faculty was advocating for or what their state bar thought.

Finding out why a petition was denied also depends on the state.

Advocates in New York received a detailed letter response to their privilege petition: The state's bar exam task force said it believed diploma privilege would allow droves of grads to use New York as a gateway for licensure in other states.

After COVID-19 forced many schools to offer pass/fail grades, "the absence of an examination would create unacceptable risks that persons lacking minimum competence to practice law would gain admission in New York," the task force said.

But in Arizona, advocates say they were never given a clear reason for their petition's denial.

Instead, the state Supreme Court put its response in a tweet on Monday.

"Rather than cancel AZ's July #BarExam, it remains a choice. Offering an online Arizona-only July exam or rescheduling the full exam to a later date were not logistically feasible in AZ," the tweet said.

Given Arizona's alternative testing options and 66% average pass rate, "the court denied a petition that asked for law school graduates to receive full practice credentials in Arizona without having to pass a professional abilities exam," Aaron Nash, communications director for the Arizona Supreme Court, told Law360.

"It's frustrating that they're unwilling to speak with students about this," Katelyn Hilde, a 2020 graduate of Arizona State University's Sandra Day O'Connor College of Law and member of United for Diploma Privilege's Arizona Advocacy Team, told Law360.

"The Navajo Nation in Arizona is one of the hardest-hit areas in the country. We have a lot at stake here in our communities, a lot of rural hospitals that are really on the brink. It's going to affect Arizona as a whole, not just Phoenix," said Hilde.

Emily Croucher, a 2020 University of California, Irvine School of Law graduate, has hit a similar wall in Kentucky.

Croucher, a classmate of Escontrías' and coordinator for United for Diploma Privilege's social media accounts, tried to organize within Kentucky law schools this spring. She sought help circulating a letter, but says she was largely ignored.

Left with no institutional support, plus hours of bar prep, Croucher said she ended up giving up before submitting the letter to the Supreme Court of Kentucky.

"Now I'm tired and kind of miffed," she said, staring down the barrel of a possible bar exam less than 25 days away. "What I don't want to happen is the court says, 'OK, we're going to cancel in July and will have the bar in September.' I don't have enough money."

Despite some setbacks, United for Diploma Privilege members in states with successful outcomes are now fighting for other states to win.

They're seeking diploma privilege for Master of Laws degree-holders whose immigration status is contingent upon them getting a job — which is itself contingent on having a license. Advocates are also working on compiling resources to respond to any potential employers' pushback.

Already forced to finish their last academic year in quarantine, without access to libraries, campuses or communities, the law school graduates of 2020 have found themselves uniquely equipped for this work.