GCs' Biggest Concerns For The Rest Of The Year

By Michele Gorman
Law360 is providing free access to its coronavirus coverage to make sure all members of the legal community have accurate information in this time of uncertainty and change. Use the form below to sign up for any of our daily newsletters. Signing up for any of our section newsletters will opt you in to the daily Coronavirus briefing.


Law360 (July 21, 2020, 5:28 PM EDT) -- After enduring months of remote work and uncertainty during the pandemic, some general counsel thought they were standing on solid ground as they implemented business reopening strategies. But a recent spike in coronavirus cases across the country sent their plans out the window and forced executives back to the drawing board.

Now, as some states teeter on the edge of another shutdown, many top corporate lawyers are bracing for uncertainty in the second half of the year, and they worry about protecting their lawyers from burnout and helping their own families through this challenging time, among other concerns.

You can have the greatest plan, and it can be completely blown up in three days. 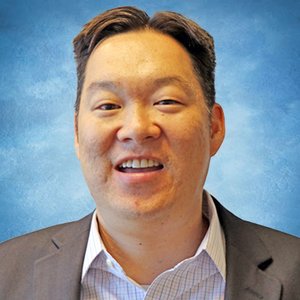 
"We can plan something today and it can change in a week," said Burton Hong, general counsel at refrigeration, heating, ventilation and air-conditioning services company CoolSys. "We've been pretty adept at being pretty adaptable to everyone's needs ... but you can have the greatest plan, and it can be completely blown up in three days."

While in-house leaders acknowledged the presence of daily concerns in their respective sectors, they also recognized major issues affecting most general counsel. Here, Law360 looks at the biggest worries on their minds for the rest of the year.

General counsel mentioned two common questions popping up among their peers: "Are you reopening, and if so, when?" and "Are you closing again?" In each situation, maintaining the health and safety of their employees and customers during the ongoing pandemic is top of mind for them.

Jacqueline Lee, general counsel at Flynn Restaurant Group, a franchisee that owns and operates restaurants including Applebee's and Panera Bread Co., and her in-house team have had to think about new health and safety guidelines while providing diners the same experience they're accustomed to at locations in dozens of states.

She said that might mean deploying new mobile technology to reduce gatherings by notifying customers when their table is ready or by training staff wearing face coverings to communicate with diners by "smiling with their eyes" or giving a thumbs-up.

"We take our guests' and employees' health and safety extremely seriously, and at the same time recognize that more now than ever people are really longing for those cherished experiences of breaking bread together in their neighborhood hangout," Lee said.

She added that maintaining flexibility is key, as most businesses have been forced to quickly pivot amid the changing landscape.

Other general counsel must also think about how reopening could impact employees who work outside of an office setting. In addition to office workers, Fred Rivera, general counsel for MLB's Seattle Mariners, is also concerned about the safety of the team's players and the employees who will be working at the ballpark during games scheduled to start this week.

This year, MLB players practiced at summer camps to prepare for the shortened season. Players were tested before they could step into the ballpark for camp, and there is regular testing throughout the week for players, coaches and staff, Rivera said.

Separately, there are as many as 150 ballpark employees — from the grounds crew to operations — who must go through certain protocols, including temperature checks, each day, he said.

"It's really a belt-and-suspenders approach to make sure that if there is an infection that we keep it outside of the ballpark," he said. "Knock on wood ... we've been successful."

Keeping Up With Changing Guidelines

Whether a business has started to reopen or is considering doing so in the coming weeks, another hurdle general counsel face is keeping up with legislative changes. While acknowledging there are industry-specific regulations and guidelines, general counsel said they worry about staying updated on the slew of new laws, executive orders and public health orders issued by local and state officials — from mask requirements, to operational guidelines, to paid sick leave laws. 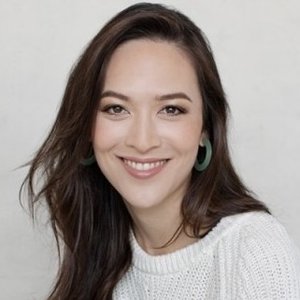 For example, Flynn Restaurant Group operates in two-thirds of the U.S. It had returned to indoor dining in certain counties where it was allowed in California, but amid a spike in coronavirus cases in the state, Gov. Gavin Newsom earlier this month reversed the reopening and again shut down all indoor dining rooms.

And with frequent changes to laws and requirements, Lee often thinks about how to clearly and sufficiently communicate the updates to employees without adding to an already stressful time for many people.

"I think sometimes the challenge is when you have so much going on, when you have all of these new changes, these new requirements, how do we streamline those communications so as not to overwhelm people?" she said. For the legal department, "that's a huge responsibility that we have because we're helping the business interpret some of these new laws, new ordinances that themselves can be kind of difficult to parse."

Some general counsel have found their outside law firms and local operators particularly helpful in lessening the burden, especially with interpreting the more granular requirements from county and city levels.

As much of the workforce continues at-home work likely through the end of the year, there's less chance for casual, spontaneous conversations that take place in an office hallway or kitchen. It also might be harder for some lawyers to separate work and home life.

Nearly a third of the in-house respondents who participated in a June survey by the Association of Corporate Counsel said they were experiencing "high" or "very high" levels of burnout amid the COVID-19 outbreak, while a majority said they're working more hours than usual.

With concerns about their lawyers' well-being, general counsel said they're setting up more check-ins than ever before and thinking of new ways to keep their staff engaged.

People are pushing themselves and stretched. 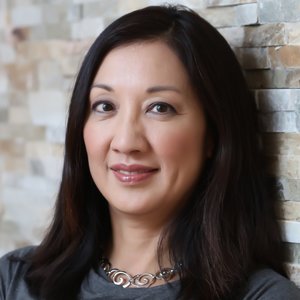 Simone Wu, general counsel at Choice Hotels International Inc., pointed out that the pandemic has especially taken an economic toll on the travel and hospitality industries, and her own legal department wasn't spared.

"It does put pressure on people to cover the span of the work, and so people are pushing themselves and stretched," she said. "That's something that we will hope to be able to address in the future."

Wu has tried to maintain human connection among her department by recognizing milestones and celebrations during meetings. For example, she said she has changed her Zoom background to recognize teammates' birthdays.

To help keep employees engaged at the Mariners, Rivera said the executives strive to host remote all-hands meetings twice a month to update employees on the business, as well as on the status of the players and baseball games.

"Most of us that work for the Mariners and probably in baseball do it because we love baseball," he said. "It's very important that we're able to keep that alive even though we're not together and able to watch baseball in the ballpark."

Other general counsel said they've been pushing their lawyers to take paid time off, even if it's just to spend a few days relaxing at home.

"I can't mandate them to take vacation, but you have to take some time to reenergize," Hong said. "The line between work and home is not there anymore."

Caring For and Home-Schooling Children

As general counsel think about their employees, many have the added anxiety of balancing their parental and professional duties while working from home. And those without toddler or school-age children worry about how they can support their employees who might be home-schooling their kids for at least the beginning of the upcoming academic year.

Some top lawyers are worried as school districts start to publicly declare whether they'll allow students into buildings, implement online learning or follow a hybrid method that combines the two options.

This is a major concern for Hong, who has two children, ages 6 and 4.

It has been "quite a struggle day in and day out to try to manage everything," he said, adding that just recently, he and his spouse built an office in their home in California to help separate their work and home duties. "With school coming back up in late August, early September, it's a big concern of ours of what's going to happen."

He added, "You can have a plan, and then you never know what's going to happen the next day because the numbers in California are unfortunately going the wrong way."

"I too am a working mom," she said. "I know that is something that impacts working parents."