By Aebra Coe and Xiumei Dong
Law360 is providing free access to its coronavirus coverage to make sure all members of the legal community have accurate information in this time of uncertainty and change. Use the form below to sign up for any of our daily newsletters. Signing up for any of our section newsletters will opt you in to the daily Coronavirus briefing.


Law360 (July 29, 2020, 9:44 AM EDT) -- Cadwalader Wickersham & Taft LLP and Baker Botts LLP confirmed Wednesday that they are taking steps to walk back the attorney and staff pay reductions they instituted in early spring, signaling financial stability amid the coronavirus crisis. 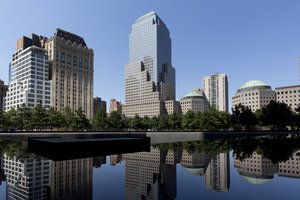 New York-based Cadwalader said it will rewind to pre-pandemic pay levels starting in August. Meanwhile, Houston-based Baker Botts confirmed that it will dial back its salary reductions by half, beginning Sept. 1.

In a firmwide letter obtained by Law360, Cadwalader managing partner Patrick Quinn announced the return to previous pay levels, saying that while some practice areas have seen a decline in work, others are busy and are in fact "even busier than we projected before we knew about the virus."

The austerity measures, which were announced at the end of March, included delays in partner and senior counsel distributions, a 25% pay reduction for legal staff and senior staff earning more than $100,000 a year, and a 10% reduction in pay for nonsenior administrative staff.

Pay for associates, special counsel, counsel, senior attorneys, staff attorneys, paralegals and administrative staff will be returned to previous levels on Aug. 1, Quinn said in the letter Wednesday. And, on a phone call, he said he is "confident" partner distributions will also resume going forward.

"We will continue to monitor the impact of the crisis, and make decisions in the weeks and months to come that are in the best interests of our firm, our people and our clients," Quinn said in the letter. "As we said back in March, we will get through this together, caring about each other and taking care of each other."

At the time the pay cuts were announced in March, the firm said that the measures were aimed at proactively addressing the potential economic impacts of the pandemic so that the firm could preserve jobs.

When asked Wednesday morning if any layoffs have occurred, Quinn said they have not. The firm did offer voluntary retirement packages to legal secretaries though, he noted.

"Our goal continues to be to preserve jobs and preserve our ability to take advantage of the recovery," he said.

In an email obtained by Law360 on Wednesday, Baker Botts managing partner John Martin announced the firm's plan to roll back the salary reductions it implemented in May by 50%, saying the firm has exceeded its post-COVID-19 financial performance forecast.

The measures, which the firm announced in April, included 20% to 30% reductions in pay for counsel, 20% reductions for associates, and 0% to 25% reductions for staff, based on their salaries. Those making less than $70,000 escaped pay cuts.

The cuts will be reduced by half starting on Sept. 1, Martin said in the letter. He added that the firm is honoring its promise to award interim bonuses to associates and counsel who have made "exceptional contributions" over the past months.

"Bonus eligibility will be determined based on a number of factors, including utilization and exemplary client service, for the May 1 – July 31 period, as recorded in adherence with the firm's time entry policy and deadlines," the letter said.

Baker Botts expects more than 200 employees to take home these bonuses at the end of August, the letter said. It also noted that bonuses would likely be given later in the year to supporting staff who have demonstrated "extraordinary dedication and provided exceptional support across the firm."

The firm is also giving all employees a $1,000 technology stipend, Martin said in the letter.

Labor and employment law firm Ogletree Deakins, which announced a series of salary reductions in April, is also offering bonuses to reward non-partner attorneys for working more hours during the pandemic, the firm told Law360 on Wednesday.

Cadwalader and Baker Botts are among several other firms that have walked back pay cuts this summer after instituting them in the spring due to the coronavirus pandemic.

On July 15, Bryan Cave Leighton Paisner said it was reducing previously announced pay cuts that impacted all employees of the firm earning more than $40,000 from 15% to 7.5%, while at the same time announcing it would lay off a "very small proportion" of its workforce.

And, according to a report by the American Lawyer, Lowenstein Sandler and Cozen O'Connor have resumed partner distributions after freezing them early on in the pandemic. Munck Wilson Mandala has returned to normal pay levels after cuts for partners, associates, and exempt directors and managers earlier this year.

Update: This story has been updated with information on Baker Botts' salary changes.