A yearlong investigation into allegations of excessive bail practices by Philadelphia arraignment judges ended with a whimper last week as the Pennsylvania Supreme Court rejected calls for wholesale reform, but advocates say they hope a series of recommendations will help protect criminal defendants from being jailed simply because they're poor.

The state's high court commissioned the investigation following a lawsuit from the American Civil Liberties Union and the Philadelphia Community Bail Fund accusing magistrates in Philadelphia of systemically failing to follow state procedural rules requiring them to consider a defendant's financial status when setting bail.

In the final analysis, however, the high court agreed in a July 27 order with a special master's finding that the bail system in Philadelphia was "essentially sound," and instead threw its support behind a string of recommendations. Those include providing additional training to bail magistrates and taking additional steps to ensure that full and complete financial records are reviewed before magistrates set bail.

"In some ways we're just back where we started from," Candace McKinley, lead organizer of the Philadelphia Community Bail Fund, told Law360. "I don't find it, on the whole, very helpful. People just don't seem to really care about poor black and brown people being abused by the courts."

At the same time, though, ACLU officials said they were hopeful the recommended changes would help keep defendants from being locked up in the city's detention center on State Road simply because of an inability to pay.

In some ways we're just back where we started from. 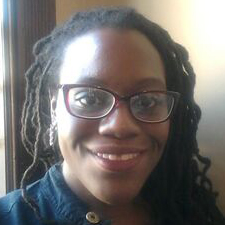 "We're committed to seeing this process through," said Hayden Nelson-Major, a fellow with the ACLU of Pennsylvania. "We're hopeful that the parties in the litigation will move forward with their joint agreements to make sure people don't sit on State Road because they're poor."

Even as Nelson-Major expressed tempered optimism about the potential impact of the court's recommendations, District Attorney Larry Krasner, whose office participated in the special master's inquiry, hammered the justices for failing to take stronger action to rein in magistrates in the city.

"The current system is highly inflexible, often forcing prosecutors and magistrates to make decisions based on too little information, including defendants' criminal histories or their ability to pay," he said in a statement. "What we have currently is a system that too often imprisons people pre-trial who are more poor than dangerous, while allowing people who are a danger to the public out pre-trial simply because they have money."

The ACLU and PCBF's suit that sparked the investigation was filed in March 2019 after volunteers for the challengers sat in on more than 2,000 bail hearings over more than a year. The suit alleged that bail magistrates in Philadelphia had made a habit of violating state criminal procedure rules requiring they set "reasonable" bail amounts that "shall not be greater than is necessary to reasonably ensure the defendant's appearance" at subsequent court proceedings.

On top of the rule violations, the complaint also rested on provisions of the Pennsylvania Constitution requiring that prisoners be freed on bail, with exceptions for capital cases and crimes that could result in a life sentence, "unless no condition or combination of conditions other than imprisonment will reasonably assure the safety of any person and the community."

Despite the constitutional and rule-based requirements placed on judges, however, the complaint said that judges in 90% of the 2,000 observed cases failed to inquire whether the individual being arranged could afford to make bail.

And even in the rare instance when a judge did receive information about a defendant's ability to pay the bail, the complaint said it did not seem to affect the result.

Overall, monetary bail was assigned in 42% of the cases observed, with the bulk of defendants in those cases having already been declared indigent and assigned a public defender, according to the complaint.

In response to the challenge, an attorney for the Philadelphia court system argued in a court filing last year that the county had undertaken significant criminal justice reforms that had reduced both the overall jail population and the number of people being detained on cash bail.

The county also argued that the case was essentially an attempt to force the judges to make improperly prescribed cash bail decisions that should be discretionary.

In going on to work with the challengers, the district attorney's office, and court officials to investigate the allegations, the special master ultimately concluded that problems with the bail system would be best addressed through a series of recommended improvements.

"In my view, the bail system as conceived is essentially sound and any attempt to conduct a wholesale overhaul would be politically, organizationally and fiscally unrealistic," the report said.

The report ultimately laid out nine recommendations to improve the system's overall functioning.

Only six of those ended up being specifically mentioned in the Supreme Court's order on Monday as targets for "possible administrative action" by state-level court administrators.

Among the proposed areas for improvement is a suggestion that bail magistrates give more individual attention to defendants and their financial realities when making bail decisions.

More granularly, the report suggested the creation of a new unit, or reassignment of personnel from within the court's pretrial services division, that would take responsibility for collecting more detailed financial information from defendants, such as their rent obligations and other bills, that could affect their ability to make bail.

But the ACLU's Nelson-Major said she'd hoped the court would have provided more guidance on how judges should make determinations about when any individual defendant should be deemed able to pay.

"The rules require officers to consider someone's ability to pay and only set cash bail in light of those circumstances, and that's not happening," she said. "So one of things we were hoping for was more guidance for judicial officers on how to do that."

While McKinley said she was concerned the recommendations wouldn't lead to any clear concrete action, she noted that she was heartened at least partially that the Supreme Court asked state-level court administrators, and not officials in the Philadelphia County court system itself, to consider the potential policy changes.

"I guess there's some hope there," she said. "I think I had probably zero hope that the [Philadelphia courts] would do it on their own, but I have a little hope that the state administrator would make some actual changes that will have real impact."

A spokesperson for the Philadelphia County court system did not immediately return a message seeking comment.

In the meantime, McKinley said that her group would continue organizing to bring an end to the cash bail system in the city.

"We've been organizing together on this for a number of years, and that's not going to change because of the outcome of this one piece of strategy," she said. "This is just one strategy in our overall campaign to end cash bail in Philadelphia."