A U.S. Supreme Court decision that frees a California jail from implementing stricter health measures amid the coronavirus pandemic comes as advocates and health experts warn that such facilities are a "powder keg" for COVID-19 and that authorities must do more to prevent outbreaks.

The court, splitting 5-4 along ideological lines, voted Wednesday to block an injunction by U.S. District Judge Jesus G. Bernal that required the Orange County Sheriff's Department to follow guidelines from the Centers for Disease Control and Prevention in its jails, with the majority not providing a detailed reason for the decision.

Justice Sonia Sotomayor blasted the majority in a dissent, which was joined by Justice Ruth Bader Ginsburg, saying that the conservative justices ignored concerning factual findings of the district court.

The decision comes at a time when detention facilities across the country are facing major questions about how to handle the COVID-19 pandemic and many advocates have raised the alarm that not enough is being done to protect the people locked inside.

In a report released Wednesday by the Center for Justice Research and the Black Public Defender Association, researchers outlined a series of recommendations to protect public health inside jails and prisons, some of which overlap with CDC guidance, such as eliminating prisoner co-pays and collaborating with public health officials.

Incarcerated populations are in powder kegs for COVID-19. 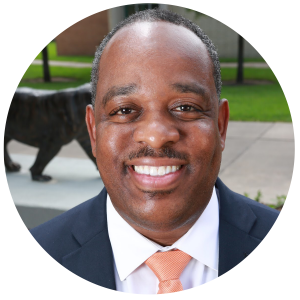 Facilities should also ensure those released from detention have access to housing and medical care by making sure they are eligible for public housing and other social safety net programs.

The report's top recommendation, however, is for lawmakers to decarcerate in a racially equitable way, especially inmates serving "excessive" sentences, to reduce the nearly 2.3 million prisoner population.

In most jails and prisons, he explained, people live in close proximity and are unable to social distance. Health care is already underfunded, he said, meaning many people already have underlying conditions such as diabetes that increase the risk of COVID-19.

"We as a society have said that prisoners don't matter. We put them away in rural communities, we don't worry about what they experience," Henderson said. "But the research has been clear about the relationship between incarceration and public health."

People in prisons have shorter life spans, a greater likelihood of chronic health issues, and higher rates of mental illness, he said.

The CDC has issued extensive guidelines for detention facilities to both prevent and manage outbreaks. Prevention guidelines include masks for both staff and incarcerated populations, free access to soap and running water for hand-washing, and operational protocols to avoid contact across populations within the prison, such as only assigning staff to a single housing unit.

The CDC also recommends suspending copays for medical care, though according to the report from Center for Justice Research and the Black Public Defender Association, only two states — Nevada and Hawaii — have done so.

In the Orange County case, advocates told the high court that before Judge Bernal's ruling, the county jails failed to follow CDC guidelines, shuffling detainees around the jails, packing them into indoor spaces without social distancing, and failing to separate symptomatic individuals from asymptomatic ones. Jails also allegedly provided watered-down cleaning supplies and masks made from blood-stained jail bedsheets.

The Orange County sheriff called Judge Bernal's injunction and the Ninth Circuit decision upholding it an "outlier" ruling unsupported by the law, one that "hamstrings" the sheriff's ability to implement a "fluid" response to the epidemic as CDC guidance evolves.

"There is no doubt that there are significant and dangerous outbreaks in some custodial institutions in this country," the application to the high court said. "The Orange County jails are not one of them, and the use of a federal injunction to micromanage their daily operations is unsupported in fact or law."

Advocates, however, argued that the county jails had failed to actually implement the policies it rolled out in response to the pandemic and was failing to properly protect detainees, which was supported by testimony from those in the facility.

In her dissent, Justice Sotomayor said that Judge Bernal had properly concluded that the advocates were likely to succeed on claims that the Orange County jails had violated federal disability rights law by not protecting inmate health. She also blasted the jails for arguing before the Supreme Court that the injunction was onerous after telling the district court that it was unnecessary because all the mandated protocols were already in effect.

"The measures it now decries as vexatious judicial micromanagement are the same measures that just months ago it claimed were, 'at a minimum,' already being implemented," Justice Sotomayor wrote. "If the jail is already doing everything required by the injunction, then what irreparable harm does the injunction pose?

"And if it is not," she added, "and the jail misrepresented its actions under oath to the district court, then why should the jail benefit from this court's equitable discretion?"

David Zionts, one of the attorneys bringing the case against Orange County jails, told Law360 in a statement that he was disappointed by the decision and agrees with Justice Sotomayor that this leaves to their own devices jails that have been shown to have a poor track record.

"Precious time will be lost because of the Supreme Court's decision, but we are confident we will be able to restore judicial supervision and require the jail to protect those in its charge," he said.

Counsel for the jails did not respond to a request for comment.

Since the start of the pandemic, advocates have asked courts to ensure that facilities are taking necessary steps to protect their incarcerated populations — not only in prisons and jails, but also in immigration detention and juvenile facilities. Some advocates have especially focused on vulnerable populations such as elderly prisoners.

These efforts have had mixed success. While some have been granted relief, including high-profile cases like former Trump attorney Michael Cohen, others have stayed behind bars.

Wednesday's ruling was at least the second time Justice Sotomayor has sounded the alarm about the potential COVID-19 harms to prisoners. In May she and Justice Ginsburg in another dissent argued that the court should have stepped in to protect Texas inmates and reinstate a court order that they be given soap and masks.