BigLaw And The Ballot: The Pro Bono Fight For Mail-In Voting 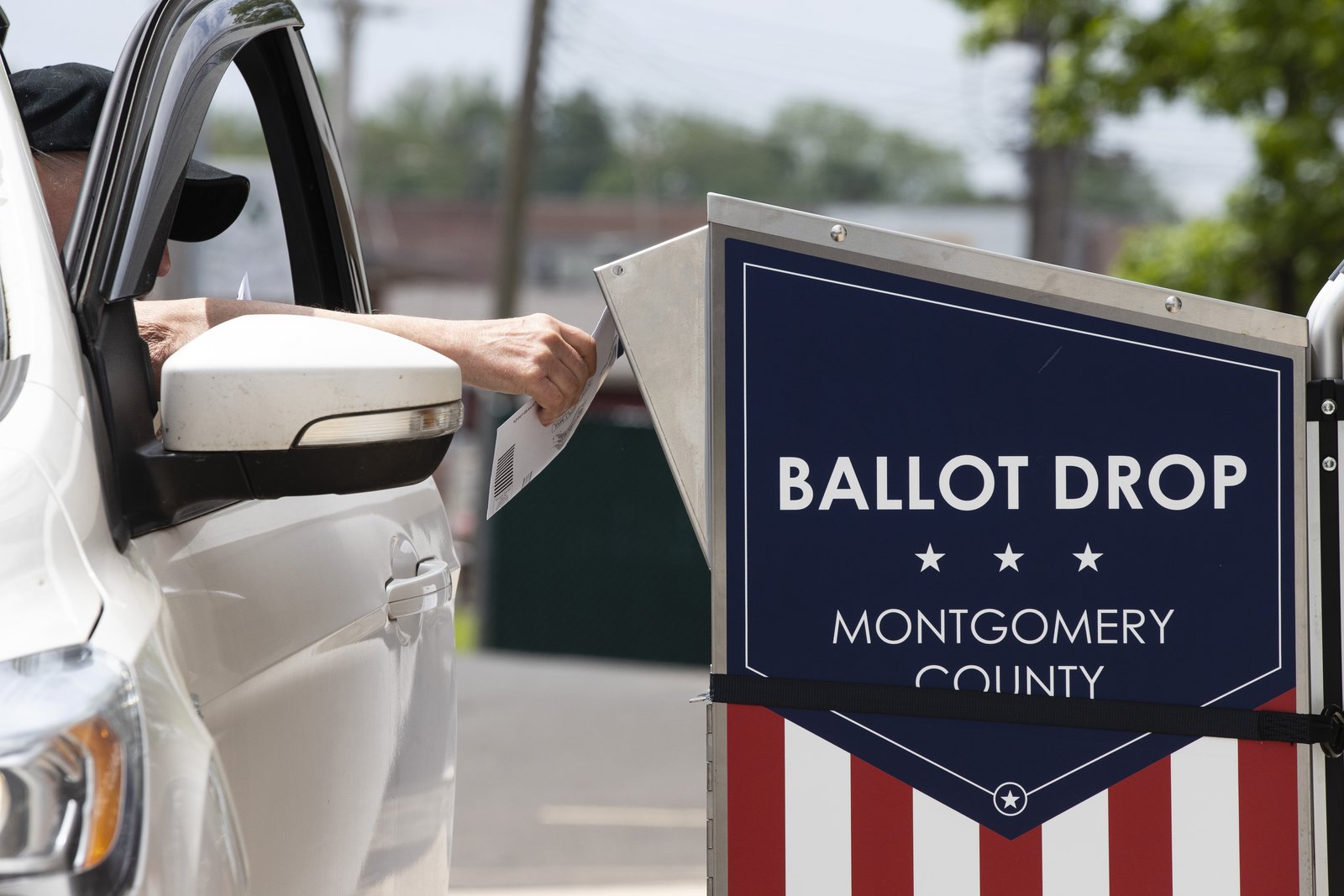 
With the presidential election looming on the horizon, voter advocates in Rhode Island and elsewhere are battling to ease restrictions on mail-in voting they say have been made too burdensome — and dangerous — by the coronavirus pandemic. But they are running into forces using the specter of voter fraud to keep those restrictions in place.


The result has been a barrage of cases over mail-in voting that have been winding their way through the courts — several all the way up to the U.S. Supreme Court — with lightning speed since the beginning of the pandemic.

Just this month, the Supreme Court refused to take up a petition over pandemic-spurred changes to mail-in ballot restrictions in Rhode Island, leaving in place a lower court order that waived that state's requirement that mail-in ballots be signed by two witnesses.

Attorneys have not been shy about wading into that fight, with the Rhode Island suit, like many of these cases, being helmed in part by BigLaw attorneys working pro bono.

It's a fight pro bono attorneys have a duty to take on, said Wendy Richards, a principal and pro bono counsel at Miller Canfield Paddock & Stone PLC, who leads that firm's pro bono efforts.

"The right to vote is really the bedrock principle of our democracy, right, so everything, any kind of access to justice issue ultimately depends on one person, one vote, and there really isn't, I think, a higher calling for a pro bono attorney than to try to protect that basic right," she said. "Everything else follows from that."

Attorneys from firms like Miller Canfield, Fried Frank Harris Shriver & Jacobson LLP, Manatt Phelps & Phillips LLP and Ropes & Gray LLP are just some of the pro bono lawyers who've taken that to heart and jumped into court fights over how voting by mail will be conducted in a presidential election taking place during a pandemic.

Some of those attorneys say the coronavirus has drastically increased the number of those cases, while others point out that voting rights cases have been on the rise for years and what the pandemic has really changed is their nature and speed rather than their number. Either way, those who run BigLaw pro bono departments say they expect mail-in ballot cases to take an increasingly large bite out of the pro bono pie in the coming months.

"I think this may be the busiest area of pro bono between now and the end of the year," Richards said.

On a national level, Arnold & Porter this week represented the Lawyers' Committee for Civil Rights Under Law in a suit against the postmaster general, alleging planned changes to the United States Postal Service — since put on pause — would hurt mail-in voting efforts.

Most mail-in voting litigation, however, is focused on the state level, and attorneys are being tapped to challenge both state mail-in ballot requirements that are difficult to comply with in the middle of a pandemic and to defend the loosening of such restrictions.


In the Rhode Island case, pro bono attorneys at Fried Frank recently challenged that state's requirement that all mail-in ballot envelopes be signed by two witnesses or a notary public.

The requirement unconstitutionally burdened citizens' right to vote during the pandemic, especially for elderly voters or voters with preexisting health conditions, said Michael C. Keats, a partner at the firm who worked on the case.

"This is going to be a remarkable and different election from what we've ever seen before," Keats said, "but I think that we need to make it so it's possible for people to exercise their right to vote."

The national and Rhode Island Republican parties, however, sought an emergency stay from the Supreme Court, saying, "When ballots are cast remotely, no one is watching, which increases the risk of ineligible and fraudulent voting." Requiring two witnesses or a notary is on par with the verification done by poll workers for in-person voting, the GOP said.

Pro bono attorneys at WilmerHale are facing these same arguments in a similar but broader North Carolina case challenging several of that state's restrictions on mail-in voting.

Those restrictions include a requirement similar to Rhode Island's two-witness rule as well as limits on who can help a voter fill out a mail-in ballot and the lack of a mechanism allowing voters to appeal if their ballot is thrown out, according to George P. Varghese, a partner at WilmerHale working on the case.

While some of the state's current restrictions might make sense in theory, in the context of a pandemic, they just put voters at risk, Varghese said.

He points out that one of the individual plaintiffs in the case lives in a nursing home. Under North Carolina law, only close family members or a multipartisan election assistance team can help that voter fill out his mail-in ballot, Varghese said, but his nursing home isn't currently allowing outside visitors, including family.

You shouldn't have to choose between your health and your right to vote. Those two things are not mutually exclusive. 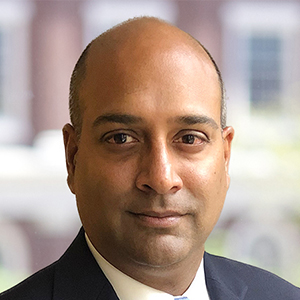 "And so it seems almost illogical to say that the nursing home staff can't help him fill out his ballot, but under North Carolina law, that's what it says," according to Varghese, who added that the judge in the case did grant relief for that one plaintiff but not for others, a decision the WilmerHale team is currently reviewing for appeal.

"You shouldn't have to choose between your health and your right to vote. Those two things are not mutually exclusive," Varghese said.

In an amicus brief, various Republican national committees took issue with that position, insisting: "The burden to the plaintiffs from the regulations, if any, is minimal, they are applied neutrally, and they concern legitimate state interests, including protecting the integrity and reliability of the electoral process."

As a result of such arguments, while some attorneys are working to undo the restrictions that make voting by mail more difficult, others are fending off efforts to keep those restrictions in place.

Richards and her firm recently filed an amicus brief on behalf of the Brennan Center for Justice in defense of the Michigan secretary of state's decision to mail absentee ballot applications to all registered voters in that state.

In 2018, Michigan voters approved an amendment to the state's constitution expanding absentee voting rights, according to Richards, and the secretary of state cited public health concerns created by the pandemic in her decision. But the move was challenged by Republican candidates for office who claimed, among other things, that "rushing unsolicited voters into voting" hampers the GOP candidates' ability to campaign.

The judge in that case has already denied the preliminary injunction the plaintiffs were seeking, and a motion for summary disposition is pending before the court, Richards said.

At Ropes & Gray, litigation associate Patrick T. Roath filed an emergency petition with the Supreme Judicial Court of Massachusetts in July after the secretary of commonwealth announced he would not comply with a new law passed by the state Legislature ordering that all registered voters be mailed applications for absentee ballots by July 15.

The secretary attributed his decision to a lack of funding to pay for printing and postage and argued that under his reading of the CARES Act, $8 million of federal funding earmarked for the state could not be used for mailing ballot applications.

Roath said this is the second case about voting rights in Massachusetts that Ropes & Gray has taken on pro bono since the spring.

The defendants in these cases — mostly secretaries of state and state boards of elections — are usually represented by state attorneys, and it's unclear if any of the Republican parties are represented pro bono. Attorneys representing the GOP in the cases in Rhode Island, North Carolina and California did not respond to press inquiries.

These cases are moving fast. 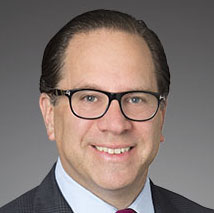 Other pro bono attorneys insist that voting-related litigation has been on the rise since well before the pandemic, and it's not unusual for the number of those cases to pick up in a presidential election year.

But where previous election cycles often involved facial constitutional challenges to voting regulations, the challenges this year are focused more on access to mail-in ballots and the burdens the epidemic adds to voting requirements, attorneys say.

In June, Libby filed a motion to intervene on behalf of several voter advocacy organizations in a pair of Republican challenges to California Gov. Gavin Newsom's order to send mail-in ballots to every registered voter in that state.

"I can't imagine us having to litigate a California mail-in ballot case prepandemic," said Scot H. Fishman, a Manatt partner and the director of pro bono at the firm.

Another thing that's different is the speed with which these cases are moving through the courts, Keats said. "We went from filing a complaint to the First Circuit Court of Appeals to the U.S. Supreme Court in the space of three weeks," he said about his own case in Rhode Island. He wonders aloud whether that may be some kind of record.

That pace has been accelerating across the country. In North Carolina, the Legislature and board of elections fixed some of the restrictions Varghese and his team at WilmerHale had sued over shortly after they filed their complaint, mooting some of the issues, though others are still being litigated, Varghese said.

In the Massachusetts case that Roath at Ropes & Gray worked on, the SJC ordered a hearing the day after the suit was filed, and the secretary of commonwealth reversed his position on using the CARES Act money and started sending out ballots that same day, Roath said. The Massachusetts secretary of commonwealth did not respond to a request for comment.

And in California, when the RNC insisted the governor didn't have the authority to order mail-in ballots be sent to voters, the state Legislature passed legislation with a large bipartisan majority to order essentially the same thing, causing the Republicans to dismiss their cases voluntarily, according to Libby.

While that speed may be a challenge, it also makes BigLaw attorneys particularly well-suited to tackle these cases, Varghese said.

Pro bono lawyers may have to continue to play that role well after the final votes are cast on Nov. 3, some of those attorneys say, with several predicting that the court battles over mail-in ballots that are playing out now are just a prelude to the fights that will be fought after the election.

"There could be litigation over the use of mail-in ballots, over how things were counted, how the ballot was designed, all that sort of stuff," Libby warned. "You could have Florida 2000 in four or five states, and we could be sitting here in December still trying to figure out who the president's going to be."

Varghese, though, doesn't intend to wait for that to happen. Now's the time to bring these cases, he said. "If you wait until November, the ballots are already printed, everything's already out there, and now it's too late."