By Tom Zanki
Law360 is providing free access to its coronavirus coverage to make sure all members of the legal community have accurate information in this time of uncertainty and change. Use the form below to sign up for any of our daily newsletters. Signing up for any of our section newsletters will opt you in to the daily Coronavirus briefing.


Law360 (September 14, 2020, 5:28 PM EDT) -- In this installment of Coronavirus Q&A, the head of Davis Polk's corporate department discusses how the pandemic has impacted legal work in the capital markets sector and explains how he has adjusted his practice in response to COVID-19. 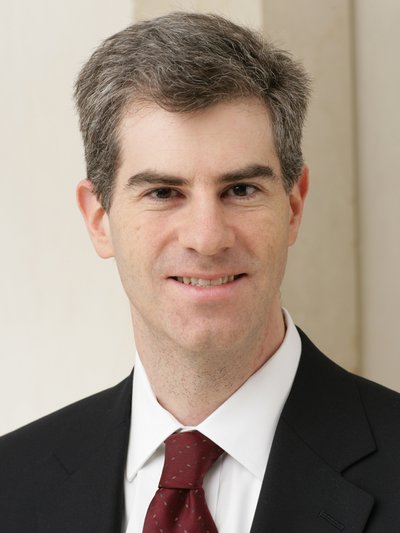 Michael Kaplan, a capital markets partner at Davis Polk & Wardwell LLP's New York office, is a member of the firm's three-person management committee and leads Davis Polk's corporate department. He shared his perspective as part of a series of interviews Law360 is conducting with law firm practice leaders about the wide-ranging fallout and effects of the coronavirus crisis.

In terms of activity, how would you describe the last six months compared to your career as a capital markets lawyer?

It's probably the busiest sustained period of six months that I can remember. I've been practicing since 1996. So I'm not the oldest person you're speaking to, but definitely have been around for a while, and I don't remember it being this busy for this long. We've had bursts of activity that have been quite busy before but this has really been sustained.

When the coronavirus pandemic began spreading in the United States, could you have envisioned that this event would result in the busiest time of your career?

No, absolutely not. February feels like a lifetime ago. The markets were quite busy already, so it wasn't like we weren't doing well. It was a very active IPO market, probably stronger than other aspects of the market like investment grade or high-yield debt or convertible debt, though those were all busy too. So I think when we left the office and started working at home, we thought the activity would be quiet for some time and then we would get busy on a lot of rescue financing. The basis for that expectation is that's what happened in the financial crisis. Things got very quiet for a little while and then there were rescue financings. It really took some time before you saw anything but rescue financing. Here, we did see rescue financings right away and it was busy. But then it very rapidly morphed beyond just rescue financings. People were seeing the markets are open for public companies, so let's raise money or refinance debt to push out maturities. Then the IPO market came back. That's pretty strong as well. It's quite remarkable. I would have bet you a lot of money on March 10 or so that this wouldn't have happened and I think most people would have as well.

In terms of debt capital, the markets seemed to first reopen for investment-grade companies, or those with the best credit. But it quickly expanded beyond that to include more distressed companies. Walk us through your experience.

That's right. We started doing investment-grade debt pretty early on. After we all started working from home and the pandemic became a major thing in March, we did the first high-yield deal at the end of March for Yum Brands. Restaurant chains are certainly impacted by the pandemic, but that was a relatively high-rated credit deal that got done. It didn't open the floodgates immediately, but there were a few more high-yield deals over the next week or two. Then the floodgates opened for high yield as well. It wasn't that investment-grade companies stopped issuing. They continued to issue massive amounts too. Then high-yield issuers, including high-yield issuers that really didn't have revenue given the pandemic, began issuing. We started to see cruise companies, which were basically shut down, as well as restaurant chains, airlines and retail stores. People had access to the markets fairly quickly.

When did you know that equity capital markets were back in businesses?

We started seeing follow-on equity deals at some point in April. The IPO market really started in May. We did Warner Music, which was really one of the first sizable IPOs. We did a few smaller biotech companies right before that. When those deals started to get done, they were done in a way where there was a lot of "testing the waters" in advance so that the banks felt comfortable with the deal. Each one was treated as a special situation to make sure that people would be confident that, at public launch, the deal would be able to get done. And then once those got done and we started to see confidence, you started to see all the other IPOs that had been in the queue since February or March and that had been put on hold started to come back again. It's really a very strong, strong IPO market where we continue to see companies going public. I think there were nine deals filed publicly right before Labor Day to launch shortly after Labor Day. We continue to see companies calling us to ask us to pitch to represent them.

How has the pandemic changed the way you practice your craft?

Obviously, we're doing this from our homes, which is fairly remarkable. I'm not sure that I would have predicted that our team would have been able to do it so seamlessly. We have associates that are working an awful lot just because it's been so busy, but they're doing a great job. The fact that we're able to do it while we're all working remotely is pretty remarkable. It's not something I would have predicted. Early on in the pandemic, I was working on a fairly complicated exchange-offer transaction with a sizable team at the firm. We put together two prospectuses that were probably 400 or 500 pages each with the number of securities being described. And we did it on a timeline while working remotely that I'm not sure we could have done in the office where we're all sitting around the conference-room table and working together. So I think the ability to work remotely has been better than I would have expected.

Examining developments of the past six months, what changes would you describe as temporary adjustments to a pandemic and what changes are likely to be permanent?

When things get back to normal, whether it's with a vaccine or whenever that may be, I don't think everything will be fully remote. Obviously, people will be back in their offices and we will have in-person meetings again. I don't think we're going to continue with fully remote, but I don't think it's going to go back to the way it was. For example, I'm not sure that marketing roadshows are going back to that in-person nine day roadshow where the CEO and CFO were on a plane going to a whole bunch of cities. I think they may do some in-person meetings, but a lot of it will be done remotely. It's more efficient and it works. Being on a Zoom call is not the same as being in person, but it's a lot better than being on a conference call and it's pretty good. So I think there's going to be more weighing of the costs of in-person meetings versus the benefits.

How would you describe the regulatory response during this period?

If you think of the broader government response, the Federal Reserve reducing interest rates to zero, etc., that's obviously been very helpful. From an SEC perspective, they've taken appropriate steps of reminding people about disclosures around COVID: What should we say, what disclosures should there be, all of which is constructive and useful. Aside from that, they haven't done a lot related to COVID, but frankly, they didn't need to because I think they've done so much over the last few years to facilitate offerings that, assuming there's a market open, people have been taking advantage of that. The ability to do "testing the waters" for everyone, that's very important because it gives people confidence before they publicly file that there are going to likely be buyers for their IPO. You have the ability to do confidential filings for everyone up until two weeks before the roadshow. Again that is very helpful. It encourages people to start the process even with some uncertainty, knowing that they're not going to have a public black eye if the IPO doesn't happen. Those are all things that the SEC has done already, and the value of that shows.

Are there any signs of this furious activity letting up?

There was a little bit of volatility in the markets in the first week of September. If that were to continue, that would obviously have an impact. If the market starts trading down in any significant way I think you would see the market slow down. But we've been amazed. I would have said at the end of April that this isn't going to last much longer because the companies that needed money have raised it. I would have said the same after May. At this point, I think if the market is there, we're going to continue to see very strong markets and companies continuing to issue debt to refinance their debt and companies continuing to do IPOs.