Federal law enforcement officials could soon be prohibited from reading emails sent between prison inmates and their lawyers under legislation passed by the U.S. House of Representatives, as defense attorneys warn the issue has become more urgent now that the pandemic makes in-person visits almost impossible.

While attorney-client privilege has long applied to in-person meetings and phone calls between those in federal custody and their defense attorneys, this privilege has so far not been applied to electronic communications.

But that may change after the House passed H.R. 5546, the Effective Assistance of Counsel in the Digital Era Act, which would extend attorney-client confidentiality to emails sent to and from federal prisons. The bipartisan legislation, which was introduced by Reps. Hakeem Jeffries, D-N.Y., and Doug Collins, R-Ga., in January, was passed by voice vote on Sept. 21, and advocates now hope the coronavirus, which has increased reliance on email, will lend the bill the urgency it needs to get through the Senate.

"It's long past time" for this reform, according to Jumana Musa, director of the National Association of Criminal Defense Lawyers' Fourth Amendment Center, which worked with Jeffries and others on the legislation.

Attorney-client confidentiality serves all of society. 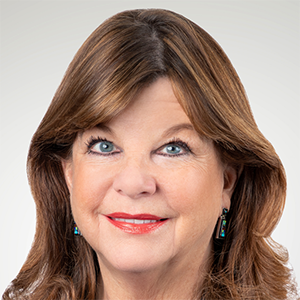 The bill also requires the contents of electronic communications to be destroyed when an inmate is released and authorizes the suppression of evidence obtained from prisoners' emails. And its protections would apply to all federal prisoners — both pretrial and post-conviction — held in prisons operated by the BOP as well as private prisons with which the BOP contracts.

Until now, prisoners who use the BOP's email system, called TRULINCS, have had to consent to having emails sent over that system monitored, according to Musa. And since prisoners can't access the system without agreeing to that waiver, it's not really a waiver, "because it's completely coercive," she said.

Collins, speaking at the markup in February, said, "This bill would protect the rights of incarcerated men and women to speak openly and honestly with their attorneys online without fear that those communications are being monitored by the prosecution." Collins did not respond to a request for comment on the bill's passage.

The American Bar Association has also supported the legislation and worked with Congress on its drafting. In a statement, ABA President Patricia Lee Refo noted that not every incarcerated person has been convicted of a crime and those who have been convicted still have a right to attorney-client privileges.

"Attorney-client confidentiality serves all of society, and there is no justifiable basis for continuing to deny for email what is already recognized for regular mail, telephone calls, and in-person conversations," she said.

The BOP told Law360 that it does not comment on legislation. But on its website, the agency acknowledges that "inmates and their contacts must consent to monitoring prior to using the [TRULINCS] system." According to that notice, the monitoring is intended to screen for "content that could jeopardize the public or the safety, security, or orderly operation of the facility."

The DOJ, along with Jeffries, did not return requests for comment.

The fact that prisoner emails are not afforded the same confidentiality as other forms of communication first came to light in 2014 when the U.S. Attorney's Office for the Eastern District of New York informed defense lawyers that prosecutors monitored emails sent to and from prisons and did not consider those communications privileged, according to David Patton, executive director and attorney-in-chief of the Federal Defenders of New York.

That policy makes what would otherwise be a far easier method of communication than phone calls or in-person visits problematic, defense attorneys say.

It is often extremely difficult for attorneys to meet in-person with their jailed clients, especially in the federal system, according to Patton. Post-conviction, those clients may be held in far-flung prisons around the country, and even pretrial detention facilities are often hours away from the courthouse.

Like in the real world, those communications ought to be privileged and confidential. 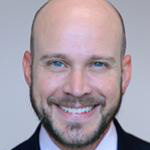 Those hurdles have only grown higher as a result of COVID-19, pointed out Melody Brannon, the federal public defender for the District of Kansas.

When a prison is locked down because of the pandemic, inmates' phones are taken away, and prisoners are not allowed to send mail, even legal mail, according to Brannon. And defense lawyers can sometimes wait up to five weeks after asking a prison for a client phone call before even getting a response. "So it becomes very difficult to communicate with them on any meaningful level," she said.

As a result, emailing with clients is usually the best — and, sometimes, the only — option. "And, like in the real world, those communications ought to be privileged and confidential," Patton said. "Otherwise what's the point of having the ability to communicate if they're just out there for the government to read."

The Federal Defenders did eventually work out an agreement with prosecutors in the Eastern District of New York to segregate attorney-client emails, but Patton and Brannon both say they refrain from emailing their clients anything but the barest logistical details since they know those emails are monitored and could be introduced in court.

That has happened. In a Freedom of Information Act lawsuit the NACDL filed against the BOP and DOJ in 2018 over the policy, it cited a case in which prosecutors at a resentencing for a Pennsylvania state senator who had been convicted of fraud and tax evasion introduced over 12,000 pages of the senator's prison emails, claiming they showed he lacked remorse for his crimes. That lawsuit is still ongoing, according to Musa.

The policy also poses barriers for prisoners trying to report issues with treatment in a facility or concerns over COVID-19, both Musa and Brannon say.

Just last week, an inmate at a prison in Leavenworth, Kansas, emailed her attorney to report a positive coronavirus case in the facility, according to Brannon. But that email was intercepted and deemed inappropriate by authorities, who reprimanded the prisoner and kept the email from being sent.

"That client has every right to say 'I'm concerned about this' because that attorney may have grounds to ask for the court to reconsider release," Brannon said. "But if that attorney can't have that information because the facility decided to intercept it as inappropriate, then there's a problem."

So attorneys like Patton and Musa have worked for years to champion H.R. 5546. A previous version of the bill introduced by Jeffries and Collins in 2015 failed to pass. And the current version actually passed the House earlier this year as part of the HEROES Act. But given the deadlock over that bill in the Senate, supporters chose to re-pass it as a stand-alone item.

The legislation now heads to the Senate, where Musa says the NACDL is looking for potential sponsors. But there is currently no Senate version of the bill, and its fate is uncertain.

She's hopeful, though, that the pandemic, and the challenges it has created for attorneys trying to communicate with their imprisoned clients, may finally push Congress to act.

"It was no longer just super inconvenient to have to drive all the way out to a prisoner and get a scheduled privileged call, but now you don't even have the option to drive out," she said, "... and so it was just sort of another moment where it became super clear that this was really necessary."