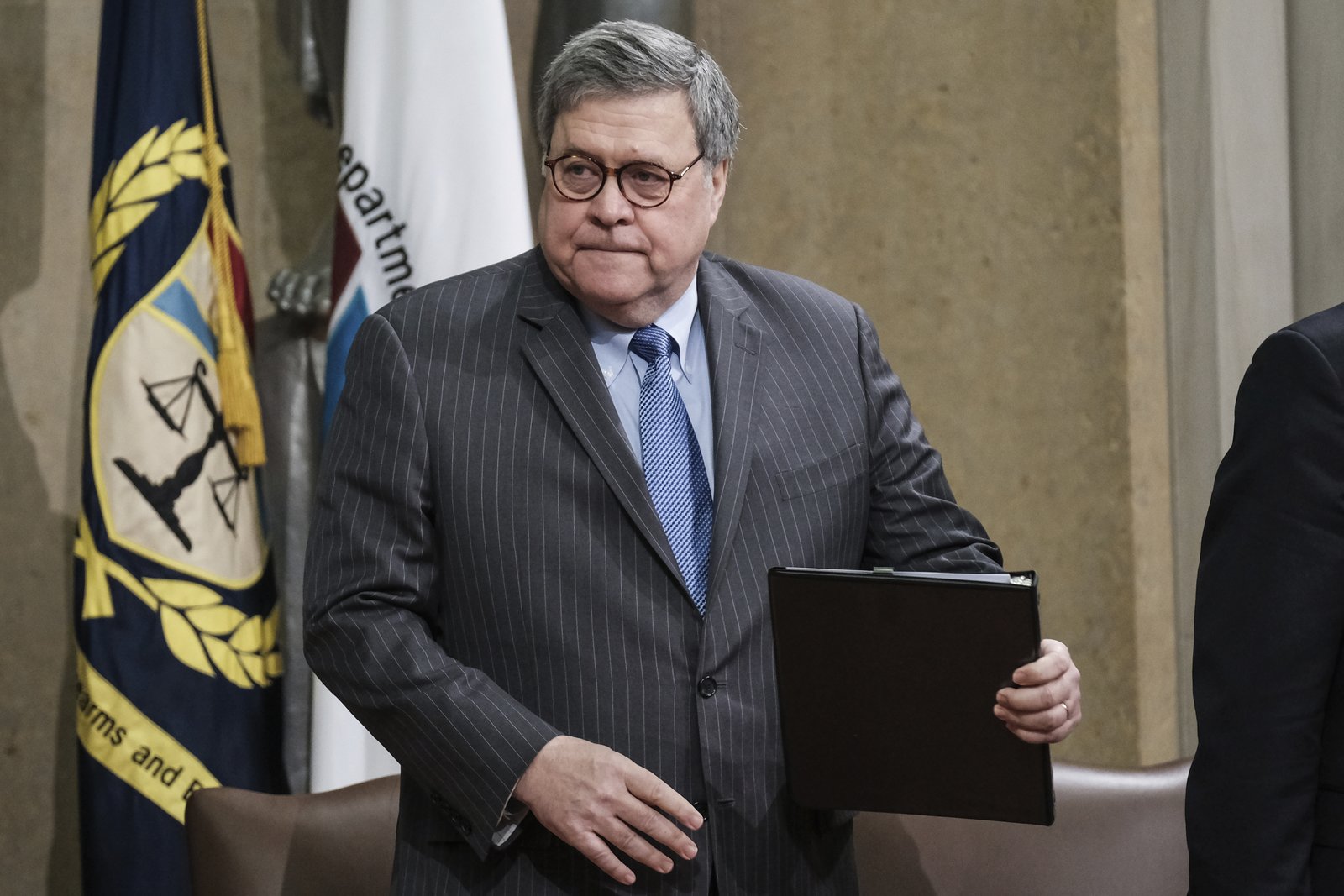 Attorney General Bill Barr announced the creation of the Presidential Commission on Law Enforcement and the Administration of Justice in January. On Thursday, a D.C. federal judge ordered the commission to halt its work because its lack of a "fairly balanced" membership and closed-door meetings violated federal law. (AP Photo/Michael A. McCoy)


A judge's recent decision to halt a controversial law enforcement commission organized by Attorney General Bill Barr over a lack of a "fairly balanced" membership and closed-door meetings has reform advocates hoping for a more open process going forward.

The Presidential Commission on Law Enforcement and the Administration of Justice, which has been "far from transparent," must immediately stop its work and cannot release any report until it meets the requirements of the Federal Advisory Committee Act, U.S. District Judge John D. Bates said in the ruling.

"Especially in 2020, when racial justice and civil rights issues involving law enforcement have erupted across the nation, one may legitimately question whether it is sound policy to have a group with little diversity of experience examine, behind closed doors, the sensitive issues facing law enforcement and the criminal justice system in America today," the judge wrote in his decision granting summary judgment to the NAACP Legal Defense Fund.

The racial justice-focused legal organization sued the attorney general and the commission's leaders in April, claiming the body hasn't made any of its hearings or records publicly available, is not free from inappropriate influence and is composed solely of current and former law enforcement officials. The commission has no voices from academia, the criminal defense bar, civil rights groups or former prison inmates, the complaint said.

That secrecy and lack of balance mean the commission violates FACA, a law enacted to ensure that government committees are open and accountable to the public, the nonprofit alleged.

Several civil rights advocates applauded the decision. Miriam Aroni Krinsky, founder and executive director of Fair and Just Prosecution, called the ruling "a victory for all those who are working towards building a more fair and just criminal legal system."

"The skewed makeup of the commission and its working groups — and its secretive and closed process — underscores the bias and predetermined agenda inherent in the establishment of this group," she said in a statement.

Other advocacy organizations echoed that sentiment. "By excluding the expertise and knowledge of civil rights organizations, social workers, criminal defense attorneys — people who understand the real world effects of unconstitutional policing — you're going to end up with policies that further exacerbate the problems inherent in our criminal legal system," said Sakira Cook, justice reform program director at the Leadership Conference on Civil and Human Rights, which wrote to the commission in April expressing its own concerns.

The commission was created in January after President Donald Trump ordered Barr to study law enforcement-related issues and make recommendations for how the government could reduce crime and improve respect for police. Those recommendations were slated to be given to the attorney general by Oct. 28, according to Merle.

In announcing the commission, Barr said, "It is important that we hear from voices and consult perspectives outside of law enforcement." He added that civil rights, community and defense attorney organizations would "have opportunities to provide advice, counsel and input to the commission."

But that's not at all what happened, the fund said in its suit.

Instead, the 18 commission members include only sheriffs, chiefs of police, FBI officials and other current and retired law enforcement officers, according to the commission's website. Its chair, Phil Keith, is a retired police chief, and its vice chair is Katharine Sullivan, a principal deputy assistant attorney general at the DOJ.

In addition to being against federal law, that's a problem because a commission making recommendations to the president that will affect law enforcement policy should have "diverse viewpoints and not just viewpoints of law enforcement," Merle insisted. "You need the viewpoints of those who are impacted by police violence and from the civil rights community and from other communities that are not represented on this commission."

And none of the commission's meetings, which "they have been having in secret all summer," have been announced in the Federal Register or made open to the public, as required by law, Merle added. The commission convened its first hearing in February and had held 14 hearings by July 22, according to its website.

Those hearings "were all one-sided," said Ramsey County, Minnesota, District Attorney John Choi, who was a member of one of the commission's working groups. Not only the commission members but also all of the witnesses those members heard testimony from were law enforcement officials, he said.

Choi said he became concerned about how the commission was operating after remarks from Barr and Trump suggesting that its findings may have been predetermined, and when he began getting phone calls from other elected officials and prosecutor organizations about the commission's lack of transparency.

"Obviously we got a glimpse of what they were looking to do, and it was pretty sinister in my opinion," he said.

Choi and another district attorney on a different working group wrote a letter to the commission outlining those concerns in May, but they never got a response, Choi said.

That secrecy, along with its other failings, means the commission violates FACA, which mandates that any government committee must "be fairly balanced in terms of the points of view represented," must announce its meetings in the Federal Register at least 15 days in advance and must "assure that the advice and recommendations of the advisory committee will not be inappropriately influenced," Judge Bates wrote in his decision.

In fact, what the DOJ has argued instead is that FACA does not apply to the commission, which it said in an opposition motion filed in June falls under an exemption in the law for bodies composed exclusively of federal government officials and elected officers who meet "solely for the purposes of exchanging views, information, or advice relating to the management or implementation of federal programs."

The government also claimed the Legal Defense Fund had no standing to sue since it won't be harmed by the commission's operation and that a court cannot evaluate Legal Defense Fund's claims because there are "no judicially manageable standards" for determining committee balance and whether a committee has been inappropriately influenced.

The commission's mandate to study and make recommendations about a wide range of law enforcement-related issues is also far too broad for it to fall under the exemption, which is intended for government bodies that simply manage existing federal programs, the judge added.

The effect of the commission's work, and the judge's ruling halting it, remains unclear. Although Judge Bates' order prohibits it from releasing its recommendations, Merle said documents released after public records requests suggest that a report may have already been finished and provided to Barr. While she hasn't seen those recommendations, she is concerned about what they may look like.

Still, she said she and other advocates hope the commission is reconstituted with a more balanced membership and begins holding more open and transparent hearings. But it's also possible the attorney general may decide to simply shut the body down, which would be a very telling signal.

"If they'd rather scrap it wholesale rather than reconstitute it with a fairly balanced membership including the civil rights community, I think that really sheds light on the purpose of this commission as they saw it," Merle says.

Barr and the commission are represented by Bradley P. Humphreys and Elizabeth J. Shapiro of the U.S. Department of Justice.