Law360 (January 14, 2021, 9:07 AM EST) -- Material adverse change clauses in public merger agreements are getting more specific to provide both parties to a deal with greater certainty, and the provisions are more heavily negotiated in agreements valued at $1 billion or more, according to a new survey from Nixon Peabody LLP.

The survey aims to pinpoint the current market standard for material adverse change, or MAC, and material adverse effect, or MAE, clauses by evaluating publicly filed merger agreements for deals worth at least $100 million. The most recent survey, released Thursday, is the firm's 18th overall and second since 2017.

The survey looked at 220 agreements from June 2019 through May 2020. The deals ranged from $100 million to $26 billion in value, and while the majority of the agreements were entered into prior to the pandemic, there was a "reasonable sample size" inked at the height of the COVID-19 lockdowns last spring.

MAC clauses received plenty of time in the limelight last year because of the pandemic. Multiple high-profile transactions broke down amid the COVID-19 crisis, with buyers seeking to get out of sizable acquisitions, and in some cases saying the pandemic constituted an MAC.

Among the most noteworthy examples is the dispute between jewelry retailers Tiffany & Co. and LVMH Moet Hennessy Louis Vuitton SA. LVMH agreed to buy Tiffany for $16.2 billion in November 2019, but in the wake of the pandemic said it wouldn't be able to go through with the transaction. Tiffany sued LVMH in Delaware Chancery Court, accusing it of unlawfully using the pandemic to try to avoid completing the deal.

LVMH filed a competing lawsuit in Belgium, and one of the issues at hand was whether the economic effects of the pandemic on Tiffany's business constituted an MAE. Ultimately, the companies announced in October 2020 that they had settled their dispute and agreed to a revised $15.8 billion merger. 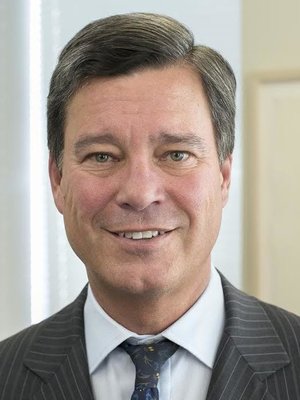 "There's an aspect of this that is not surprising, which is that [MACs] are being used for re-pricing," said Nixon Peabody corporate partner Richard Langan, who has worked on the MAC survey since its inception and is lead author of the latest edition.

The survey shows that MACs are almost universally accepted in merger agreements, according to Langan, but more importantly, the results provide a look at the specific language that today's lawyers are using in these clauses.

"For the most part, specificity has been added to these clauses," Langan said. "Parties have greater comfort in terms of when or when not clauses might be invoked."

The survey also found a significant number of deals with MAC clauses that specified an event "would reasonably be expected to" result in a material adverse effect, helping to expand the situations where an event could qualify as materially adverse. This positions the bidder to potentially account for issues facing the target that have not yet been reflected on an income statement or balance sheet, according to the survey.

As an example of the intent of the language, Nixon Peabody outlined that the notification to a target by one of its major customers that they will no longer be doing business together "would reasonably be expected to" result in a loss of sales and a decline in profits for the target, even if those effects might not occur by the time the deal is supposed to close.

When looking at only the deals valued at $1 billion or more, "would reasonably be expected to" appeared in 68% of transactions reviewed, down from 77% in 2019.

Despite the fact that the "would reasonably be expected to" language was featured in a smaller percentage of the deals reviewed for the latest survey compared to the previous year's, Langan said the overall trend shows that the language is here to stay.

"Traditionally, a lot of discussion over MAC clauses was over whether or not they should speak to future events, such as the target company's prospects," he said. "That's where a lot of the negotiation fell in the early days. Targets would fight that quite vociferously. The compromise was to include this 'would reasonably be expected to' language, because it does have a forward-looking element to it."

In another change from the previous survey, Nixon Peabody found there was a slight decline in MAC clauses featuring the pro-bidder "disproportionately affects" language. The phrase appeared in 83% of the deals analyzed for the latest survey, down from 87% in 2019, but up from 76% in 2017.

Such language carves out exceptions from the MAC clause to make sure that the buyer is protected in the event that the target suffers greater hardships than peers from a specified event, with the COVID-19 pandemic being a prime example of such an event.

When looking at only the deals valued at $1 billion or more, the "disproportionately affects" language appeared in 88% of transactions reviewed in the latest survey, which is the same result as the previous year.

Another noteworthy finding from the survey is that the number of exceptions carved out per agreement was higher when deals were bigger. On average, there were about 15.7 exceptions per agreement in the 88 deals reviewed with a value of $1 billion or more, compared to 14.1 exceptions for the rest of the transactions analyzed. According to the survey, one reason for that outcome is that MAC clauses in larger deals may be more heavily negotiated, because the higher the price tag, the more money will be at risk if the deal goes wrong.

Potential changes in the economy and the general conditions of specific industries also clearly remain top of mind for deal makers negotiating a merger agreement. An exception to the MAC clause detailing "changes in the economy or business in general" and "changes in general conditions of the specific industry" appeared in 92% and 89% of deals, respectively, compared to 94% and 87% the previous year.

Because of the timing of the survey, the full effects of the coronavirus pandemic on the language of MAC clauses were not necessarily captured. Still, although a significant majority of the deals included in the survey were announced before the pandemic, 25% of the agreements reviewed included an exception relating to pandemics or COVID-19.