Law360 (March 12, 2021, 1:05 PM EST) -- When a Los Angeles Superior Court employee fell ill with the coronavirus in December, interpreters who had been in contact with that worker asked court officials if they could quarantine, but some of them were required to show up for work anyway — a decision one court staffer claims cost an interpreter his life.

Sergio Cafaro, a 56-year-old interpreter who allegedly was not allowed to take time off, was eventually hospitalized with COVID-19 and died in January. His fellow interpreter Begonya De Salvo claims his death could have been prevented if the court had better virus safety precautions and if existing policies had been better enforced.

"My friend should never have died," she said. "I've been working with him for four years, he was a close friend, and I'm not going to see him again because of COVID, and it was so easily preventable."

De Salvo's accusations are similar to those being raised in a pending suit by several nonprofit legal groups alleging the Los Angeles County Superior Court's presiding judge required people to attend hearings in person during the pandemic and that practice may have led Cafaro and two other staff members to die from COVID-19.

The pace of in-person jury trials in state and federal courts dropped off sharply last year after the United States' declaration on March 13, 2020, that the coronavirus pandemic had become a national emergency. Many courts that opted to proceed with limited trials have added safety measures that have kept staff, attorneys and litigants healthy, but some courts, even with protocols in place, have had employees and others get sick with the coronavirus and even die.

A year later, as vaccinations roll out and courts face pressure to address a growing backlog of cases, many attorneys told Law360 they are eager to get back to the courthouse and are confident that proceedings with proper safeguards can serve as a model for other courts. But others fear that rushing to resume in-person trials could put people at risk.

In-Person Jury Trials Slow to a Trickle in 2020

One way many courts sought to mitigate the risk of COVID-19 exposure over the past year was to avoid holding in-person jury trials, which necessarily involve gathering large groups of people for days at a time.

A number of courts held off convening juries during the pandemic, while others repeatedly postponed those they had scheduled, making trials a rare occurrence during 2020.

I'm not going to see him again because of COVID, and it was so easily preventable.

According to the Administrative Office of the U.S. Courts, there were 440 jury trials that got underway in the federal courts between April 1 and Dec. 31, compared to 2,468 in the same nine-month period in 2019 — an 82% decline.

While comparable data isn't available for state courts, Paula Hannaford-Agor, director of the Center for Jury Studies at the National Center for State Courts, said that in normal times, there were about 2,100 trials a week at the state level, and "I'd be surprised if there have been that many" since the pandemic began.

Of the trials that did proceed, many went off without a hitch, but several trials have run into problems keeping the coronavirus outside courthouse doors.

In the very early days of the pandemic in March 2020, a juror at a murder trial in Albany, Georgia, tested positive for COVID-19, leading to an outbreak that infected 23 court employees, including a probate judge who died.

A felony trial in Texas and a bombing trial in Minnesota were also put on hold in the fall after jurors tested positive.

In November, an Eastern District of Texas judge overseeing a contract trial where masks were required declared a mistrial after 15 participants tested positive for the virus.

And last week, a juror in a conspiracy trial in New York City tested positive. However, the trial continued after the other jurors tested negative.

In contrast, some told Law360 about the positive experiences they've had with trying cases in person during the pandemic.

Ricardo Echeverria of Shernoff Bidart Echeverria LLP, for instance, participated in two jury trials in personal injury cases under pandemic protocols and believes they can be conducted safely.

He has the unique perspective of conducting the same trial, with the same jury, in both the pre-COVID world and during the pandemic. He began a trial in Yolo County, California, on March 2, 2020, that was slated to run for two to three weeks, but on March 16, most of the country went into lockdown.

The judge decided to close the courthouse and asked the jury to return in person to complete the trial when it was deemed safe, which turned out to be late June.

While two of the jurors were excused due to COVID concerns and family issues, the other 12 came back to the courthouse, and "I was really blown away that these jurors were willing to come back after a three-and-a-half-month delay," Echeverria said.

In terms of COVID safety, "there were significant precautions in place, and it worked out fine," he said. The jurors were spaced apart for social distancing and used the courtroom to deliberate with the jury room deemed too small. Plexiglas partitions were set up between people, while attorneys wore face shields.

Echeverria had another pandemic-era trial in a different injury case in November, with even more precautions in place. The parties agreed to have only eight jurors, rather than 12, to decrease the number of prospective jurors who were needed, and everyone had to wear a mask at all times, including when the attorneys were giving opening and closing statements and questioning witnesses.

"That was definitely a strange experience, not so much wearing the mask and speaking, but not being able to see the jurors' expressions," Echeverria said.

Despite the unusual setup, he said those safeguards can serve as a model for future trials: "I've done it twice, and I'm willing to do it again," he said.

'Light at the End of the Tunnel'

At this point in the pandemic, "there's light at the end of the tunnel," said Steven Quattlebaum of Quattlebaum Grooms & Tull PLLC, yet it may not be until a substantial percentage of the population is vaccinated before trials can safely happen with regularity.

The other added pressure is that the backlog of cases continues to build, so there is a need to have trials and get disputes resolved. 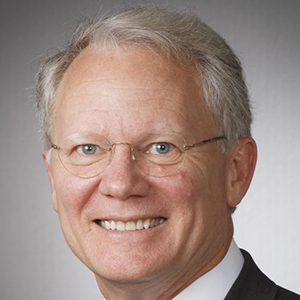 "The other added pressure is that the backlog of cases continues to build, so there is a need to have trials and get disputes resolved," he said. "That's what's pulling in the other direction."

Quattlebaum chaired an American Board of Trial Advocates task force that last summer put together a guide for courts about how to safely conduct jury trials during the pandemic. Some of its recommendations, like mask mandates, Plexiglas shields around witness boxes and using larger-than-usual spaces for trials, became commonplace among courts that held in-person proceedings over the past year.

Other suggestions, like doing jury selection or entire trials remotely using a platform like Zoom to avoid a large gathering in the courthouse, have been used more sparingly. But according to Quattlebaum, many of the trials that did take place seem to have been successful.

The things that courts did "that allowed for jury trials to take place and allowed for the experience to be a good one are going to be even more important down the road," he said.

Another task force member, Doris Cheng of Walkup Melodia Kelly & Schoenberger, said she's "absolutely" ready to participate in trials again "because I believe that we can make it safe, and I want to make sure my clients' rights are protected."

"I would feel comfortable. You're always worried, but that kind of worry is a good motivator for taking precautions ... not for shuttering ourselves in," she said.

But some worry that going back to in-person trials too soon could be dangerous. And just because courts have public health measures in place doesn't mean those who use the court system are safe.

Hannaford-Agor of the National Center for State Courts said it's important not just that courts establish safety provisions, but ensuring that they're adhered to.

"If the court is saying one thing and then you show up in court and that's not actually what's happening, then that message gets out" and will stir concern, she said.

De Salvo, the Los Angeles Superior Court interpreter, said that has been the problem in her workplace. While the court had procedures in place that encourage masks and social distancing, several issues at the courthouse increased the risk of COVID exposures.

That included judges who don't enforce mask requirements inside; the lack of screening to check if anyone is sick before entering the building; and a limited number of remote hearings, meaning people and staffers need to attend in person for minor matters, De Salvo said.

"The protocols are there, but they're just on paper," she said.

The Los Angeles court said in a statement that it doesn't comment on the lawsuit alleging safety problems, but anticipates that all matters "will be heard safely and fairly because of our commitment to equal access to justice."

While more people are being vaccinated, "masks and social distancing and temperature checks and everything like that are actually going to be continuing well into the future, just as a matter of public safety," Hannaford-Agor said.

Even when people may be comfortable eating at a restaurant, Hannaford-Agor said gathering people in a courthouse for days to hear a case is another matter.

"I'm not sure you're going to be ramping up jury trials at the same rate that you had before," she said.