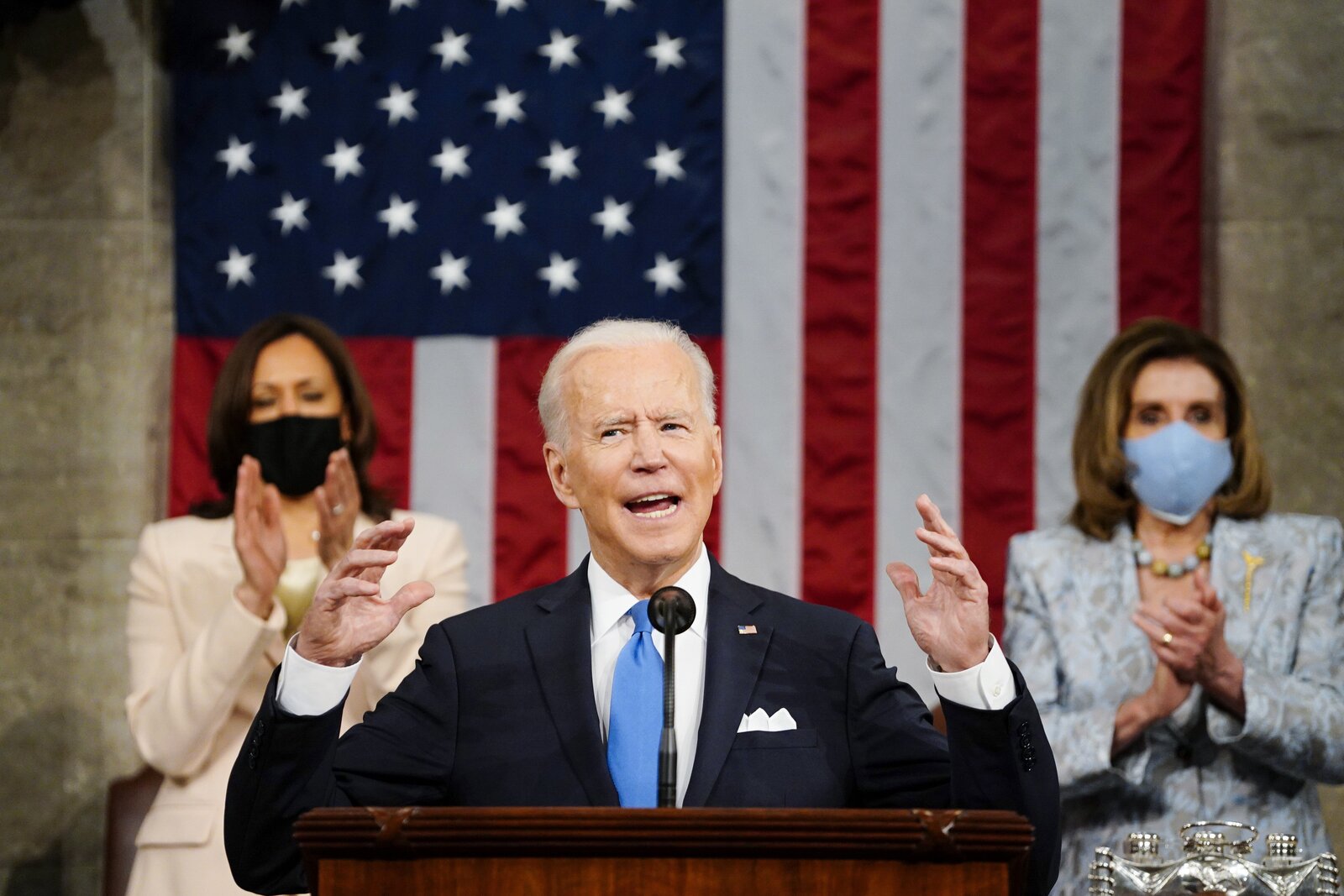 Advocates say that even though Biden entered his presidential term with a full plate of pressing issues to tackle, including the COVID-19 pandemic and economic downturn, he could have easily taken more steps to advance criminal justice reform at the beginning of his administration.

Kara Gotsch, deputy director of the Sentencing Project, a nonprofit research organization seeking to reduce incarceration rates, said she is especially disappointed with the Biden administration because it supported renewing a policy that subjects individuals to mandatory minimum sentences for having trace amounts of fentanyl in their systems.

The policy was enacted under former President Donald Trump and goes against Biden's campaign promise to end mandatory minimum sentences for federal drug offenses, according to Gotsch.

Gotsch said she is outraged that Biden's administration ignored advice from lawmakers, the legal community and criminal justice organizations to not support the policy when Congress was weighing whether or not to re-up the rule. Congress voted last week to renew the policy.

"It's just mind-boggling that we are having this conversation that is a repeat of conversations that I personally have been having for decades," Gotsch said.

In Biden's March proclamation about "Second Chance Month" in April, he said his administration supports giving second chances to people by "diverting individuals who have used illegal drugs to drug court programs and treatment instead of prison" and "eliminating exceedingly long sentences and mandatory minimums that keep people incarcerated longer than they should be."

"So why are we literally doing the opposite, which is to expose more people to the harshest mandatory minimums on the books?" Gotsch said.

One of the biggest actions Biden took was issuing an executive order in his second week of office ending the use of privately operated federal prisons. That move reinstated an order first issued by former President Barack Obama, which Trump had reversed. Even that action from Biden, however, didn't go far enough to reform the criminal justice system, advocates say.

Brandon Buskey, deputy director of the American Civil Liberties Union's Criminal Law Reform Project, explained that one of the problems with Biden's order is that it doesn't immediately end federal prison contracts with private operators. Instead, the order phases out these contracts, which are usually for five to 10 years, by preventing them from being renewed when they expire, he said.

"While it is an important step on prison reform in the federal system, it is extremely limited," he said, adding that the order doesn't reduce mass incarceration that has been attributed to private prisons. Biden has promised to downsize prison populations.

Advocates also say that Biden should have extended his executive order to privately operated civil immigration detention centers rather than limiting it to criminal detention facilities under the purview of the Federal Bureau of Prisons.

Professor Andrew Sidman, chair of the political science department at John Jay College of Criminal Justice, said it is common for modern presidents to overpromise during their presidential campaigns and underdeliver in their first 100 days in office and beyond. But Sidman said he believes that Biden will eventually get to criminal justice reform during his time in office.

No recent president, including Trump, Obama, Bill Clinton and George W. Bush, has accomplished as much as former President Franklin D. Roosevelt, who set the 100-day presidential mark by getting more than 70 laws passed during his first 100 days in office, Sidman said.

"Biden's first 100 days have not been inconsequential, outside of criminal justice reform where he hasn't done much," Sidman added, noting that the beginning of Biden's term is comparable to Obama's early days in office.

Biden also urged Congress to pass the George Floyd Justice in Policing Act, which would aim to hold law enforcement more accountable for wrongdoing on the job, and to reauthorize the Violence Against Women Act, which provides more support to domestic violence and sexual assault survivors.

"We have a giant opportunity to bend to the arc of the moral universe toward justice," Biden said to Congress.

But Biden could have easily granted clemency to hundreds of incarcerated individuals serving lengthy sentences for minor drug offenses, commuted the sentences of federal inmates on death row and issued a moratorium on federal executions — all actions that he promised to take during his presidency — within his first 100 days without Congress, experts say.

Insha Rahman, vice president of advocacy and partnerships at the Vera Institute of Justice, a nonprofit research and policy organization, said that Biden immediately addressing the pandemic was important for criminal justice reform.

"This administration needed to move quickly and affirmatively on managing COVID-19 because there would be no criminal justice reform or any other kinds of priorities unless we get COVID under control," Rahman said. Advocates told Law360 in December that they did want Biden to prioritize managing virus outbreaks in prison and jails within his first 100 days.

Ann Jacobs, executive director of the John Jay College Institute for Justice and Opportunity, added that prioritizing public health and the economy are crucial for crime prevention because research shows that people are more likely to commit crimes when they are desperate or unemployed.

"It is too early to say what they will actually be able to do from those perches, but it is a much more substantial foundation to be building on than people who are sloganeers" of tough-on-crime rhetoric, she said.

Biden-appointed U.S. Attorney General Merrick Garland has already announced two "pattern-or-practice" investigations by the DOJ into the Louisville and Minneapolis police departments in response to the killings of Breonna Taylor and George Floyd that could lead to policing reform.

But some experts say these investigations are too isolated and will not lead to meaningful changes in policing practices nationwide.

Clark Neily, senior vice president for criminal justice at the Cato Institute, a libertarian think tank, said the DOJ investigations are "a drop in the bucket," noting that police misconduct is a systemic problem that won't be solved by only focusing on specific police departments.

"It would be fantasifull to suppose that it is a problem that pops up in a particular department and then the Department of Justice goes in and gets the consent decree and provides oversight and things are fixed," Neily said.

Rahman said the next six months will be a better indicator of how the Biden administration is doing on criminal justice reform. The administration has lots of upcoming opportunities to reaffirm its commitment to criminal justice reform, including by not sending individuals released on home confinement during the pandemic back to prison and allocating money from the American Rescue Plan to reform efforts, she said.

Congress allocated $1.5 billion in the American Rescue Plan to the U.S. Department of Health and Human Services for community-based mental health services that could be used as alternatives to incarceration and would be a substantial investment in criminal justice reform, Rahman said.

"The devil is in the details, and truly, it's an opportunity for the administration to put money where their mouth is on criminal justice reform," Rahman said.