After a paramilitary group in a northeastern region of Colombia shot dead a local community leader in 2001, the people who attended his funeral, over a thousand, thought his killers would never be held accountable.

The execution-style killing of Eduardo Estrada, who was beloved in his community, was hardly a novelty: The paramilitary division that gunned him down, the Bloque Central Bolívar, a self-described "killing machine," had a reputation for murdering, disappearing and torturing thousands of civilians.

After over two decades, Carlos Mario Jiménez Naranjo, the military leader accused of ordering Estrada's murder, has been made accountable in a United States court. A federal judge in Florida ruled last month that Naranjo is liable for Estrada's brutal death.

The landmark ruling — it was the first time a United States court acknowledged the support of the Colombian government for paramilitary groups that carried out human rights violations — opened the door for family members of Estrada to receive damages over his killing.

None of this brings Eduardo Estrada back to life. ... But we are very thankful for the opportunity to get a measure of justice. 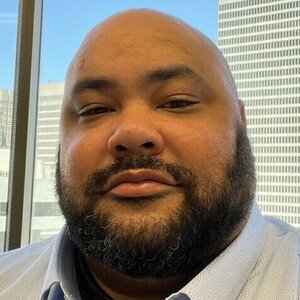 In an order describing Estrada's killing as "coldblooded and calculated," U.S. Magistrate Judge Edwin G. Torres in the Southern District of Florida said Naranjo is liable for a total of $12 million in damages. Estrada's common-law wife and his brother, who collectively filed the suit, are each entitled to $2 million in compensatory damages and $4 million in punitive damages, the order says.

"The evidence shows that defendant and the BCB specifically targeted Mr. Estrada, hired a hitman to kill him, and did so under their own authority without any judicial authorization," Judge Torres said in the order.

Wilson Sonsini Goodrich & Rosati PC, which got involved in the case at its inception in 2010, played a critical role in the yearslong litigation.

Working alongside the Center for Justice & Accountability, an international human rights nonprofit, Wilson Sonsini attorneys pored over thousands of pages of evidence and took several trips to Colombia to depose witnesses, some of them former members of the paramilitary group.

"None of this brings Eduardo Estrada back to life. And that is a sad thing. But we are very thankful for the opportunity to get a measure of justice," Luke A. Liss, a senior counsel at Wilson Sonsini, told Law360.

Claret Vargas, a senior staff attorney at CJA, said the involvement of Wilson Sonsini in the case was essential to the success of the plaintiffs in the case.

"It has been and is a really wonderful partnership," Vargas said. "That's exactly what really successful and effective pro bono work can do."

At the time he was killed, Estrada was a popular and respected community member who ran a radio station and was considering a run for a local office. He opposed the presence of illegal armed groups controlling the region, including Bloque Central Bolívar. The latter took his defiance with suspicion and eventually labeled him a threat.

"Once you are marked that way, it's pretty much decided that they will kill you," Liss said.

In July 2001, a man shot Estrada in front of his common-law wife, Sara González Calderon, while they were walking home from a celebration. The sound of the bullet was so loud that Calderon fell to the ground and lost consciousness.

Once she regained her senses, she saw a member of the paramilitary group standing above her before casually walking away. Officers from a police station nearby never bothered to come see what occurred. Neither Naranjo nor the hit man faced any accountability.

"They were largely enabled by the local security forces," Vargas said.

The way Estrada was killed — shot in the back of the head in the middle of an urban area — followed the paramilitary group's modus operandi and was intended to send a message: opposition would not be tolerated.

Naranjo was extradited to the United States on drug trafficking charges in 2008, in the wake of Colombia's efforts to dismantle notorious paramilitary groups that took part in atrocities in the country. But Naranjo, who was released from U.S. custody in 2019 and extradited to Colombia, never faced justice over the killings by the group he led.

In 2010, Wilson Sonsini and CJA filed a complaint in federal court in Miami on behalf of Calderon and Estrada's brother seeking damages from Naranjo under the Torture Victim Protection Act.

Enacted in 1992, the law allows a course of action against people who engaged in torture or extrajudicial killings on behalf of foreign governments, so long as they are under U.S. jurisdiction. Victims of torture or family members of people who were tortured and killed abroad can file civil claims under the law and seek monetary damages from the perpetrators.

Like other paramilitary groups in Colombia, Bloque Central Bolívar was created to combat left-wing guerrillas but quickly devolved into a criminal organization that sought to take over the drug trade in the region. In the process, they engaged in torture and killings while the country's military looked the other way. The Colombian government eventually declared paramilitary groups illegal, and the United States labeled them terrorist organizations.

"They could not operate without the acquiescence of the government. They had a symbiotic relationship with it, largely because the military saw them as their best tool against the guerrilla," Vargas said.

At the time the complaint was filed, attorney Lee-Anne Mulholland, now an in-house litigation lawyer at Google, was at the helm of the Wilson Sonsini team. Several of the firm's attorneys worked on the case over the years.

Liss came into the case in 2016 after it survived several motions to dismiss, around the time activity in the case picked up. He led the team, which included partner Leo Cunningham, associate Dylan G. Savage and senior paralegal Stacy Love, into a robust discovery phase that took some of them to Colombia on three separate fact-finding missions.

It has been and is a really wonderful partnership. ... That's exactly what really successful and effective pro bono work can do. 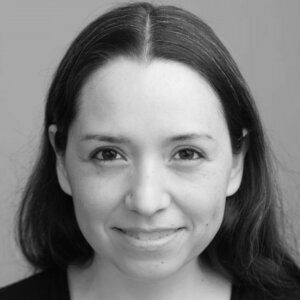 Daniel McLaughlin, another senior staff attorney at CJA, was also heavily involved in the evidence-gathering process in multiple Colombian cities. A key witness he deposed, the Rev. Francisco de Roux, was a prominent Jesuit priest whom Naranjo had once intended to kill.

Kerrigan, a prominent Florida trial attorney, did not immediately respond to a request for comment about his role in the litigation.

Between 2017 and 2018, Liss and Savage interviewed several witnesses, including witnesses to the killing itself, and people who had been intimidated by Estrada's killers.

Members of the paramilitary group close to Naranjo, however, were elusive until the court successfully asked the Colombian government to compel them to show up for depositions.

In 2019, Liss and his colleagues deposed Rodrigo Perez Alzate, a high-level paramilitary warlord, and Oscar Montealegre, an enforcer in the group. Vargas' negotiation skills and tact with cross-cultural competence were crucial in ensuring the key witnesses would show up for their depositions, Liss said.

"It was really interesting for us at Wilson Sonsini and CJA to be deposing people face to face — in Medellín with zero security — who have collectively admitted to over 1,300 murders," Liss said. "That was quite an experience that is a little bit different from the normal depositions that we do. But we enjoyed it a lot."

Their depositions gave the case momentum. Under the pressure of more discovery requests, Naranjo stopped defending the case and his attorneys withdrew from it.

"We were never going to stop in this case until we got justice for Eduardo Estrada. I think they finally understood that, and that's when they quit," Liss said of Naranjo's attorneys.

Maria A. Dominguez-Victoriano, Javier F. Micheo-Marcial and Juan C. Ramos-Rosado, three partners at DMRA Law LLC who represented Naranjo, did not respond to requests for comment on the case.

Unable to move forward with their plan to depose Naranjo while he was in prison in Colombia, Liss and his colleagues filed a motion for summary judgment, which included depositions, statements made by former paramilitary officers pointing to Naranjo's culpability in Estrada's death, and the discovery he had failed to comply with.

The motion was served on Naranjo several times, but he never responded to it. Noting his defiance, Judge Torres entered the summary judgment against him, opening the door for Estrada's family members to receive damages.