Class Suit Involving NYPD Use Of Sealed Info Heats Up

A class action filed in 2018 in New York state court by a group of former defendants against the City of New York and the NYPD over their use and sharing of information from sealed arrest records now has the potential to settle the matter.

The order also directs the department to make publicly available training documents that reveal how officers were directed to access the sealed arrest records in defiance of a previous court decision. The court will monitor how the NYPD changes its databases to ensure sealed records are accessed only with a court order.

Once a sealed document is seen it cannot be unseen.

"The best way to ensure this conduct is not repeated is for this court to issue an order enjoining such future conduct," Justice Frank said in the order, adding that "once a sealed document is seen it cannot be unseen."

It's not clear whether the NYPD plans to appeal the judge's decision.

"We are reviewing the judge's decision and exploring our legal options," a police spokesperson told Law360.

The case will now continue its course in court, where it will focus on the NYPD's other uses of the sealed information that were not addressed by the order, including its practice of routinely sharing it with news media outlets and prosecutors.

Justice reform advocates have hailed the order as a definitive victory in a series of legal battles that have been going on since at least 1976, when New York legislators passed laws that curtailed the use of sealed arrest information, recognizing at the time that the practice was used overwhelmingly against people of color.

Attorneys with The Bronx Defenders, who partnered with Cleary Gottlieb Steen & Hamilton LLP in representing the plaintiffs, said they will now seek additional records, including more than five years' worth of emails sent or received by the Office of the Deputy Commissioner, Public Information, the NYPD's division in charge of working with media organizations, mentioning the word "seal" and other derivatives. The attorneys' intent is to identify officers who leaked arrest information to the press.

"The scope of what they have been doing illegally, and what they're going to be required to change, is really, really massive," Niji Jain, an attorney in the impact litigation practice at The Bronx Defenders, told Law360.

The lead plaintiff in the case, a Latino man identified only as R.C., was arrested for a 2015 robbery in the Bronx after NYPD detectives showed his photo from a 2011 sealed arrest to a victim.

R.C. claimed in the suit that by the time prosecutors dropped charges against him the following year because he had an alibi, his life had been largely disrupted. The approximately 10 court appearances he was required to make while living 75 minutes by car from the Bronx courthouse caused him to lose his job at a restaurant, his complaint says. He also claimed the emotional distress he suffered from the proceedings made him abandon his plans to attend college.

In a statement following the judge's order, R.C. said, "Justice is served."

"I'm so happy the judge will stop the NYPD from going against people's rights and that I don't have to be afraid of a dismissed arrest following me anymore," he said.

The New York Supreme Court had already ruled in recent years that the NYPD's use of sealed arrest records in investigations violated the two statutes regulating how they can be accessed, CPL 160.50 and 160.55.

The scope of ... what they're going to be required to change is really, really massive. 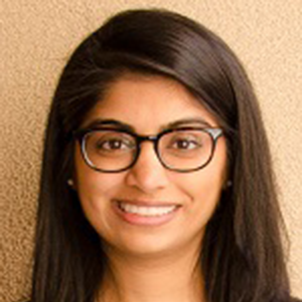 Ruling on the same case in April 2019, Justice Alexander M. Tisch said the police could only access sealed arrest records with a court order. Regardless, evidence uncovered by Bronx Defenders attorneys show the NYPD has continued to access such information without court orders and has trained its officers to do so.

During the litigation, the NYPD admitted that about 800 people within its ranks have access to approximately 6 million sealed records linked to about 3 million people.

Ordinary police officers on street patrol or detectives don't normally have access to sealed records but can obtain them from their supervisors, usually sergeants or higher-ranking officials.

The NYPD trains its officers on how to access the records in limited circumstances, such as when they can provide a strategic advantage in investigations.

"They have that information spread around in over 14 different databases that are, basically, an interconnected web of surveillance, and investigatory targeting that they use for all kinds of purposes," Jain said. "They love to use this information. And, frankly, they love to violate the law in this way."

"Sealing of criminal records does not always equate to a determination of innocence, and there are a number of legitimate reasons for cops to know the records exist," Shea said, arguing a final victory by plaintiffs "would be a serious setback for public safety."

Accessing sealed arrest information can make a difference in an investigation: It can keep officers safer in investigations involving past gun offenders, help them identify child molesters and domestic abusers before they reoffend, and even serve as records in internal investigations on officers accused of misconduct, Shea said.

The NYPD declined to comment on the case to Law360 and pointed to Shea's editorial.

Emma Goodman, a staff attorney at The Legal Aid Society of NYC, called the editorial "outrageous" because it conceded that the NYPD continues to violate the law.

A lot of times these guys get their act together, and they don't commit crimes anymore. 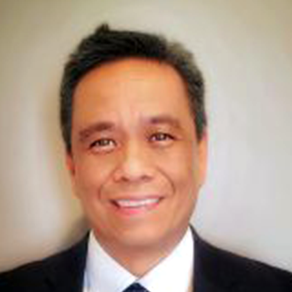 Goodman, who has been heavily involved in drafting legislation to seal past convictions, including an ambitious bill that would automatically expunge them in New York, said the NYPD's use of sealed arrest information is particularly egregious because it involves defendants who were only charged with crimes — not convicted.

"It stands to reason that there would be stronger protections for people who have had no findings of guilt against them," Goodman told Law360 in an email.

Michael Alcazar, a retired NYPD detective who is now an adjunct professor at John Jay College of Criminal Justice at the City University of New York, told Law360 he agrees with Shea's defense of the practice.

Alcazar, who was with the force for more than 30 years investigating organized crime, serving as a hostage negotiator and training detectives, said screening sealed records for gun possession charges can give police officers an edge in investigating people who might be armed, such in cases involving drug dens. Arrest history can also be a source of investigative leads.

Still, Alcazar sees merits in the class action and sympathizes with people whose arrest records are used against them.

"I do believe in a fresh start. For criminals, I do believe that they should get their records sealed and no longer be available for police officers to access," Alcazar said. He added that Shea seems to make the assumption that people whose records are retrieved in investigations are going to offend again.

"A lot of times these guys get their act together, and they don't commit crimes anymore," Alcazar said. "I can understand that people want to be left alone."