The decennial redrawing of congressional and legislative boundaries has all the signs of engendering a decade full of court battles that could help determine which party controls the House of Representatives and various statehouses, as well as how fairly represented certain communities may be in their respective states.

Republicans are mostly playing defense, as they control the process in most states where legislatures are responsible for map drawing. Democrats are defending in states including Nevada and Oregon, where litigants argue that state leaders instituted illegal partisan gerrymanders of their own in their new legislative and congressional boundaries.

The various challenges presage what will likely be the most litigated redistricting cycle in U.S. history, said Doug Spencer, a University of Colorado law professor who maintains the online database All About Redistricting, which has tracked lawsuits in more than a dozen states so far.

Redistricting is a once-a-decade process where political boundaries are redrawn to account for changes in the U.S. population. While some states use commissions, many give the final say on new maps to legislatures, which, as in the previous cycle, have moved to entrench the political party in power.

The latest redistricting round has taken place as advocacy groups and the public place more scrutiny on issues around voting, and it follows a decade of U.S. Supreme Court jurisprudence that will impact the way gerrymandering cases are fought, attorneys and redistricting experts told Law360.

The high court's decision in Shelby

in 2013 to overturn Section 5 of the 1965 Civil Rights Act means certain jurisdictions with a history of racial discrimination no longer have to gain clearance from the U.S. Department of Justice for new political boundaries, which some attorneys predict will lead to more litigation over racial gerrymandering.

, the court also ruled that federal courts should not weigh in on battles over partisan gerrymandering, a move that will shift the focus for litigants to state courts, most of which have never issued rulings on the matter.

"Now I think there's an incentive to file a lawsuit in all 50 states, because one, you never know, the standard is brand new," Spencer said. "If you're riding on a blank slate, every argument is available to be made, nothing has been taken off the table."

Thirty states have a clause in their constitution that elections must be "free," according to the National Conference of State Legislatures. But past litigants have argued that the equal protection clause of the U.S. Constitution outlawed gerrymandering that unfairly favored one party over the other.

It was not until the last decade that groups in Pennsylvania and North Carolina successfully brought claims that legislative or congressional maps were partisan gerrymanders that violated their state constitutions.

The focus at that time was bringing partisan gerrymandering claims in federal court. Now in light of the SCOTUS decision, everyone is switching to state courts. 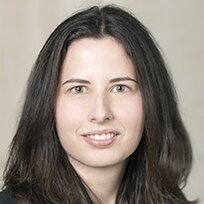 "The focus at that time was bringing partisan gerrymandering claims in federal court, and we were the ones to sort of shift the focus," said Elisabeth Theodore, an Arnold & Porter partner who helped represent the plaintiffs in both states. "Now in light of the SCOTUS decision, everyone is switching to state courts."

How successful those challenges are "will vary state by state," said Michael Li, an elections expert at New York University's Brennan Center for Justice. "Some state constitutions have courts much friendlier to these sorts of claims."

In North Carolina, a group of residents made the state constitution-based argument in a complaint filed a day after the legislature's completion of its new congressional map on Nov. 4. The new boundaries give Republicans 10 safe seats, Democrats three safe seats, and just one competitive district, in a state where President Joe Biden lost the popular vote by 1.3 percentage points, according to the complaint.

The suit is one of many targeting a GOP-controlled legislature that, prior to crafting the new lines, reportedly approved criteria to ignore partisan and racial data. State Rep. Destin Hall, who chaired North Carolina's redistricting committee, has emphasized this in public statements and accused the Democrats of using a strategy to "sue till Blue" following a challenge to the legislature's refusal to consider racial data.

Hall has also said the approach was endorsed by Democrats in 2019 after the legislature was ordered to draw new maps.

A similar approach was taken in Texas, where Republican state Sen. Joan Huffman said in September that its legislature drew congressional and state boundaries on a "race-blind" basis.

The National Republican Redistricting Trust, a group that coordinates the GOP's redistricting strategies, has said this tactic could work in certain states to avoid claims of boundaries that harm minority voters.

"If you turn off the race data and only look at the political data, then you haven't drawn on the basis of race," the group's general counsel, Jason Torchinsky of HVJT Consulting LLC, told The Wall Street Journal, noting that the notion demographics would determine how people would vote includes assumptions that won't hold up in the long term. Torchinsky did not respond to Law360's request for comment for this story.

The methods preview a defense that some states could use in response to racial gerrymandering claims under the Voting Rights Act, some attorneys said, given that the Supreme Court has already shut the door on the federal judiciary hearing partisan claims.

Arguments noting what candidates a racial minority group has typically favored could face obstacles because of that precedent, some said.

"Particularly in states where there is significant overlap between partisan affiliation and racial identity, I think the federal courts are going to really struggle to differentiate between what's a partisan gerrymander and a racial gerrymander," said Adam Podowitz-Thomas, senior legal strategist at the Princeton Gerrymandering Project, a nonpartisan group that analyzes and grades gerrymandering in district maps.

Racial gerrymandering claims often follow moves that pack people of color into districts or spread them across multiple districts, allegedly to dilute their voting power. Groups such as the American Civil Liberties Union and Voto Latino made these arguments in recently filed lawsuits in Alabama and Texas.

Some Texas lawsuits take aim at the state's population growth from the previous decade, which handed it two additional congressional seats. Ninety-five percent of that growth came from communities of color, but the new boundaries leave racial minorities even fewer districts with a reasonable opportunity to elect their preferred candidates, one complaint says.

The Texas attorney general's office moved to dismiss Voto Latino's case, claiming the group and individual plaintiffs lack standing and a private cause of action. One of its central claims is that the suit doesn't identify voters injured by the new district boundaries.

Some voting rights advocates link aggressive gerrymanders to the Supreme Court's elimination in Shelby of the DOJ clearance for states that had a history of racial discrimination. During previous redistricting cycles, those states had to conduct their own analyses to show that their planned maps wouldn't leave minority voters worse off, said Sophia Lakin, the deputy director of the ACLU's voting rights project.

"It really changes the sort of nature of the litigation and puts a lot more burden on the litigants that are challenging the maps," Lakin said. "You're going to see potentially more aggressive maps that harm black and brown voters that we wouldn't have seen otherwise, which in and of itself creates more litigation."

[The concern is this] kind of litigation takes a long time … [and] you have maps that are ultimately found to be discriminatory in place for multiple election cycles. 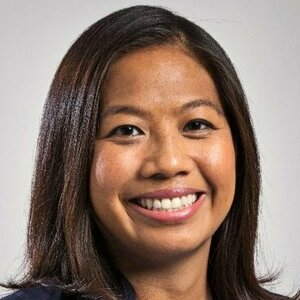 The concern is "this kind of litigation takes a long time … [and] you have maps that are ultimately found to be discriminatory in place for multiple election cycles," she said.

Every decade this century, redistricting has drawn lawsuits. In the five years after the 2010 Census, the nonprofit group Ballotpedia tracked lawsuits pertaining to redistricting in 37 states.

The delay in the release of the U.S. census has also helped spur litigation; some groups have filed suits asking state courts to redraw maps in the event of impasses that prevent new ones from being drawn in time.

A big question right now is how fast courts will move on these cases, considering candidate filing deadlines for the 2022 primary elections are around the corner in a number of states.

Some early signs are that state courts are moving quickly; courts in Oregon, North Carolina and Wisconsin made significant judgments on partisan gerrymandering in recent weeks.

A North Carolina state court denied a motion to preliminarily block the administration of its 2022 primary elections with new maps, finding there is "reasonable doubt" to the claim that the congressional and legislative districts are unconstitutional.

In Oregon, a special judicial panel dismissed a petition challenging a map that plaintiffs said unfairly projects to give Democrats five of the state's six congressional seats, finding that petitioners did not demonstrate the legislature "made choices that no reasonable legislative assembly would have made."

It's up in the air as to how other courts will analyze questions of political fairness, said Spencer of All About Redistricting, reinforcing the notion that litigation may spread across the U.S.

"There is no way to predict what kind of standard they will apply, what kind of evidence they will find persuasive, or what kind of holding they will issue," Spencer said. "It's all up in the air. That said, I expect that some states will look to other states for guidance, so these early rulings are potential signals to other cases in the pipeline."