By Shawn Rice · Listen to article

Law360 (March 23, 2022, 6:43 PM EDT) -- State insurance commissioners are warning U.S. insurance companies of cyberattacks and encouraging divestment from Russian assets, and with the war in Ukraine continuing to escalate, insurance experts say that insurers are thinking about the indirect exposures that can hit them. 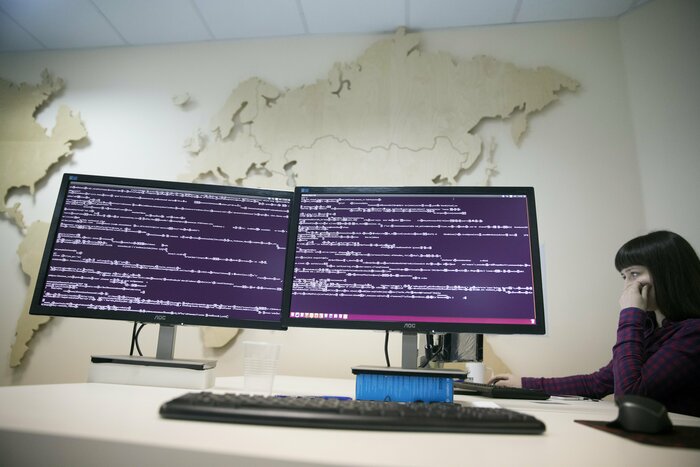 Indirect exposure through the Russia War will affect all trade-related insurance like credit — trade disruption, political and marine — and that policyholders on the supply chain will be notifying their insurance carriers of a variety of disruptions, experts told Law360. (AP Photo/Pavel Golovkin)


State regulators have been telling insurance companies and banks about heightened concerns over an attack undermining the U.S. economy. Now, a month into the Russian invasion of Ukraine, insurance carriers are weighing the various secondary risks from the conflict extending even longer.

Jerry Paulson, senior vice president at U.S.-based insurance brokerage HUB International Ltd., sees indirect exposure affecting all trade-related insurance — citing examples like credit, trade disruption, political and marine — and that policyholders on the supply chain will be notifying their insurance carriers of a variety of disruptions.

"Insurance will be footing a much bigger bill than we currently imagine," Paulson said.

Difficult to 'Pin the Donkey' on Loss Potential

AM Best reported there would be a limit on the direct exposure to U.S. insurers as investments to Russia and Ukraine appear to be less than $2 billion in bonds. However, the New Jersey credit rating agency predicted that indirect exposures to U.S. insurance carriers from the war could be significant.

Scott Seaman, co-chair of the global insurance services practice group at Hinshaw & Culbertson LLP, remained skeptical about media reports suggesting a relatively low dollar risk to insurers with ties to Russia and Ukraine. For example, he pointed to estimates that insurers and reinsurers could deal with as much as $5 billion to $10 billion claims under aviation insurance policies because of the grounding of more than 500 planes in Russia alone.

"It is difficult to 'pin the donkey' on the overall loss potential, particularly as the war rages on and events are transpiring, but it will be very large," Seaman said. "When you consider cyber events; criminal activity; property damage, injury and death claims; supply interruptions; and supply chain issues, the numbers will turn out to be attention-getting although not likely balance sheet-busting."

Indirect exposures include suppliers and customers of U.S. and European companies as well as energy and commodity markets, according to AM Best. Overall, the credit rating agency said the outlook remains good for insurance companies, which saw positive gains over the last two years despite the COVID-19 pandemic.

The National Association of Insurance Commissioners backed that assessment, saying the exposure for U.S. insurers in the Russian insurance market is small, with limited investments. A spokesperson told Law360 there has been "extensive coordination" between U.S. federal and state agencies and financial regulators to highlight adequate measures for insurance companies to follow.

Time will tell on the true effects of Russia's invasion, added AM Best Senior Director Michael Lagomarsino, telling Law360 there could be a greater impact to insurance lines from indirect effects.

Lagomarsino said insurers have voiced concerns on the war's impact on rates and inflation, especially since inflation was already "ticking up." There could be costly claims on auto, homeowners and commercial property lines, with increased pressure in an already "high inflationary environment," he said.

What Are These Indirect Exposures?

With a lot more trade flowing through Russia from China to cross-transcontinental, Paulson of HUB International said claims could be expected when a trade route is altered as a result of embargoes, sanctions, the war or other indirect disruptions. There is "a wait-and-see approach" on the length of the conflict, he said.

Insurance experts believe political risk insurance is one particular area that could see an impact. Political risk insurance policies may become a point of contention as policyholders look to have losses covered when assets in Ukraine or Russia are damaged or destroyed because of military action, among other reasons. Likewise, insurance experts warn of shareholder and securities litigation against companies.

Less predictability with claim trends is also a concern for insurers if the Russia war extends for a longer period of time and causes higher economic inflation, said Christopher Grimes, a director at Fitch Ratings. Unpredictability can put stress on an insurer's profits and reserves, he said.

Insurers could be bracing for higher interest rates and increased investment portfolio volatility, according to Grimes, as the sanctions on Russia may well influence the conditions for investing. But Grimes believes the U.S. insurance industry "is well-positioned" to handle the risks tied to the war.

Some insurance experts are seeing comparisons with another world event and the global impact.

The current situation is not so different from what the insurance industry saw with the Sept. 11, 2001, attacks, said Cynthia Borrelli, head of the insurance law practice group at Bressler Amery & Ross PC. She told Law360 that the focus is on the potential volume of claims that could be triggered under U.S. insurance policies and the impact on the U.S. and international reinsurance markets.

"If the reinsurance markets are hit by a high volume of claims, will reinsurers be able to answer claims from their ceding companies who themselves may have an enhanced volume of claims?" she said. "There was a real impact [from Sept. 11] on the reinsurers and their ability to pay claims as well as financial viability."

Reinsurance is definitely a concern, agreed Paulson, as exposure to international reinsurers could affect renewals of reinsurance contracts that are coming up in the summer. In the negotiations, there will be uncertainty on rate increases and, if rates do go up, insurers will pass on the costs to policyholders.

"It's too soon to know the economic impact and the insurance impact," Paulson said. "It's scary. It will be a lot broader reaching than anyone first imagined.

The insurance industry — like other industries — is primarily concerned about cyberattacks in retaliation to sanctions on Russia. A day after Russia invaded Ukraine, the New York State Department of Financial Services warned insurers, banks and other financial firms about the threat of cyberattacks and urged compliance with the sanctions.

Sanctions aren't new to Russia, which has dealt with them for a long time, so compliance "is an important and continuing function," Hinshaw's Seaman said. "No one has perfect cyber thief-proof security."

Borrelli told Law360 an attack on insurers could affect their ability to access reserves to pay claims under policies of insurance or reinsurance. "On the top of every state insurance regulator's mind is insurance insolvency concerns," he said. "Their goal is to protect the consumer. The best way to protect consumers is to ensure the solvency of the carrier issuing policies that insure consumers."

Two leading insurance brokers already decided to end or suspend business in Russia following the escalating violence. On March 10, Marsh Inc. said it would exit Russia, condemning the "unprovoked attack." That same day, Aon PLC agreed to halt its operations in Russia and put its employees in Russia on paid leave.

Insurance experts recognize not only the horrific reminders of the human toll and property destruction from the Russia war but also how connected the world's economy and society are to major disruptions.

Worldwide food and commodity disruption are indirect effects that will be on the minds of insurance companies, said Andrew Otis of Locke Lord LLP. But in some cases, insurers might be wary of reputational harm to them caused by any association with Russia, he said.

"Insurers with investments in Russia, insuring Russian companies, or insuring activities in Russia should probably also be concerned about the reputational risk of being associated with or seen to be supporting a pariah regime and their heinous acts," said Otis, a partner in the firm's New York office.

Representatives for the state insurance departments didn't respond to requests for further comment.