Attorneys at New Jersey-based Lowenstein Sandler LLP racked up more than 23,000 hours of pro bono legal services in 2021, according to an annual report released by the firm. 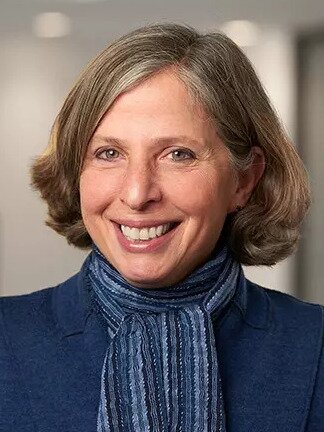 Directed by its Lowenstein Center for the Public Interest, the team of approximately 350 attorneys worked with around 620 pro bono clients, with each lawyer dedicating about 64 hours to pro bono matters in 2021, according to Lowenstein's report released on April 28.

Of the work done, the team focused heavily on juvenile justice, immigration, microbusinesses and housing.

Here, Law360 talks with Catherine Weiss, partner and chair of the center, about milestones made in the past year and what's ahead for the group. This interview has been edited for length and clarity.

Can you tell me about the Lowenstein Center for the Public Interest?

Sure. In 2008-'09, in that area, the firm decided to hire its first full-time pro bono counsel to manage the pro bono practice, and that was part of a broader national movement among large firms to professionalize the pro bono practice and bring strategic thinking to pro bono engagements. So before there were professional public interest lawyers in these roles, it tended to be that firms would do pro bono work — big firms have always done pro bono work — but it tended to be in response to asks. Somebody would pick up the phone and call a lawyer they knew and say, can you help with this project. And that was great, but thinking about what areas should we specialize in, who are the best nonprofit partners to work with in those areas, how do we maximize the resources of the firm to enact social justice, those kinds of questions, the firm decided, were really important to consider in how the firm managed the practice. And the practice here is now — it's more than 23,000 hours a year, almost 24,000 hours — and that's a lot of hours. You want somebody managing that and making sure all the trains are running on time. And so that was what motivated the creation of the center.

What were some big takeaways from the past year for you?

I think that we made some significant advances last year that I'm not sure I would have anticipated at the beginning of our efforts in these areas. So for example, we've been working on juvenile justice issues for a long time at the firm. We created the first survey of which juvenile systems allow or do not allow solitary confinement in an effort to eliminate the use of solitary confinement for children. ... I wouldn't have predicted five years ago I think, six years ago when we started working in earnest on this, that would have achieved what we have recently achieved.

For example, in New Jersey, years ago, they abolished the use of solitary confinement for juveniles in detention, and last year, they finally lifted all fees and fines associated with juvenile adjudications, which are the legal word for juveniles who have committed offenses. They're not crimes when juveniles commit them, so they're called juvenile adjudications. ... But in any case, the fees and fines that were attached to those offensives were hobbling the lowest income families and taking kids under juvenile justice supervision for much longer than they would otherwise have been because there were ... outstanding debts. And the Legislature in New Jersey finally abolished all of those and in effect canceled all outstanding debts resulting from them so that the lowest-income children are able to focus, when they are released, on their education and employment and rebuilding family relationships and social networks rather than on trying to take three jobs to pay back debt into the juvenile justice system. So that was a major, major victory.

We also had really important victories in housing, and interestingly, I think they were driven by the pandemic. You know, it's one of those situations where — never let a crisis go to waste. And I think in this situation the threat of ... mass evictions, of the evictions of thousands and thousands of our neighbors, caused both the courts and the Legislature to take very important actions that were driven in part by a coalition of tenant advocates that started meeting in March 2020 and has met quite literally every week for the last, what is it now, 108 weeks. ... to talk about how we were going to prevent mass evictions. And the threat of mass evictions arose because, if you throw your mind back to 2020, we went in New Jersey, for instance, from March 2020 a 3.3% unemployment rate, [to] a month later, it was 15.5%, which is a massive number of people to lose their jobs. And they were primarily low-income wage earners, and that meant they couldn't pay their rent. And when they couldn't pay their rent, they started to accumulate rental debt, and all of that rental debt threatened them with eviction.

So you had tens of thousands of people at risk of eviction, and that meant two things: One is that the courts started to look at the process by which we evict people in New Jersey, and they made important reforms to give people more time to respond to threatened eviction and more access to court personnel so that we were not resolving these cases by overwhelmingly underrepresented tenants negotiating with the landlords bar, which is how they had been previously been handled. There's more introspection now of neutral court staff in that process. So that was one set of events, and then the Legislature, in response to really sustained advocacy, passed a law that essentially says that tenants in New Jersey cannot be evicted based on rental debt that accrued during the COVID period. The landlords can sue them for money, but cannot evict them based on that debt. And that law, which was enacted in August 2021, is preventing thousands of evictions every week.

So we really saw big advances in the rights of the clients we serve in the pro bono practice.

How significantly has the pandemic affected the work done by the center the past two years?

I think a lot. So there were two really significant areas in which we were already working where the pandemic had enormous impact on our dockets. One was housing, where we had been representing low-income tenants in eviction defense cases for many years, and we sort of pivoted to doing this larger advocacy work to try to prevent mass evictions in the wake of the pandemic. The other was our corporate lawyers, our transactional lawyers, have for years represented both microbusinesses that are trying to create anchor businesses in low-income communities and nonprofits in all kinds of transactional matters — bylaw reviews and contract creation and internet policies and all things that lawyers do for businesses. And when the pandemic hit and small businesses were all threatened with closure and there was then federal stimulus money available, our corporate teams pivoted to assisting microbusinesses and nonprofits in getting federal stimulus funds so they could keep paying their employees and stay open during the pandemic, and we ended up assisting hundreds of them with their applications for federal stimulus funding so they could stay open. So those are just two areas in which the pandemic has had an enormous impact on what we do every day.

How did 2021 compare to previous years in terms of hours?

The hours were pretty steady year over year. 2020 was actually a very big year, mostly because the pandemic hit and we did a whole bunch of business work ... and because of the election in 2020, where we've long been part of election protection and we ran one of the call centers that provided assistance to voters trying to exercise their right to vote in several states. ... That is an enormous undertaking. It means we staffed for days a hotline that voters can call and seek assistance with exercising their right to vote wherever they are. And the election protection coalition assigns firms to cover various states. That's sort of how election protection works. So we organized volunteers to cover the hotline for days, and it ended up actually being ... for weeks before the election because there was early voting because of the pandemic and they didn't want massive lines at the polling places. So 2020 was a very big year, but 2021 is close.

What's the center focused on this year?

Well, we're still focused on all of our historic areas of concern, so we're doing, as we have always, a lot of work on immigration. ... We have long represented several of the families who were separated during the Trump administration ... in seeking immigration relief. And we're also representing them now in seeking to file federal tort cases for compensation for the harms that were caused to them when they were separated. We just settled in 2022 a class action we filed in 2019 on behalf of the young immigrants who are being unlawfully excluded from a form of immigration relief called special immigration juvenile status, and we achieved a very favorable settlement in that case that just settled finally on April 20. ... So we're working on immigration, we're working on juvenile justice, we're working on housing. I anticipate in the coming period, months, years, that we will be investing additional time in voting rights, which are heavily under attack in the nation, and reproductive rights, which are also heavily under attack.

Firms like this one make really important contributions through their pro bono efforts, and it's been an amazing thing to work strategically with all of our nonprofit partners on large solutions to some of the problems that we see arising. And I would say that the important backstory is that, when the firms work well, they work really in tandem with the nonprofit legal sector, with the legal services sector and the public interest legal sector, as well as with our client bases, you know, tenants and organizers and people who have been incarcerated and so forth, to identify and address recurring problems. And building those bridges — I think there's often a feeling out there that the firms will do it for free, so they'll solve the problems. And I want to say that the gap in access to justice, the fact that thousands of people do not have access to lawyers when they face life-altering legal problems, that is never going to be solved by firms alone. Those kinds of issues are solved only by significant investment in the nonprofit sector, which partners with us in addressing those problems. We don't do it alone.