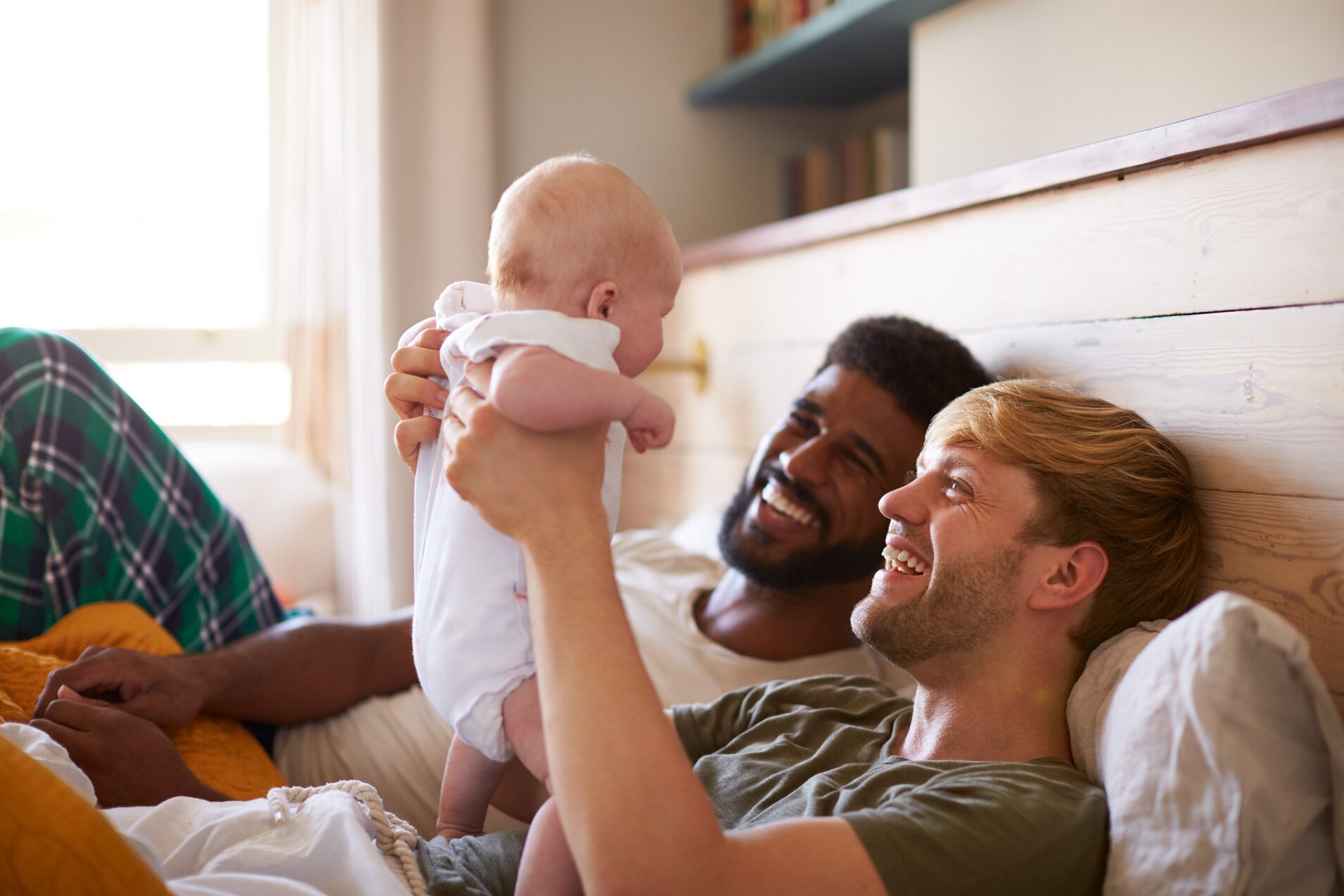 
A lesbian couple raising a son break up, and the partner who is the child's biological mother cuts her former partner off from contact with him.

A landlord tries to evict a man living with his polyamorous partner after that partner, who holds the apartment's lease, dies.

A woman in hospice wants both of her romantic partners at her side, but COVID-19 protocols allow her only one.

Issues like these are common for those in families that don't revolve around a heterosexual married couple, attorneys say. That's because while more diverse family and parenting arrangements are on the rise, the law hasn't kept pace.

So a small number of lawyers and lawmakers are using legal agreements, litigation and legislation to expand how the law defines family. With Americans increasingly choosing relationships that don't fit the nuclear family model, many more such advocates are needed, they say.

"There's just so many ways that we are deciding how we want to live with other people in a way that's mutually beneficial," family attorney Stacey McLarty told Law360. "And the more that happens, the more we need really constructive problem-solvers that are legally trained and looking to support their communities." 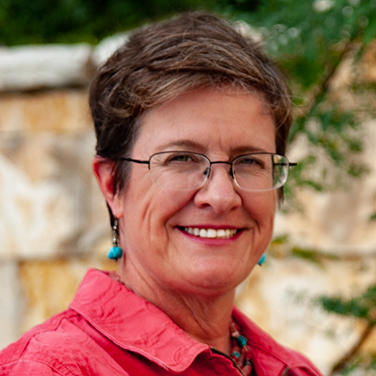 Just 18% of American households form what is considered a "traditional" nuclear family structure, according to an analysis of 2020 census data by the Center for American Progress.

"You have best friends who want to co-parent. You have elderly ladies who want to do a 'Golden Girls' thing," McLarty said.

But the legal system has been slow to adapt. Married couples still have over 1,000 legal benefits not shared by the unmarried, including spousal citizenship and tax-free inheritance, according to Diana Adams, executive director and president of the Chosen Family Law Center, which does pro bono legal work and advocacy around the issue.

Three adults may be in a polyamorous triad, but since only two can be legally married, Adams will create a three-person cohabitation agreement and a postnuptial agreement for the legally married couple to address how the family's finances will be mingled.

Or she may use a domestic partnership to help sisters share health insurance. Many domestic partnership laws were passed to account for the earlier lack of legal same-sex marriage but were drafted vaguely enough that they "created a space for a lot of creativity," Adams said.

McLarty has crafted advance medical directives for triads, her own included, so the legally unmarried third partner can make decisions for the others, since often only a spouse can share a patient's medical information or make medical decisions.

"One of the most satisfying things is to be able to talk with folks and help problem-solve what would happen if I got sick and couldn't articulate my wishes," McLarty said.

Challenges like these grew even more pressing during the pandemic, when people could often only visit those they were legally related to in hospitals or across international borders, according to Adams.

A Massachusetts woman dying in hospice, for instance, would only have been able to have one of her two partners by her side due to COVID-19 restrictions if not for the multipartner domestic partnership law that Adams helped pass in three Bay State cities.

'Who Are the Parents?'

These issues are especially complicated when they involve children, according to attorneys.

Only 46% of American kids lived with two parents in their first marriage as of 2015, down from 73% in 1960, according to the Pew Research Center.

"And if children have different last names than their parents, you can be sure that these providers are very careful about who they talk to and what information they disclose," said Warshaw Burstein LLP partner Eric I. Wrubel, who handles complex family and fertility cases.

I have to come up with a path that will best fit the family that my clients are creating using the laws that are available. 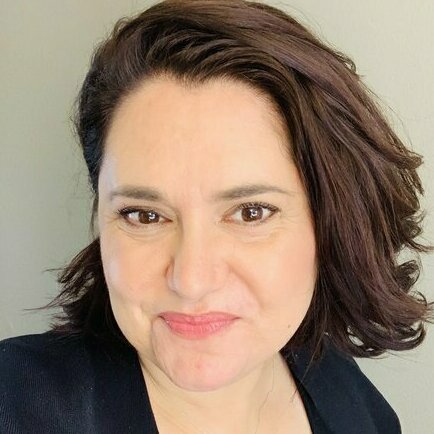 Safeguarding their parental rights is one of the main concerns for those raising children in diverse family structures, according to attorney Anne Gyemant Paris, whose San Francisco practice focuses on assisted reproduction, adoption and parentage.

"I am seeing many families being created with three parents, and apart from an adoption, the law does not provide for the three-parent families," Gyemant Paris said. So she creates co-parenting arrangements, sperm donor agreements and other legal remedies to fill that void.

"I have to come up with a path that will best fit the family that my clients are creating using the laws that are available," Gyemant Paris said.

How those laws define parentage differs from state to state and "is definitely something that is evolving," Wrubel said. That can create especially thorny issues when a family dissolves.

When separated partners have to deal with their children's doctors, schools and hospitals, "the first question that these providers ask is, 'Well, who are the parents?'" Wrubel said.

These legal complications are exacerbated by the fact that there's little case law concerning chosen families, and many judges aren't knowledgeable about diverse family arrangements. So educating judges about her clients' familial structures is 90% of what McLarty does in some cases, she said.

"We're kind of guessing what would happen if you go to court," added McLarty, who tries to steer her clients into mediation or negotiation instead.

That may be changing in some places.

A New York eviction court judge ruled in September in favor of a man fighting eviction after his polyamorous partner who held their apartment's lease died.

"Although the [Obergefell] majority randomly inserts the adjective 'two' in various places, it offers no reason at all why the two-person element of the core definition of marriage may be preserved while the man-woman element may not," Judge Bacdayan wrote. "It is striking how much of the majority's reasoning would apply with equal force to the claim of a fundamental right to plural marriage."

The New York Court of Appeals also overturned a 25-year-old precedent that a parent is only someone related to a child through biology or adoption, according to Wrubel, who argued that appeal.

In that case, after a lesbian couple raising a son separated, the woman who was his biological mother claimed her former partner wasn't a parent who could seek visitation rights. But the previous definition of parent "has become unworkable when applied to increasingly varied familial relationships," the appeals court wrote in 2016.

Not all courts have handed victories to those advocating for chosen families.

In a concurrence to the Supreme Court's Dobbs

"What I'm worried about is those who want to roll back the law," said Wrubel, who is raising two children in a same-sex marriage. "What if that rolls back? Is my marriage then null and void? What happens to my kids in terms of their rights?"

Advocates are also using legislation to expand who counts as family.

California's A.B. 1041, signed into law in September, now allows workers to take leave to care for to any person "whose association with the employee is the equivalent of a family relationship," according to the bills author, Assemblymember Buffy Wicks, D-Berkeley.

I view this as really sort of updating our laws to be equitable, to be more inclusive, to be more reflective of how people are actually living their lives. 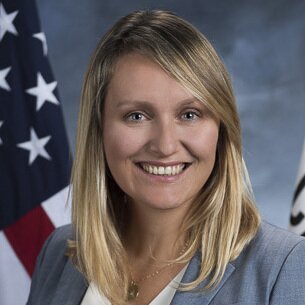 "I view this as really sort of updating our laws to be equitable, to be more inclusive, to be more reflective of how people are actually living their lives," Wicks said.

California also enacted S.B. 850 in August to ensure the children of police officers and firefighters killed on the job receive death benefits regardless of their family's structure, according to that bill's sponsor, Sen. John Laird, D-Santa Cruz.

The bill was proposed after several children of officers were denied benefits because their parents weren't married, Laird said.

"And that just wasn't fair," he said. "The kids were being punished for the status of their parents' relationship."

Adams of the Chosen Family Law Center, who helped pass multipartner domestic partnership laws in three cities, said she is working on model ordinance barring housing and employment discrimination based on relationship structure.

But more attorneys who are knowledgeable about chosen families "are sorely needed" to continue this progress, according to McLarty, who said there's just a handful of lawyers doing this work.

The call for that work will only increase as more people form families that aren't defined by heterosexual marriage, these attorneys say.

The pandemic, in particular, highlighted how important it is to protect all families, no matter who they include, Adams said.

"It's essential that we be thinking about how we redefine family when we are in a moment of lifting from the pandemic," Adams said. "We have an opportunity to learn from some of the difficult experiences and the mistakes and not just make those same mistakes in the future."