This past week sizable groups of current and former prosecutors, including state attorneys general and district attorneys, filed amicus briefs in two separate civil rights cases, a move experts say can offer a boost to such cases due to the officials' prestige.

On Thursday, a group of 80 former and current law enforcement officials, including eight Democratic attorneys general and the district attorney representing Portland, Oregon, called for a judge to restrict the federal deployment of troops to U.S. cities, saying the "abusive" tactics unleashed during protests this year risks "lasting damage to the entire justice system."

Just days before that, on Monday, a group of six current and former California district attorneys filed an amicus brief in a death penalty case asserting that the state's death penalty system has resulted in arbitrary sentences in violation of the constitution, and that the selection of defendants that receive the death penalty is influenced by impermissible factors such as the race and ethnicity of the defendant and the victim.

According to NYU School of Law professor Stephen Gillers, current and former prosecutors join in amicus briefs occasionally but consistently, and can bring attention to such cases by doing so.

The value is in ... the very fact that former officials with law enforcement credibility are willing to speak up. 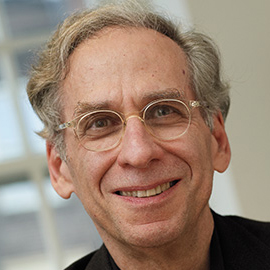 "The value is in the persuasiveness of the arguments in the amicus briefs, but also, and perhaps most important, the very fact that former officials with law enforcement credibility are willing to speak up. That in turn can generate news stories and cause the courts to pay closer attention to the case," Gillers said.

Several U.S. cities became the sites of violent clashes between protesters and federal and local law enforcement earlier this year as demonstrations over the police killings of Black Americans swept across the country.

Don't Shoot Portland and other protest groups sued top Trump administration officials, alleging the federal intervention in Portland overstepped the law and that agents were using violence to "stamp out" constitutionally protected protests.

The group of 80 former and current law enforcement officials that filed an amicus brief in the case this week did so on behalf of Don't Shoot Portland, saying the federal intervention in Portland and other cities this summer was unconstitutional and a threat to public safety.

"If these tactics are permitted to continue unaddressed, they will not simply prevent [local] leaders … from protecting their communities, but will also undermine the integrity of a system of justice that exists to keep us all safe from misconduct, use of force, violations of rights we hold dear, and abuse — whether by law enforcement or anyone else," the brief argued.

The brief says that the current and former prosecutors "unanimously" believe that death sentences are arbitrarily imposed and the selection of defendants that receive the death penalty is influenced by factors such as geography, whether the defendant is represented by a public defender, and the race and ethnicity of the defendant and the victim.

They're capitalizing on the same tactics and authority that was used in the past to push tough on crime laws. 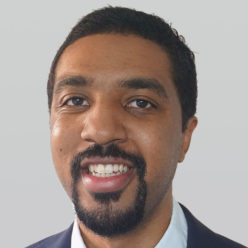 Cristine Soto DeBerry, director of the newly formed Prosecutors Alliance of California, released a statement on the amicus brief Monday.

"There is a growing recognition among prosecutors that the way in which the death penalty is applied in California is unjust and that racial bias continues to be a very serious problem with regards to the race of the defendant, the race of the victims, and the racial composition of the juries," DeBerry said.

According to Akhi Johnson, deputy director of the Vera Institute of Justice, there has been a recognition in recent years by some prosecutors that change is needed in the U.S. criminal justice system, with a growing number taking action through things like the recent amicus briefs to repair what they believe is not working.

Prosecutors both have a front row seat to the strengths and inadequacies of the justice system as well as the clout and position in life where others take their views on things like criminal justice reform seriously, Johnson said.

"There is a group of prosecutors who are concerned with the state of safety in our country and are starting to take a more data- and research-informed approach and reflecting more on the core values of this country and how the current criminal justice system doesn't live up to them in a lot of ways," he said.

Some examples of how data can inform criminal justice reform is looking at data about to what extent things like the death penalty, incarceration or cash bail are effective in preventing crime or preventing recidivism, he explained.

"They're capitalizing on the same tactics and authority that was used in the past to push tough on crime laws to pursue policies that are more in line with public safety and more reflective of some of our values as a country," he said.