Four years ago, a North Carolina county prosecutor named Gregory Newman kept a child victim in the dark about a deal he cut with her alleged rapist. 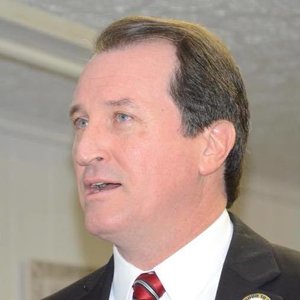 That’s the gist of a complaint filed late last month by the North Carolina State Bar: It alleges Newman let defendant James Sapp plead guilty to a misdemeanor assault charge, despite having obtained felony child rape charges from a grand jury, without informing the victim or her parents, who’d indicated plans to appear at hearings in the case.

In that deal, which let Epstein plead guilty to two Florida state charges for soliciting a prostitute, then-U.S. Attorney Alex Acosta agreed not to notify more than 30 identified victims who said Epstein had coerced them into sex acts as underage girls.

Six months ago, a judge ruled the agreement violated the Crime Victims’ Rights Act, which guarantees alleged victims the right to confer with the prosecution and to be heard at plea and sentencing hearings.

The ruling and resulting public outcry led Acosta, whom President Donald Trump had appointed labor secretary, to resign in July. Marie Villafana, an assistant U.S. attorney in Miami who was also involved in the Epstein deal, followed suit earlier this month.

Both departures came amid a federal probe into the deal and on the heels of new charges being filed against Epstein, who subsequently killed himself in a Manhattan jail cell on Aug. 10.

For Meg Garvin, the executive director of the National Crime Victims Law Institute, the fact that state bars and public pressure are holding prosecutors to account when it comes to victims’ rights is a critical silver lining in the Epstein story.

“The elected and appointed should be saying, ‘Oh my gosh, I need to be paying more attention to my line prosecutors,” Garvin told Law360. “Victims will be saying, ‘Maybe I should be asking more questions.’ And media now has fuel to say, ‘Well, what’s the victim’s perspective?”

Victims’ rights have been protected by federal statute for 15 years, and some states have had such protections for decades. But ensuring prosecutors follow the law hasn’t always been a high priority, Garvin said.

“Hopefully that era of treating victims’ rights as less than rights is ending,” she said.

A spokesperson for the North Carolina State Bar declined to comment specifically on the Newman case, or why more than two years passed before the organization decided to act on a grievance file it opened in April 2017, regarding a case that began in June 2014.

Newman declined to comment specifically on the allegations, saying only that his office has staff dedicated to dealing with victims and that “we follow the law just like everyone else.”

A native of Henderson County, Newman was appointed the county’s DA in 2013 by the state governor after his predecessor left to become a judge. He then won election in 2014 and re-election last year, running on a Republican ticket and doubling the vote tally of his closest competitor.

But despite popularity in the polls, Newman has faced criticism over his practices as DA. In May, the state bar officially reprimanded him for using his post to dismiss charges against a defendant he’d previously represented while in private practice.

That reprimand was followed in July with the bar’s disciplinary complaint that details how a minor identified as V.O. told the local sheriff’s department five years ago that Sapp had sexually assaulted her.

Newman’s office charged Sapp with rape of a child by an adult and, in keeping with the state’s victims’ rights laws, notified V.O.’s mother that there’d be a court date in September 2014. She indicated interest in the case and appeared at that hearing.

But after a grand jury indicted Sapp in May 2015 on the rape offense as well as four other sexual assault-related charges, the bar’s complaint says Newman stopped following victims’ rights rules and cut a deal with Sapp without notifying V.O. or her parents.

Sapp ultimately pled guilty to misdemeanor assault on a female on Oct. 13, 2015 — over two weeks earlier than the hearing date Newman had given V.O. According to the bar, V.O. never got to deliver a victim impact statement as she’d planned.

“Defendant dismissed the felony charges,” the complaint says. “Defendant did not subsequently advise the court that V.O. wished to be heard and had not been notified that Sapp would enter a guilty plea or that the case was scheduled to be resolved [early].”

After the bar gave Newman notice that it was investigating the case, he responded with what the complaint alleges were four distinct lies.

Newman indicated that the victim’s mother had been contacted about the deal when she was not and that there was a jury trial underway when the deal was cut, which records show to be untrue, the bar says.

The bar’s complaint says Newman’s actions and subsequent alleged lies violated its rules of professional conduct and seeks disciplinary action under a statute that provides for consequences ranging from disbarment to admonishment.

He indicated to Law360 that he plans to file a response to the complaint.

In the meantime, Garvin said prosecutors across the country should take note that victims have voices.

“I’m really hoping that all of this media attention results in survivors being empowered to not just ask about their rights, but demand them,” she said. “It’s exciting to see someone’s feet being held to the fire.”