Law360 (April 22, 2021, 9:09 PM EDT) -- With the stroke of a pen, the U.S. Supreme Court on Thursday nixed a legal strategy that the Federal Trade Commission had used for many years to return billions of dollars to consumers. Law360's The Term dissects the ruling, along with analyzing a big defeat for juvenile justice reformers and Justice Amy Coney Barrett's eye-popping book deal. 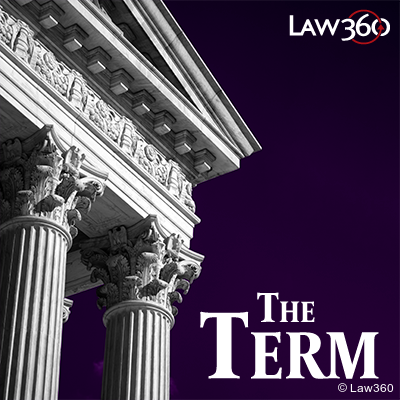 Each week on The Term, Supreme Court reporter Jimmy Hoover and co-host Natalie Rodriguez break down all the high court action.

This week starts with a look at Justice Barrett's reported $2 million book deal with an imprint of Penguin Random House, which will apparently focus on how judges should not be influenced by their personal views. The hosts examine the ethical implications of the news and how it stacks up against the book deals of other high court authors.

Next up, Natalie explains the implications of the Supreme Court's 6-3 decision in Jones v. Mississippi, which held that courts need not find a juvenile defendant "permanently incorrigible" before sentencing them to life in prison without parole. The decision marks an end to an era of Supreme Court rulings expanding the rights of juvenile defendants, perhaps a result of the changing makeup of the court.

Jimmy then walks through a major defeat for the government in AMG Capital Management LLC v. FTC, in which Justice Stephen Breyer, on behalf of a unanimous court, said that the regulatory agency does not have the authority to seek restitution or disgorgement in federal court. Specifically, Justice Breyer said that Section 13(b) of the Federal Trade Commission Act only allows the agency to seek an "injunction" directly in federal court, not equitable monetary relief.

The ruling puts a stop to a practice that the FTC has used for years: filing lawsuits directly in federal court and pursuing billions of dollars in restitution and disgorgement. Now, the Supreme Court's ruling does not affect the agency's ability to pursue such relief through its own administrative enforcement actions, but those are lengthier and less efficient — hence why the FTC has preferred to go directly to the federal courthouse.

Finally, the team talks about Monday's oral arguments in Sanchez v. Mayorkas, perhaps the biggest immigration case on the court's docket this term. During the hearing, the justices seemed skeptical of the petitioner's argument that immigrants with temporary protected status are eligible to adjust their status to become lawful permanent residents or green card holders.

More information about the show can be found here. You can also subscribe on Apple Podcasts, Stitcher, Spotify, Google Play and iHeartRadio. And if you like the show, please leave a written review! It helps others find us more easily.