In a discussion at the Annual Berkeley-Stanford Advanced Patent Law Institute, the judges discussed the future of remote proceedings in their courts and provided a few tips and tidbits about how their courts are operating. 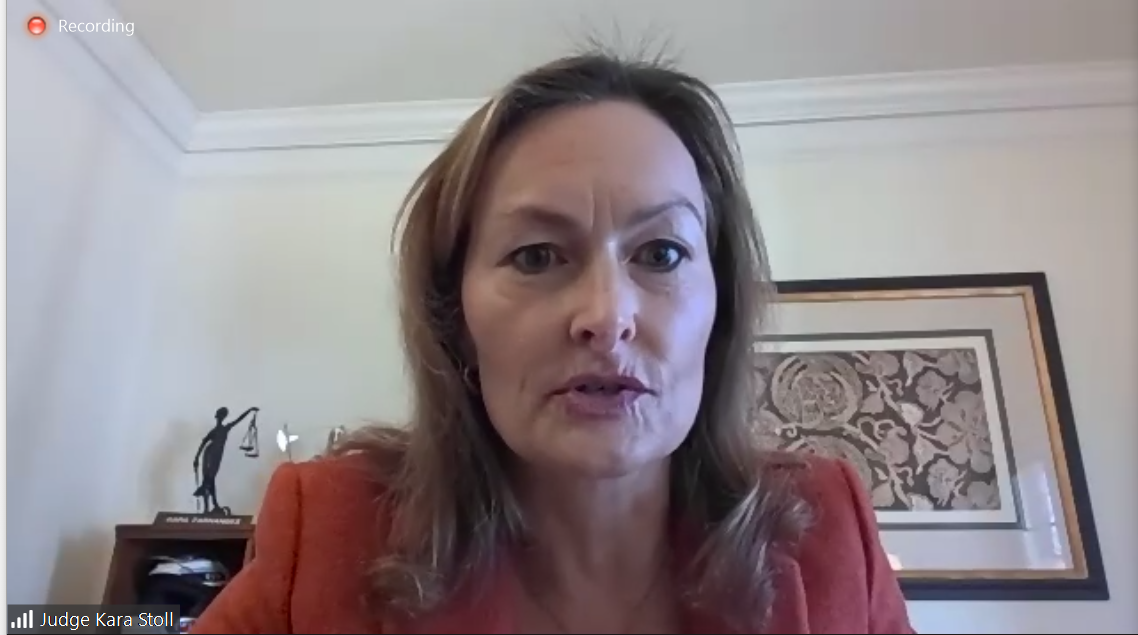 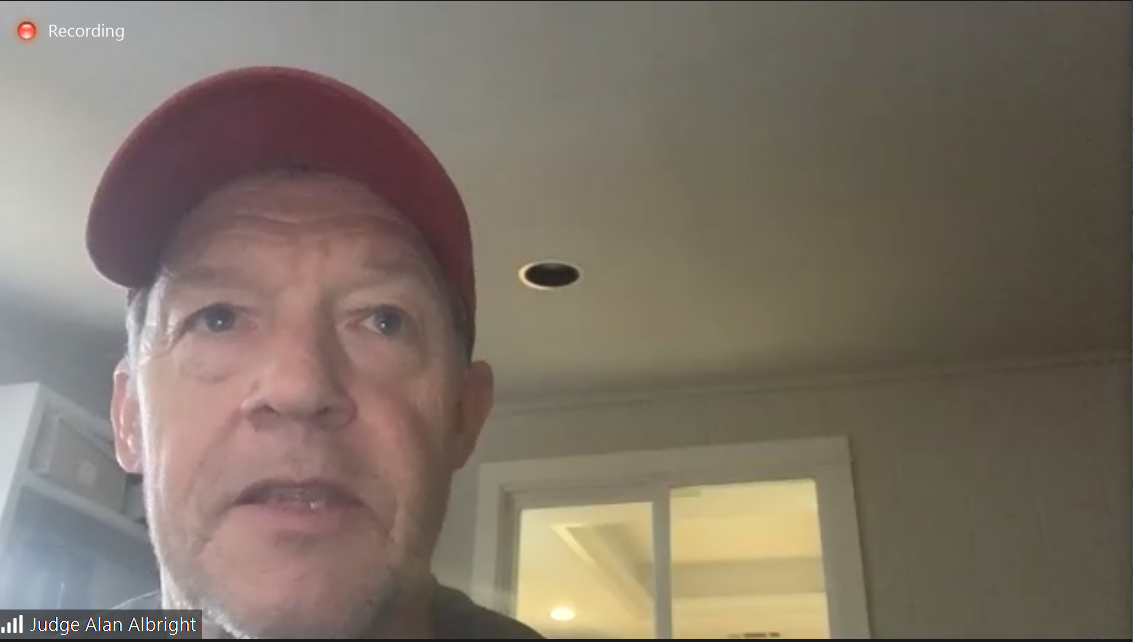 Among the greatest benefits discussed by both judges were the opportunities presented to younger attorneys.

Judge Stoll said she remembers "feeling extremely nervous" the first time she argued before the Federal Circuit, where she now sits. But over the phone, attorneys can have more experienced colleagues in the room helping them out, and they can search for answers while arguing rather than having to wait until they get back to their table.

In Texas, Judge Albright said junior attorneys have been given more chances to get experience during claim construction. While a firm may not be able to justify the cost of flying an associate out to Waco to argue one claim construction, there's no cost to logging onto Zoom.

He also praised the skills of those less-experienced attorneys, and said he's open to having more terms be in dispute if it means new attorneys get to argue them.

"They're always the most prepared people that argue anything to me," Judge Albright said. "They've spent three days on one claim term; they really know it."

Judge Albright did warn that anyone arguing a claim construction faces an uphill battle in his courtroom. Since he issues preliminary constructions, the attorney is fighting against him, not what the other side proposed. That doesn't necessarily mean he presumes the work given to junior attorneys is the least important aspect of a case though, Judge Albright said.

"Junior people need to know it's never a throwaway term, but they also need to know that in my court, they're probably less likely to win because I've already read the briefs and they're arguing a position I didn't accept," he said.

The district court judge added that when he holds claim construction hearings, there are typically 60 to 70 people watching on Zoom, ranging from the public, to attorneys, to clients in the U.S. and abroad.

"Which shows you how desperate things are in the time of COVID — I guess people have run out of things to watch on Netflix," he joked.

When asked whether he prefers attorneys to send him PowerPoints ahead of time or just present them on the Zoom screen, Judge Albright made his preference extremely clear.

"If I'm at home, I wind up having three or four iPads going at any one time," he said. "It's dramatically more helpful [to use Zoom]. It almost never helps me, which is unique to me, for people to send me the physical PowerPoints. It means one less iPad to be shuffling around on."

While Judge Albright said he's likely to keep up remote proceedings after the pandemic, Judge Stoll said she's less sure the Federal Circuit will be, as it's a decision that the full court would have to make.

She said continuing remote proceedings would make the most sense in appeals from the U.S. Merit Systems Protection Board and the Board of Veterans' Appeals, since those litigants don't always have the budget to travel.

But Judge Stoll suggested the court is open to video proceedings if things do stay remote, even though she's been happy with how things have been going over the phone. She said attorneys have actually been better at answering her questions than they were in person.

"They just seem to answer more directly instead of being first confused about my question," she said.

On the other hand, Judge Stoll said there have been rare occurrences where attorneys have gotten too informal and end up taking a rude tone or yelling at panel judges.

During the pandemic, the court has also started deciding cases on the briefs rather than holding oral arguments. But Judge Stoll said that's not because those cases are less important or difficult, it's just that the judges involved don't have any questions.

"In appellate work, the main event is seldom the argument," she said. "The main event is usually the record you've developed below, the selection of issues that you're raising on appeal, and most importantly, your briefs. Most of the time, these cases are decided on briefs, they're not decided during the 30-minute argument where we're asking questions."

Judge Albright also addressed his influence on the patent litigation landscape, where a significant portion of all the country's patent suits are ending up in his court — with his encouragement. He pointed to his experience in patent law to show that he understands why certain disputes are important, even if they may make judges less experienced in intellectual property roll their eyes.

"I never wanted to be perceived that the reason people would file patent cases in my court was because someone believed that there was an advantage to being a plaintiff in my court," he said, adding later that his goal was "to make sure that lawyers felt, and could assure their clients, that when they were in front of me, it would be in front of someone who was as fair and unbiased as possible, but who understood why they were arguing these things."

Judge Albright added that none of his practices are copyrighted or trade secrets, and that other judges are welcome to follow his lead if they want more patent cases in their courts.