Why Gilstrap Is Getting Ready For Trial — And Not On Zoom


Law360 (May 15, 2020, 6:04 PM EDT) -- With courthouse closures stretching from weeks to months, U.S. District Judge Rodney Gilstrap knows he has to keep cases moving, but like other judges and attorneys, he says this is a delicate balancing act that isn't solved as easily as loading up trials on Zoom. 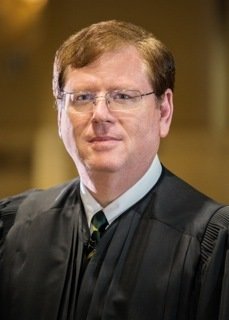 Examples of the competing priorities facing the courts are already lining up. A federal judge in Virginia shot down Cisco's objections and proceeded with a still-ongoing bench trial via Zoom in the company's patent dispute with cybersecurity company Centripetal Networks Inc. And the chief judge of the Southern District of New York relented in her push to hold a patent bench trial this month after the parties, Ferring Pharmaceuticals Inc. and Serenity Pharmaceuticals LLC, both complained that doing so would hamper their ability to properly try the case.

In the Eastern District, however, Chief Judge Gilstrap told Law360 that he anticipates the court allowing jury trials to resume at the start of June. Judge Gilstrap, who presides over one of the busiest patent dockets in the country, said that he intends to try two cases — with a thorough set of health measures — in his own courtroom that month.

"There's not a right or a wrong here," he said. "This is a very difficult set of first impression circumstances where you're trying to balance a constitutional mandate and an interest in speedy justice with real public health concerns."

Judge Gilstrap, who is based in Marshall, Texas, noted that his district is largely rural and has not seen a high number of COVID-19 cases. He said he had delayed a patent trial that was originally scheduled to go in June because it involved attorneys from around the country and the globe.

On June 1, however, he is likely to commence trial in a personal injury case that doesn't involve anyone coming from far away.

Trial attorneys say they understand why judges are pushing to get any cases to trial that they can, given the backlog that will fill dockets once social distancing orders are lifted and jury trials resume.

Courts are especially looking at tackling bench trials remotely, such as in the Centripetal v. Cisco and Ferring v. Serenity cases.

Paul Skiermont of Skiermont Derby LLP, who represents drug company Serenity, told Law360 that sticking to the end-of-May trial date in his case posed unique challenges. With the witnesses for his client largely being practicing physicians and Ferring's experts all being from Europe, even holding a remote trial by that date posed daunting logistical challenges, he said.

They're not just looking at the lawyer who's actually arguing; they're looking at the other lawyer. Experienced judges, good judges, are reading everything in the courtroom.

But trial attorneys have also raised general concerns about rushing to try cases by Zoom videoconferencing. The lawyers say it's unclear whether they can have the same impact on witnesses during cross-examination or be able to read a judge or opposing counsel the same way that they could in person — essential components of trial advocacy.

Yar Chaikovsky, co-chair of Paul Hastings LLP's intellectual property practice group, said that while some judges have pushed parties toward remote hearings, he believes experienced judges know that these measures are a downgrade from a normal trial.

"They're not just looking at the lawyer who's actually arguing; they're looking at the other lawyer," he said. "Experienced judges, good judges, are reading everything in the courtroom."

Robins Kaplan LLP partner Patrick Arenz said he understands why judges are trying to find ways to move trials forward even while stay-at-home orders are in place.

"There are district courts that are probably of the mindset of not letting the perfect be the enemy of the good, and are making sure to move cases forward and move their docket forward," he said. "So that when we get back to business, there's not an enormous backlog to deal with."

Judge Gilstrap said as much himself, noting that "none of these cases are an island unto themselves" and that delaying one trial causes a chain of delays on the docket.

"There's a real concern about being able to address — with the resources and the manpower we have — the cases that are stacking up into the summer and fall and later into the year," he said.

In order to try cases safely next month, Judge Gilstrap said potential jurors will have their temperature taken when they enter the courthouse, will be spaced out in the courtroom and will be provided with masks. Instead of one microphone, multiple microphones will be used during jury selection so that they can be disinfected between uses.

Judge Gilstrap, however, isn't looking to try cases via Zoom before opening his courtroom back up. The judge said that his docket doesn't have many bench trials and thus isn't as amenable to remote work.

He also said he is watching to see how the Centripetal v. Cisco bench trial turns out, but also noted that his recent use of videoconferencing for Markman hearings and other hearings makes him question whether the technology could really work for a trial.

"It's my opinion there's as much or more nonverbal communication in a bench or jury trial as there is verbal communication," Judge Gilstrap said. "I have real concerns about whether transitioning motions practice to a full-blown trial in that medium would be workable."

Judge Gilstrap pointed to the "unavoidable audio lag" that can make it hard for him to get a word in edgewise when an attorney is arguing — saying that at times he has taken to raising his hand like a stop sign — and that having both demonstrative exhibits and the attorney makes for a crowded screen.

The trial attorneys also worried about how trying a case remotely impacts their skills, with Chaikovsky saying that it's hard for a trial lawyer to be dynamic over video.

"If you've got a high-quality trial lawyer, you've just degraded them significantly in terms of their impact on the judge, on the jury — to the extent we end up doing any of that in front of a jury — or the witness," he said. "Because it just doesn't come through via a screen."

Arenz said that in addition to losing some of the "magic" of an in-person cross-examination, trying a case remotely also poses challenges for trial preparation and coordination simply by keeping the trial team and witnesses from working together in a single room.

As the crisis stretches on, however, parties may ask themselves whether delaying a trial several months is simply delaying getting a resolution, Arenz said.

Chaikovsky agreed, also noting that the consensus about the pandemic means that parties likely will not be able to just wait it out.

"[Judges have] probably the correct view of the world, that the wheels of justice can't stop for a year," he said. "Let's assume this COVID situation is a bad situation. Why do I perceive it's going to be any better five months from today? Or six months? Or three months? It's not like it's going to go away all of a sudden."

Judge Alan D. Albright in the Western District of Texas appears to be taking that tack. On Friday, he reset an impending patent showdown between MV3 and Roku for June 29, which is technically a day before jury trials are allowed to resume in the district.

Judge Albright's minute entry for the Wednesday telephone conference in which he set the date says he told the parties, "Trial must go when set — we will have to work around conflict." The judge did not respond to requests for comment about his decision.

Chief Judge Garcia, however, was not so sanguine about bringing jury trials back. The judge told Law360 that the district is not looking at holding trials by Zoom yet.

Judge Garcia said that even though Texas Gov. Greg Abbott has lifted some social distancing restrictions, the district's judges are still waiting to see if jurors are going to feel safe enough to actually report for jury duty before resuming trials.

"I'm not Dr. [Anthony] Fauci, but in my view I don't think we're going to be able to get juries until August or September," he said. "I could be wrong. I hope I'm wrong."