Minn. Judge Calls For More Zoom Trials – Pandemic Or Not


Law360 (March 30, 2021, 5:49 PM EDT) -- The District of Minnesota will keep holding Zoom civil jury trials even after the pandemic has abated, according to its chief judge, who said virtual proceedings can help to relieve the criminal trial backlog and can still be held in the middle of a St. Paul blizzard. 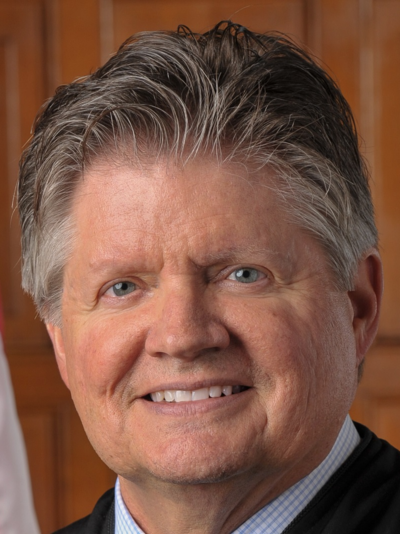 Chief Judge John Tunheim sang the praises of virtual civil trials during an interview with Law360, saying they're a way to help his district and others dig out of severe criminal backlogs and to ensure jury pools more accurately reflect a diverse cross section of the community, among other benefits.

What's the near future looking like in your district, as far as trials?

Our plan at this point is to resume jury trials, and in-person hearings to the extent necessary, on May 3. All of our staff will be vaccinated and beyond the two-week period following the second shot, so we think that by May 1 we should be in pretty good shape for jurors coming in.

I do plan to continue, and urge our other judges to continue, to do as many hearings on Zoom as possible. It's worked really, really well, and we're still not in a position where we want a lot of people coming into the courthouse.

I think using Zoom is a very effective tool for bench trials. For jury trials it's a little more complicated, as we know. But we have a backlog of civil cases that we're probably not going to get to right away because of the criminal case backlog. We are, for the time being, using only two courtrooms, one in Minneapolis, one in St. Paul, both with substantial amounts of plexiglass. Only using two courtrooms makes it hard to catch up.

It sounds like the strategy is to clear out the criminal trial backlog by using Zoom for civil trials. What's the general plan for putting that into action?

We've got a master trial calendar set up from May 3 to the end of December, which has, essentially, two cases lined up at a time until the end of the year. I'm hopeful that by the latter part of summer, we can expand that and judges can go back to doing their own trials in their own courtrooms. But that will depend on whether we can have jurors feeling comfortable sitting next to each other.

For my trials, going forward we'll say that in civil cases the court is offering the option of a virtual civil jury trial using Zoom. Obviously we're not going to force anyone to do it, but we may be in the position of strongly encouraging lawyers to agree to a virtual jury trial.

Are all of your judges comfortable with the idea of presiding over a Zoom trial, or are there some that aren't quite there yet or haven't had a chance to do one?

I suspect some of our judges may be reluctant to do it. It's something different. But it also can be very interesting and enjoyable doing it over Zoom. There are several judges who are anxious to do a virtual trial but have not found the appropriate case or have not gotten defendants to consent. I know that one of our most experienced judges was anxious to do one; she pushed the parties, but counsel would not agree to it. I think it takes some courage to try a case in a different manner like that. I understand it's different for lawyers, and they don't want to agree to something and then lose a case.

You mentioned the master trial calendar going through December. Are there any civil trials on the calendar or have all those slots been reserved for criminal trials?

We've given priority to criminal trials. There's a few civil trials that are stuck in there, but they're mostly in second place. If one trial settles or there's a plea, then we move on to the second, and there's no waste of time. If a week suddenly becomes open and it's a four-to-five-day trial, then we may slide a trial into that week. It's a scheduling challenge.

What do you see as the pros and cons of virtual trials?

It does take extra work. We have extra people working on the trial. We borrowed an additional courtroom deputy to be, for lack of a better word, a jury minder. But at the same time, it's a very, very convenient way to do a trial. For example, if I had a civil trial where I had lawyers from, say, Atlanta or San Diego or Seattle participating as primary lawyers in the case, and witnesses from all over the country, I might say, "Hey, we can do this a lot more inexpensively if you're willing to do it virtually. We can do this trial three weeks from now and get it done, as opposed to four or five months from now."

Can you give me a sense of the approximate volume of the backlog in your district for both sides, both civil and criminal?

I don't have hard numbers, but it is fairly significant. We did three criminal trials last fall when we partially opened up; the last one, we just barely got it done. I say just barely because one of the jurors tested positive for COVID-19, and then shortly thereafter two more jurors tested positive, and we had to take a two-week break in the trial. It was nip and tuck to get that one done.

And we don't have the authority to do a virtual criminal trial, so there's a backlog for the 30% of criminal defendants who have not consented to videoconference for their hearings — pretrial hearings, change of pleas and sentencings. I suspect right now we have about 20 to 25 criminal trials pending, and I would guess that about half of those at most would go to trial.

And we probably have a larger number of civil cases, because there, a firm trial date is a very important aspect of settlement. Cases are still settling, of course, because our magistrate judges are very good at settling cases. But once you give them a trial date, it makes all the difference in the world.

Let me ask you about what will happen after it's safe to do things in person and the trial backlogs are fully worked through. Will you continue to encourage Zoom civil trials?

Jurors for our Minneapolis and St. Paul trials, they come basically from the southern half of the state of Minnesota. The southwestern cities are a four-hour drive from Minneapolis or St. Paul. There are also the costs of staying in a hotel, and the per diem that we pay.

I want to ask a little more about jury pools. Can a Zoom trial help with getting a better cross section of the community, of one's peers? Or are there issues with technology that might block some jurors from participating in a virtual trial?

I do think it can help you get a better cross section of the community. You do run into jurors who just simply can't participate because they have children at home, or they have a small business and can't be away, or they have farm duties early in the morning, or they live two hours away from downtown Minneapolis and use a wheelchair. You run into those issues all the time when you're picking a jury.

We addressed the problem of the technology, in fact, before the Zoom trial I conducted. We purchased 12 iPads and we were willing to go out to the person's home, have an information systems specialist set it up, show them how to use it, create a hotspot. In the questionnaire, we asked them to run an internet speed test and asked them if other people in the house would be using the internet at the same time.

You don't want to have a juror who might be a great juror say, "You know, my internet doesn't work very well," or, "I turned it off because it was too expensive for my family." You don't want to prevent that person from serving as a juror if they're well qualified to serve in the case. So we were ready.

Are there any other factors you're considering as you look at virtual trials?

If it's a trial via Zoom, you've got to provide some kind of access for the public. You can't have a trial that no one in the public has the right to see. I think that will ultimately encourage the judiciary to move more, at least to audio streaming of trials, which I think would be a good idea.

Some people say, "Your courtrooms are open; anyone can come in." That is true, but if you're interested in a trial and you may not have the accessibility to come into a courthouse and sit in the back of the room each day, being able to tune in over the internet — at least on an audio basis — I think it's great for the judiciary, because it enables a broader audience to see how we do our work.