Law360 (May 11, 2020, 1:23 PM EDT) -- Federal and state court judges say they are likely to rely heavily on remote courtrooms, including virtual trials, as the prospect of fully reopening the justice system to its former capacity remains a distant goal for many, and case backlogs and delays continue to mount.

Eastern District of California Chief Judge Kimberly Mueller says her courts can't guarantee a trial within three years of a case filing because a preexisting judge shortage has been amplified by limited access to physical courtrooms during the coronavirus pandemic.

Our infrastructure was already full of potholes, so when something like the coronavirus comes along it knocks us off the road. 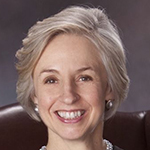 U.S. District Court for the Eastern District of California

"Our infrastructure was already full of potholes, so when something like the coronavirus comes along it knocks us off the road," Mueller said. "We know that it has only worsened the situation in terms of the delays we've already seen in managing our caseload."

The population of the Eastern District of California has exploded, even as the number of judgeships in the district has remained the same for the last 20 years.

Mueller said her courts plan to lean into technology to work on addressing the backlog, which mostly means conducting hearings, sentencings and other court business remotely via web platforms like Zoom. But it could also mean virtual civil jury trials, something a number of courts across the country are currently considering as a result of the pandemic, but have yet to incorporate into the usual course of business.

"I think some courts are considering virtual jury trials in civil cases only," Mueller said. "I think you may see some creativity in that arena."

Western District of Washington Chief Judge Ricardo Martinez said he doesn't know if there are any other truly promising alternatives, and that virtual trials might be the only way forward for courts looking to continue the march of justice as the world deals with a massive health crisis.

"We probably will not be able to go back to in-court proceedings until probably August at the earliest, if not September, and that's if everything works perfectly," Martinez said.

The massive stretch of land from Canada to the Oregon border is under the Western District of Washington's purview, and yet the district has just two active federal judges who aren't on senior status, and five judgeships sitting empty waiting to be filled by Congress.

I think [virtual trials are] going to be the wave of the future until we can reassure jurors and everyone walking into the courthouse that they are going to be safe. 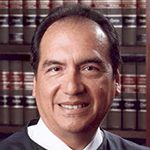 U.S. District Court for the Western District of Washington

Additionally, every judge, senior judge and magistrate judge in the district, with the exception of one, is over the age of 60 and in the "high risk" category for COVID-19, Martinez said. The only proven-safe method for conducting court business right now is to do it remotely, he said, and that means trials may soon need to be conducted away from a courtroom.

"Nothing in the Rules [of Procedure] prohibits this," he said. "I think it's going to be the wave of the future until we can reassure jurors and everyone walking into the courthouse that they are going to be safe."

On Wednesday, a virtual bench trial got underway in Virginia federal court. The case, in which Cisco Systems is accused of infringing a startup's network security patents, started out with a technical tutorial, and the judge, attorneys and witnesses all participated remotely. Other virtual bench trials have been taking place across the country, although they have been fairly limited so far.

Despite some momentum on bench trials, jury trials are an area that U.S. jurists have so far been hesitant to tackle. Texas Supreme Court Chief Justice Nathan Hecht, who serves as chair of the National Center for State Courts' board of directors, said in an interview May 6 that there hasn't been a jury trial in the U.S. in seven weeks, whereas typically hundreds are conducted in any given week.

But one major issue for state courts is funding. Buying and installing Plexiglas partitions would cost a lot of money, and state courts have not received federal coronavirus funding. Hecht said he's not aware of any state funding of the courts, either.

I think we're going to be getting a lot of new ideas that may become part of the new way we manage courts. 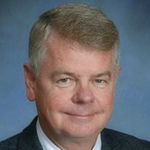 Director, Office of Dispute Resolution for the Michigan Supreme Court

"There certainly hasn't been any in Texas," he said.

In Michigan, the state Supreme Court has approved a pilot program operated by the state court's administrative office to explore the feasibility of remote jury trials. The program, which should be up and running by June, will provide a set of recommendations to assist the courts in implementing safe and effective trials in potentially new ways.

"I think we're going to be getting a lot of new ideas that may become part of the new way we manage courts," said Doug Van Epps, director of the Office of Dispute Resolution for the Michigan Supreme Court. "I think we're going to learn a whole lot more about the advantages of using the online tools that are now being experimented with."

In Pennsylvania, judges are conducting some court business remotely, but the Philadelphia Bar Association issued a public statement at the end of April encouraging even more use of tools like Zoom to move proceedings forward.

"We believe that there are significant parts of the civil litigation system that can be effectively handled remotely," bar association Chancellor A. Michael Snyder said in the statement. "It is critical that the system not become backlogged so significantly that recovery becomes drawn out. We must each remember that justice delayed is justice denied."