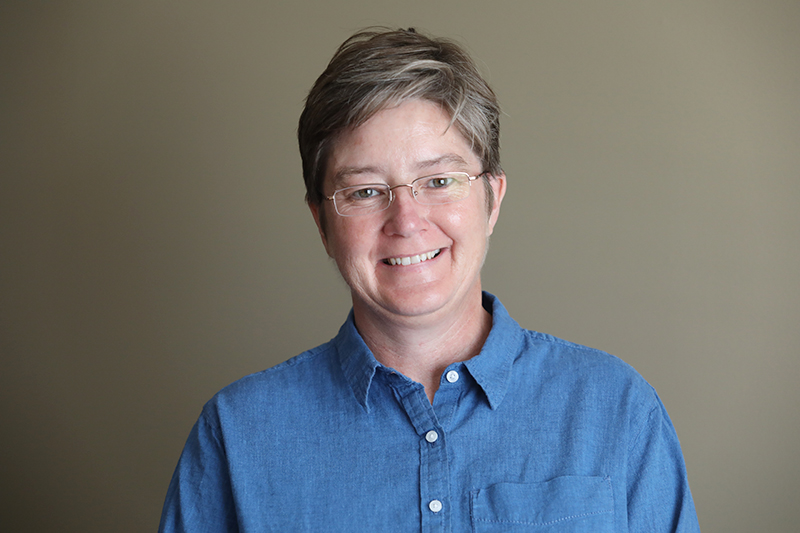 
Still, when University of Illinois sociologist Rebecca Sandefur found out earlier this month that she'd been named a MacArthur fellow for her research on access to civil justice, she was "absolutely stunned" — to be awarded the no-strings-attached $625,000 grant but also to see such recognition for an often-overlooked subject.

"The award from the Macarthur Foundation really helps to recognize that this activity exists, that it's important," she said. "It would be great to have access to justice be seen as something that's worthy of the best minds of your field."

For decades, the subject of legal aid, pro bono efficacy, alternatives to traditional representation and other legal access issues has suffered from a dearth of scholarship. Sandefur said federal grant money for research into the civil justice system dried up in the 1980s, and scholars focused instead on crime and criminal justice issues as they took priority in the national consciousness.

That reality is reflected in the list of lawyers and legal experts named MacArthur fellows in previous classes: in 1989, for instance, New York University law professor Anthony Amsterdam was recognized for his work litigating hundreds of cases aiming to abolish capital punishment, and in 1995, Equal Justice Initiative founder Bryan Stevenson was named a fellow for his work in helping innocent death row inmates win exoneration.

More recent access to justice-related MacArthur grants have gone to Jonathan Rapping, the founder of a public defender training program called Gideon's Promise, and Matthew Desmond, who published the Pulitzer Prize-winning "Evicted: Poverty and Profit in the American City" and serves as principal investigator of Princeton University's Eviction Lab.

While those fellows dealt with specific aspects of the access to justice world, such as criminal law reform or tenants' rights, Sandefur's award is a milestone for a social scientist who's devoted her research to the broader issue of how low-income Americans access the civil justice system.

According to David Udell, executive director at the National Center for Access to Justice, "Becky's probably the first [MacArthur fellow] to highlight the civil justice system."

"The field of access to justice is still just taking shape," Udell said. "Its undertheorized, underfunded and under-infrastructured, even as we know it remains important for its individual and societal consequences, affecting millions."

Since 2004, Sandefur has played a key role in shaping that field. As faculty fellow at the American Bar Foundation, she founded and leads the foundation's access to justice research initiative. Her 2011 "Access Across America" report was the first ever state-by-state portrait of the services available to help people access the civil justice system.


She followed that up with a 2012 paper "Money Isn't Everything: Understanding Moderate Income Households' Use of Lawyers' Services," which found that many people don't even realize their problems are legal ones.

"The belief was the reason people don't hire lawyers is because they're really expensive," Sandefur said. "If you just ask people why they handled the problem the way that they do, cost is maybe the sixth most important reason. They're much more likely to say, 'you know, I know what my options are and I understand the situation and I'm doing what makes sense.'"

Sandefur attributes her willingness to go out and collect raw data to her training as a sociologist.

"Because I didn't come in from law, I was less wed to thinking about it a certain way," she said. "Whereas I think if I were an attorney, I would be more likely to think that 'well, law is really the way to solve all of this.'"

Lisa Foster, a former California state judge, co-founder of the Fines and Fees Justice Center and former director of the Access to Justice office within the U.S. Department of Justice, said Sandefur's "pioneering research" into the way everyday people understood their legal challenges changed the way her office talked to federal agencies about the need to include legal aid in many of their programs.

"Her research hugely influenced our work at the Office for Access to Justice to increase federal resources for civil legal aid," Foster said. "The MacArthur award is long-overdue recognition of both the importance of civil legal aid and the value of academic research to securing access to justice for all Americans."

For other academics in the access world, citing to Sandefur's work or thanking her in a footnote has become routine. Columbia law professor Colleen F. Shanahan, who has published papers on the comparative effectiveness of nonlawyers vs lawyers as well as the potential risks of providing low-income Americans limited representation, attributed the growth of the field's profile to Sandefur's influence.

"Becky has been an extraordinary supporter, mentor, and convener of access to justice researchers," Shanahan said, counting herself among those who've benefited from Sandefur's guidance. "As a result, in the last five to 10 years a cross-disciplinary community of researchers looking to understand and improve civil justice in America has emerged."

Anna E. Carpenter, a professor at University of Tulsa College of Law who has co-authored papers with Shanahan, said, "I'm not sure there's anyone in the civil access to justice space who hasn't been guided, persuaded, or influenced by Becky in some way."

And already, the effect of the MacArthur award is being felt. Carpenter described holding a community forum in Tulsa not long after the announcement came out, and facing disbelief when she explained that the number one barrier to getting legal assistance isn't money.


"I and other presenters at the event were able to leverage Becky's new status as a 'genius' to make the audience receptive to some of the more counterintuitive realities of the civil justice landscape — almost all of which we know about thanks to Becky," she said. "Pointing out that Becky, the person who gave us these insights, is a MacArthur fellow really helps diffuse the disbelief and get people on board."

Sandefur said she believes that kind of recognition is one of the most exciting effects of having received the award. And in addition to the grant's visibility, she said the accompanying grant funds could be "seed money" for future research.

"When I look at the access to justice field, I think an important next step would be to identify the innovations that the evidence base tells us would improve things, and then try to implement them at scale," she said. "The MacArthur can be a way of doing the intelligence gathering and planning and convening that sets those bigger projects in motion."