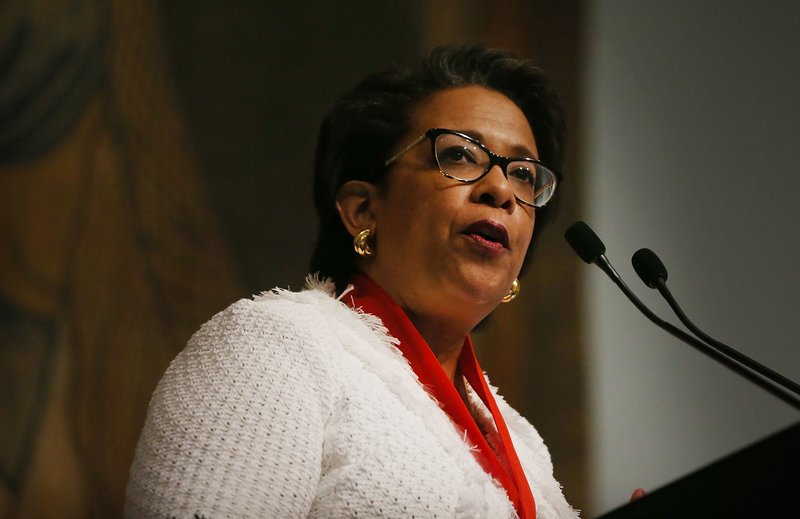 Former U.S. Attorney General Loretta Lynch, pictured here at a 2017 event in New York City, was recently appointed as a mediator in a suit over access to attorneys for people detained at Brooklyn's Metropolitan Detention Center. (Getty)


Even as the potential spread of COVID-19 in prisons and jails sets off alarm bells, New York advocates are hopeful that involvement by former Attorney General Loretta Lynch will lead to a quick resolution for people in detention at Brooklyn's Metropolitan Detention Center in a suit over attorney access.

Now a partner with Paul Weiss Rifkind Wharton & Garrison LLP, Lynch was recently appointed as a mediator in a suit over access to attorneys for people detained at MDC Brooklyn, which houses over 1,700 people, according to the Bureau of Prisons.

The Federal Defenders of New York first filed the suit against the Bureau of Prisons after allegedly being denied access to their clients in early 2019 while the building was without power for seven days, which attorneys said caused a "humanitarian crisis" in the prison.

Just over a year later, the Second Circuit revived the suit on March 20 and urged the lower court to act quickly to resolve the problem in the midst of yet another crisis: the COVID-19 pandemic. Lynch was then appointed on March 23.

"The fact that she's the one who's going to be handling this is very encouraging," said Chris Dunn of the New York Civil Liberties Union, which weighed in at the Second Circuit in a brief in favor of the Federal Defenders. "If there's anyone who can get a resolution, it's her."

Given the speed and the seriousness of the current pandemic, Dunn added, he hoped that Lynch would be able to broker a deal on the first track some time during the week of March 30.

Advocates in New York and elsewhere have called on state and federal authorities to take immediate action to protect people incarcerated during the epidemic, including by calling for officials to empty jails of people awaiting trial or detained pending an immigration hearing.

Unlike people in other segments of society, people in detention facilities aren't able to practice social distancing, especially not if housed in a crowded facility. Prisoners do not have control over their own movements or the people they come into contact with, and do not have reliable access to things like soap, hand sanitizer or disinfecting wipes.

This is particularly troubling for older inmates. According to the U.S. Department of Justice, roughly 11% of the U.S. prison population is 55 or older, putting many of them at increased risk of complications from the disease.

"I don't think it's an exaggeration to say that this is a life-or-death situation," Dunn said. "From all we know from public health authorities, people in detention facilities face increased risk of infection and they have less access to adequate health care. Those are two factors that, with coronavirus, result in deaths."

The crisis also heightens the need for detainees to assert their rights and thus the importance of attorney access for people in detention.

Lynch was one of several possible mediators that U.S. District Judge Margo K. Brodie proposed to referee the current dispute. Lynch was selected after the government raised concerns about potential conflicts with the other two names.

Judge Brodie also held out Lynch as a particularly good fit given her familiarity with the BOP from her time as attorney general and as U.S. attorney for the Eastern District of New York, which includes Brooklyn.

David Patton, executive director of the Federal Defenders of New York, told Law360 in a statement, "We welcomed Ms. Lynch's appointment, and we look forward to working with her and the BOP to solve these serious problems."

After leaving the DOJ at the end of the Obama administration, Lynch joined Paul Weiss as part of the firm's litigation group. According to the firm's website, her work focuses on government and internal investigations, as well as "high-stakes litigation."

Other projects she's worked include leading an internal investigation into campus police practices at Syracuse University in the wake of the university's alleged mishandling of a student protest, including its attempt to allegedly suspend four students who were not involved.

Dunn said that Lynch's involvement in the MDC Brooklyn suit is an especially positive development given the status of the current outbreak.

New York state has reported over 20,000 cases of the virus so far, with the rate of new cases continuing to increase, even as the state has shut down all but essential businesses to try to slow the spread of the virus.