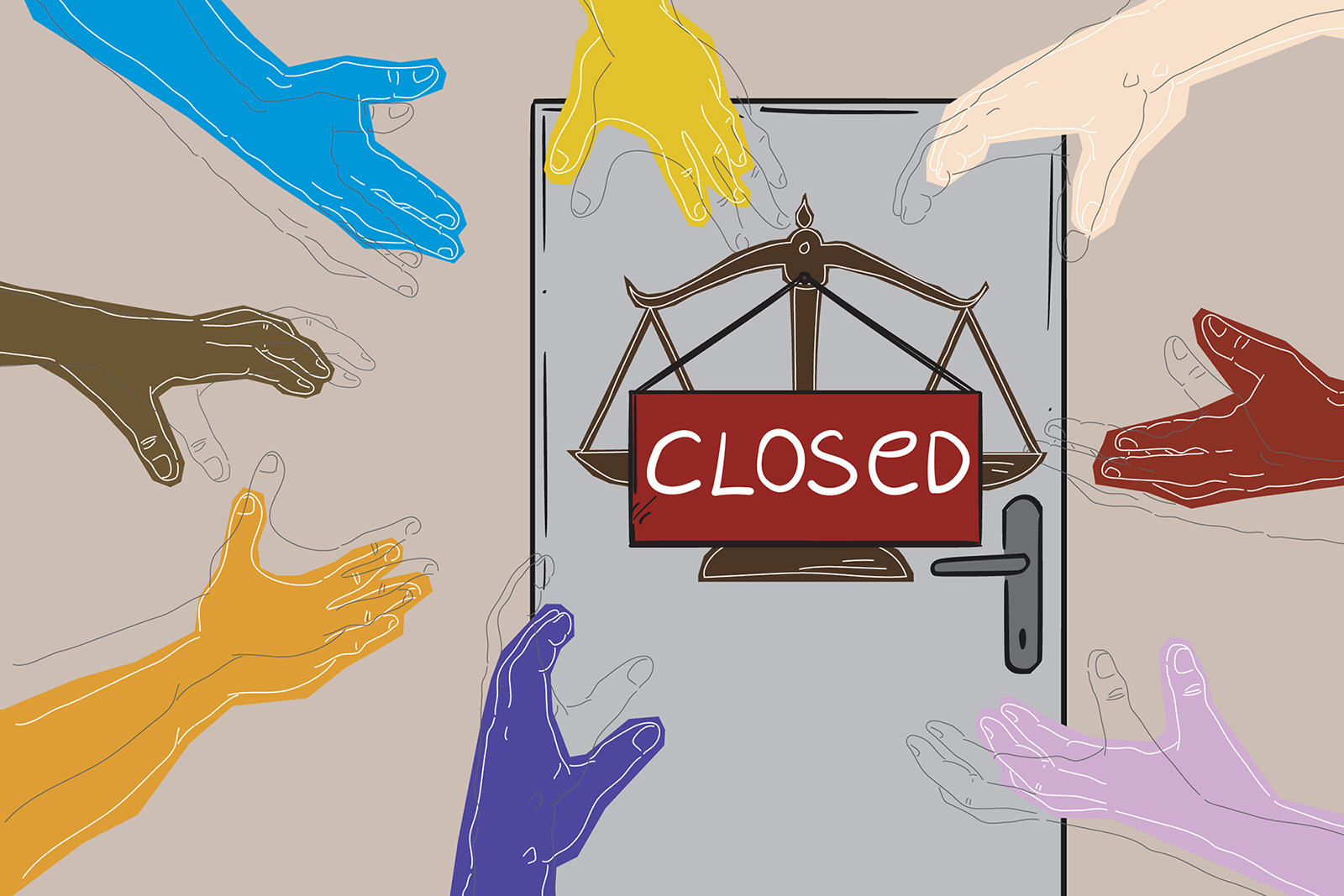 For eight years, the Justice Department's Access to Justice Office focused on issues like civil legal aid and indigent defense. But ever since the Trump administration shuttered the office in 2018, former staffers say access to justice has grown increasingly out of reach.


When then-Attorney General Jeff Sessions shut down the U.S. Department of Justice's Office for Access to Justice in 2018, there was no press release, no tweet from the Oval Office.


All it took to unravel the small, nonprosecutorial unit that the Obama administration had created in 2010 was a notice to Congress and some tweaks to department websites.

"We were all given the option to be reassigned in the DOJ," said Maha Jweied, the longest-serving staffer in the office and its final acting director. "It seemed like having an office focused on access to justice was not a priority for this administration."

Not having an office considering the issue of access to justice right now is a problem. 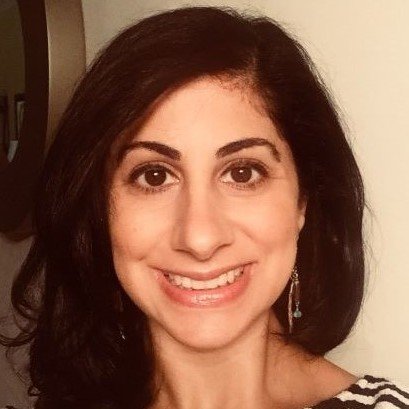 Now, as the ongoing COVID-19 pandemic coincides with a nationwide racial justice movement, lawmakers are trying to reopen the office that provided national leadership on issues like indigent defense, excessive fines and fees, juvenile justice, legal aid funding and more.

On July 31, the U.S. House of Representatives passed an appropriations bill that, among other things, included a $4 million rules amendment requiring the Justice Department to reestablish ATJ.

In proposing the amendment, U.S. Rep. Mary Gay Scanlon, D-Pa., noted the bipartisan appeal of ATJ's mission: "To help the justice system efficiently deliver outcomes that are fair and accessible to all, irrespective of wealth and status."

But at the time of its demise, some Republican lawmakers alleged the office's role in crafting DOJ litigation settlements allowed staff to funnel money toward political allies, "a terrible abuse of power."

Larry Tribe, a professor emeritus at Harvard Law School and ATJ's first senior counselor, told Law360 that if the office were still functioning, it could have lobbied for more legal services in COVID-19 relief measures.

"Matching [available] resources with the people and places that need them requires a network that an ATJ office would be invaluable in organizing," he added.

The office actually did develop such a network, known as the White House Legal Aid Interagency Roundtable, or LAIR. It brings together representatives from 22 different executive branch agencies to plan and develop policy focused on criminal indigent defense and civil legal aid.

The roundtable group is supposed to meet three times each year, according to the September 2015 memorandum that established it; since the ATJ office closed, It's met just twice total.

In October 2018, Law360 filed a Freedom of Information Act request for records of access to justice work at the Office of Legal Policy, the wing of DOJ that assumed ATJ duties when it closed.

No records have yet been provided, but last week, a DOJ spokesperson provided a "nonexhaustive list" of access to justice work that's been initiated in the past three and a half years.

The list identified the three LAIR meetings as well as a redesign of the federal court records website PACER, a summit and know-your-rights presentation on elder abuse, three speeches at conferences and law schools, and the awarding of $35 million in grants to support housing for victims of human trafficking.

Notably absent from the list is any mention of filing statement of interests, which ATJ did in dozens of cases. There's also no talk of indigent defense, fines and fees, the right to counsel, or civil legal aid for anyone other than veterans, service members, aging people and human trafficking victims — the last of which have actually seen legal aid opportunities restricted under the Trump administration.

When word first got out that ATJ was winding down, the American Bar Association, U.S. Sen. Cory Booker, D-N.J., and the National Center for Access to Justice all lamented its closure.


But for U.S. Sen. James Lankford, R-Okla., and former U.S. Rep. Bob Goodlatte, R-Va., it was good riddance — "Access to Justice was not blind" they opined in a March 2018 article for The Hill.

The GOP lawmakers highlighted the fact that, under Obama, DOJ prosecutors directed more than $1 billion dollars to third-party organizations via mandatory donation clauses in settlements with defendants like big banks and energy companies.

ATJ officials helped draft several of those deals, including a 2014 agreement with Citigroup Inc. over its part in the 2009 financial crisis.

In an email, Karen Lash, then ATJ's acting senior counselor, recommended the clause about state bar association-affiliated intermediaries as a way to avoid "allowing Citi to pick a statewide intermediary like the Pacific Legal Foundation (does statewide pro-conservative property-rights free legal services)."

Goodlatte had previously raised questions about ATJ in a March 2017 letter to the U.S. Government Accountability Office.

He specifically requested whether there was duplication between ATJ, the Legal Services Corporation and an entity called the State Justice Institute, which provides grants to state court administrators.

"To our knowledge, ATJ does not award funding to provide services to indigent persons, whereas the Legal Services Corporation and the State Justice Institute can award funding for this purpose," the office's formal response states.

Goodlatte could not be reached for comment and Lankford's office did not respond to repeated requests for comment on the ATJ office.

For her part, Lash said her email was taken out of context.

"It said nothing about what organizations would actually receive donations — only that the number one priority should be that the organization was a neutral decision maker, not on the right or the left," she told Law360.

Lash also said the Citi settlement was a tiny fraction of the office's activities, which largely comprised of filing amicus briefs and statements in civil rights cases, issuing guidance about topics like fines and fees and juvenile justice, launching and staffing the White House LAIR and participating in international forums on access to justice.

Deborah Leff, a former U.S. pardon attorney who briefly led the ATJ office from 2012 to 2014, told Law360 that its statement of interest practice was especially groundbreaking.


"It was a completely new idea for the DOJ," she said. "You always hear about the DOJ being an agency of prosecutors, but it's fundamentally supposed to be an agency devoted to justice. Part of that is prosecuting ... and part of that is making sure everyone has their constitutional rights protected."

[The DOJ] is fundamentally supposed to be an agency devoted to justice. Part of that is prosecuting ... and part of that is making sure everyone has their constitutional rights protected. 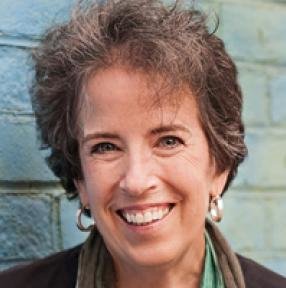 The office's statement in a case called Wilbur v. City of Mount Vernon

, for example, took no position on the merits of claims that poor people accused of crimes had been systematically denied the right to counsel.

It did advise the court that any ruling for the plaintiffs should include the appointment of an independent monitor to ensure compliance, and the 2013 injunction that ultimately ensued did exactly that.

Under Trump's administration, DOJ positions have changed. The department has eliminated guidance to states about supporting public defenders, not just police and prosecutors, with federal criminal justice grant funding.

On the civil side, Trump recommended the complete elimination of the Legal Services Corporation — America's largest single funder of legal aid — in every budget he's proposed. The stated reason each time has been "to put more control in the hands of state and local governments that better understand the needs of their communities."

Former Attorney General Jeff Sessions also rescinded 24 DOJ guidance documents in December 2017, including several on best practices for court fines and fees written by ATJ staff. At the time, Sessions cited "the rule of law" and argued the office was out of bounds issuing noncongressionally approved directives.

"In previous administrations, agencies often tried to impose new rules on the American people without any public notice or comment period, simply by sending a letter or posting a guidance document on a website," he said. "That's wrong, and it's not good government."

"No one has suggested it isn't black letter law," she said.

'Needed Now More Than Ever'


"The Office for Access to Justice did not exist when I was last at the department," Barr replied, before adding that he would ensure the continued mission of helping "the justice system deliver outcomes that are fair and accessible to all."

Since then, Barr has not moved to relaunch ATJ, opening the door for Scanlon's proposal to legislatively re-create it.

At least 18 different advocacy groups supported the idea of reestablishing ATJ in the weeks leading up to last month's vote.

In previous administrations, agencies often tried to impose new rules on the American people ... simply by sending a letter or posting a guidance document on a website. That's wrong, and it's not good government. 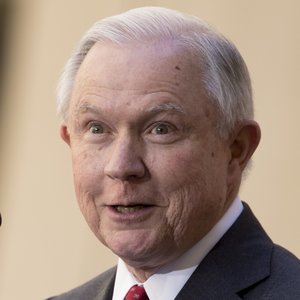 Gupta, now the president and CEO of the Leadership Conference on Civil and Human Rights, said the COVID-19 pandemic has put millions of people "in jeopardy of losing their housing, health care, government benefits and social services — unless they have adequate legal assistance."

"The pandemic has also exacerbated the crisis in the provision of indigent legal defense," she added. "The Justice Department's Access to Justice office must be restored and strengthened in order to coordinate the federal response to these glaring deficiencies in legal representation ... [it's] needed now more than ever."

Steve Schulman, co-president of the Association of Pro Bono Counsel and the pro bono partner at Akin Gump Strauss Hauer & Feld LLP, also signaled support in a letter to House representatives. In an interview, he recalled attending monthly meetings with the Obama White House, the U.S. Department of Homeland Security and ATJ staff.

"While many of us disagreed with the family detention policy that Obama started, we were able to discuss how we as advocates could ameliorate some of the problems we were seeing," Schulman told Law360. "We had disagreements but we met and resolved issues — Vice President Joe Biden was especially engaged on these issues."

In his campaign for president, Biden has not mentioned the Office for Access to Justice, but U.S. Sen. Elizabeth Warren's presidential platform included a pledge to reopen it. While neither presidential candidate's campaign responded to a request for comment on the office, Schulman indicated confidence that there could be changes if Biden is reelected.

"I would be surprised if Biden did not reestablish it," he said.

In the meantime, many of the former ATJ staffers have gone on to continue its mission outside the bounds of DOJ.

Foster co-founded and directs the Fines and Fees Justice Center, which advocates for more equitable justice financing practices nationwide. Leff is a senior adviser at the Equal Justice Initiative.

Jweied, who now serves as senior fellow at the Center for American Progress, said the pandemic and the recently heightened awareness of racial bias in the justice system "really puts in stark relief why an office for access to justice is needed."

"The reality is that the federal government's response needs to be more holistic with respect to the legal needs of low-income and underrepresented people," she said. "Not having an office considering the issue of access to justice right now is a problem."

Correction: A previous version of this story misstated the number of Legal Aid Interagency Roundtables since Trump took office and when ATJ guidance documents were rescinded. The errors have been corrected.