Virtual Courtrooms Prove To Be Both Curse And Blessing

For New York City criminal defense attorney Elena Fast, the inside of a courtroom before the pandemic was always a "very magical place."

"A criminal case court is where justice prevails and that's where cases get resolved in a fair way," Fast, of The Blanch Law Firm, told Law360.

Fast even relished the daily rituals of dressing up, commuting and waiting in line to enter the courtroom.

But as in the rest of the country, most cases in the city's Criminal Court have been handled virtually since the end of March.

"Now with virtual court, it seems that everything is done from your house and you have children running around and you have other obligations," Fast said.

Fast acknowledged that the court process is now sometimes quicker, but it comes with a cost.

She said the shift to virtual courtrooms has been disrupted by the technology itself.

People don't have the proper video equipment and we have sound issues and computer issues. And sometimes if one of the parties is having issues, we can't do the case. 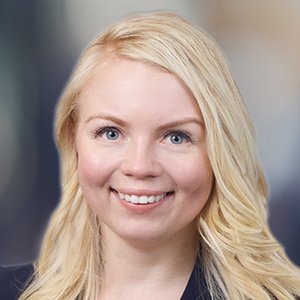 "People don't have the proper video equipment, and we have sound issues and computer issues," she said. "And sometimes if one of the parties is having issues, we can't do the case."

In one case a prosecutor in Queens had internet outages and it took the district attorney's office 30 minutes to get a replacement prosecutor, Fast said.

"I've been on court appearances when a public defender gets on and says, 'Hey judge, my client only can join by phone because they don't have a webcam or they don't have reliable internet access,'" she said.

White collar practitioner Daniel F. Wachtell told Law360 that he had a civil case in state Supreme Court in the fall where one of the parties wasn't able to fully participate in a hearing because of tech problems and had to submit comments by email.

"People are trying very hard and are doing an excellent job of keeping cases moving along, but it's not always perfectly smooth," Wachtell said.

Criminal defense attorney James A. Schiff told Law360 that some defendants are less familiar with technology, as was the case with a client of his who couldn't access the video feature on Microsoft Teams during a hearing in in October.

"[He] just couldn't do it," said Schiff. "I was on the phone with him representing that, and the judge stayed a bench warrant until the next time, when the client was able to do it successfully."

And in a case in Manhattan federal court New York in August, Schiff said the prosecutor had bad reception and the court reporter couldn't record comments.

"By the time the court reporter actually mentioned that there was an issue, we then had to go back several minutes and let the prosecutor do it again after he found an area where there was better reception," Schiff said. "And he was calling in because he was having video problems."

As the courts went virtual, Fast said, she saw a slowdown in cases and a resulting backlog. In Manhattan, Queens and the Bronx, she said the only cases held in today's virtual courts are ones that will reach resolution that day.

"While early on there were some technological issues, more of a lack of familiarity with Skype or more recently Microsoft Teams, which we migrated to, now judges, attorneys and litigants have become used to virtual proceedings," Chalfen said.

And Danielle Hirsch, a principal court management consultant with the National Center for State Courts, told Law360 she doesn't think courts have slowed down, saying many court systems in states such as Florida, Arizona, Illinois and Texas may have actually had more hearings during the pandemic.

"We've heard, at least anecdotally, that there's been a huge spike in participation rates in court proceedings, which has been a really wonderful boost in public engagement with the courts," Hirsch said.

We hope over time to be able to, thorough evaluation and data collection, really quantify how some of these technical changes have led to good things across the country. 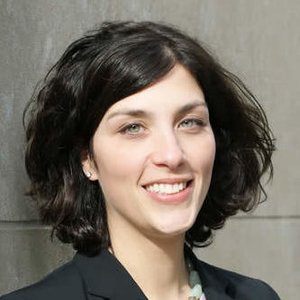 "We hope over time to be able to, thorough evaluation and data collection, really quantify how some of these technical changes have led to good things across the country," Hirsch said.

A 2020 report from the Texas Judicial Council's Public Trust & Confidence Committee found that judges in the Lone Star State fully adapted to technology and held about 500,000 cases with 1.5 million participants between March and September.

Additionally, the report found that judges experienced more participation from litigants due to the ease of using the video platform Zoom.

Instead of technology, Hirsch said the real culprit could be budget cuts.

"Court systems in Oregon, California, Michigan and Ohio have reduced hours for certain kinds of court operations," Hirsch said. "Some have closed courthouses, and some have implemented other kinds of furloughs or cost-cutting measures."

"It has nothing to do with tech issues," Chalfen said. "It has to do with virtual calendars being logistically harder to coordinate for everyone, but particularly the defense attorney and defendant."

To resolve any technology-driven delays, Fast said state courts in New York City should adopt an appointment system for cases, similar to those in federal courts or other state courts in different jurisdictions.

"I have a case up in Jefferson County, which is on the Canadian border, and the judge schedules everyone in 15-minute increments," Fast said. "I've had a phenomenal time doing the video court in Jefferson County because I know what time the case is, there's really no wait time, it's been very smooth and very seamless."

The New York state system does not make appointments and that each county can stagger its own appearance times, but Chalfen pointed out that Jefferson County has the population of a single New York City neighborhood.

In fact, state courts in cities across the country, such as in Miami-Dade County, have largely adapted well to virtual proceedings.

"They've developed a pretty innovative court scheduling technology to allow the bench to schedule hearings on their own, and they have embraced Zoom," Hirsch said.

A potential bright spot in the backlog of cases is that Fast said she is getting  better plea deals and more dismissals from the district attorney's office.

In a current felony case, the prosecutor knocked criminal charges down to just a violation, with the stipulation that her client get substance abuse treatment, she said.

"Before COVID, that was not even a conversation," Fast said.

Even with the backlog, Fast knows that virtual court is the best option for now.

"I'd rather have some court than no court in terms of moving cases along," she said.