Public defender offices across the U.S. are under-resourced and underfunded. On top of that, the criminal cases public defenders take on can involve sifting through hours upon hours of visual and audio evidence.

A pair of software engineers are building an app for that. 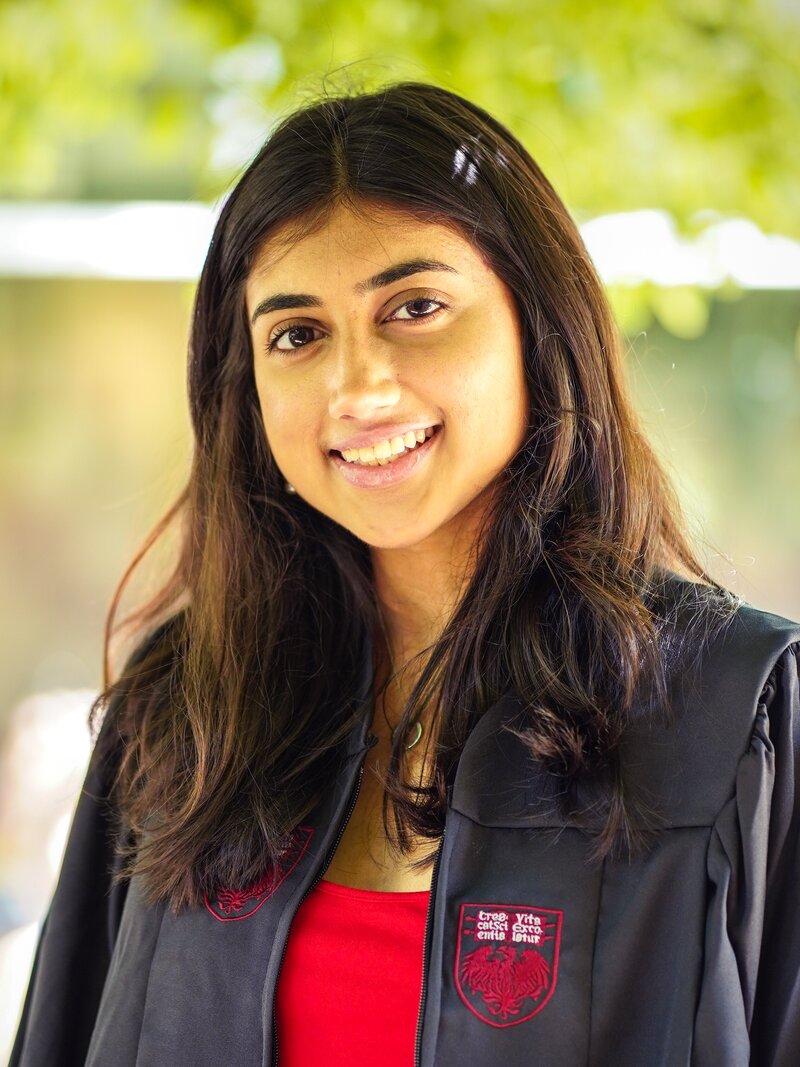 Devshi Mehrotra and Leslie Jones-Dove began work on JusticeText, an audiovisual management software platform, in 2019 while they were students at the University of Chicago. The platform is designed to help public defenders and defense attorneys more effectively comb through hours of video and audio evidence by automating transcripts and using other tools to spotlight key information. Through pilot programs, JusticeText has partnered with public defender offices in regions including New York, Washington, D.C., and Maryland.

Mehrotra, who serves as JusticeText CEO, said the idea for the technology stemmed from the activism around criminal justice reform taking place in Chicago and nationally throughout her college years. She added that she was shocked by the realities of the public defense system covered in Michelle Alexander's book on mass incarceration,"The New Jim Crow: Mass Incarceration in the Age of Colorblindness."

But the specific goals of JusticeText did not begin to form until she and Jones-Dove took a class on entrepreneurship as seniors. Mehrotra said she used the class as an "excuse" to meet with the Cook County public defender's office and find out what challenges they're facing.

"As two computer scientists, we had no clue what the needs of public defenders are," Mehrotra said. "We just asked what we could do to be helpful."

Mehrotra said she began working on the software full-time in June 2020 after getting a master's degree. The fledgling company, which includes Jones-Dove and two contract engineers, has secured grants from the University of Chicago's Institute of Politics and investments from programs including 500 Startups and Stand Together Ventures Lab. The product is still in pilot mode, Mehrotra said, though it's nearing an official launch date.

In an interview with Law360, Mehrotra opened up about the company's origin story, how it is using software to support public defenders and why she ultimately decided to devote her efforts full-time to this product. The interview has been edited for length and clarity.

Could you explain the origin story behind JusticeText?

A lot of my and my co-founder's background is in software engineering, but I would say that during my time as a student I spent a lot of time really engaging with activism that was taking place in the city around criminal justice reform. I reached a point where that was something I was thinking about, day in, day out. Michelle Alexander's book, "The New Jim Crow," is one of those books that had a profound impact on me. She had written a couple pages about the public defense system and I was just shocked I had so little idea about the importance of the public defense system. And also I had little to no idea about the incredible structural challenges that it faces.

As someone who was angered on the sidelines at the time, I also reached a point where I thought I really wanted to do something. I had no idea how to be helpful, but Leslie and I ended up taking a class together which was focused on entrepreneurship. I kind of used that as my excuse to get started. We literally just showed up at a public defender's office and during that first conversation with them, we discovered the problem we're now focused on, which is dealing with the incredible hours of audio and video evidence and trying to make sense of it.

I was really excited by the space of machine learning and AI. My freshman year summer, I went to China to work in a research lab and the project they gave me was a computer vision project. I had no clue what computer vision was and what the field of machine learning was. But I just started reading on my own, started reading a ton of open source material, doing tutorials and I fell in love. I was so excited by the field. The summer after that I worked at Google Brain, which is like Google's AI team. That just helped take my interest and passion to a whole different level. And I saw a lot of the applications that this technology could have on social impact.

I realized that there are so many resources and so much innovation taking place, but when I come back to school it's just shocking for me to see how little of that same energy is being directed towards our public institutions. That was definitely a spark to try to do something about that.

After you got a sense of the challenges public defender offices face as it relates to audio and video evidence, what were the next steps you took to create JusticeText?

We realized that one easy step that we could take is just to transcribe the information, because digesting written text is quite a bit faster than having to listen to long streams of audio. And we knew straight off the bat there are lots of open-source tools to digest speech, to digest audio streams. And we were like, "You know what? We can start building an initial prototype." We just went back to school and started building that first prototype.

We were very fortunate because the Cook County public defender's office invited us over and had us present that first prototype to a group of 10 public defenders and then gave us feedback. They were kind enough to offer their time and we went back to school and started to build version 1.0 of JusticeText. That was our immediate next step.

Since that first prototype, how has JusticeText evolved and what capabilities does it offer public defenders?

When an attorney logs into JusticeText and uploads audio or video into our system, it generates an automated transcript. Every single word in that transcript is tagged to a certain part of the video. You can click on any word you see and go exactly to the point in time at which it was said. You can go in and highlight words you're interested in, immediately export them as MP4 clips. You can take time stamp clips. And we make it really easy to tag and organize the data. You can organize it by the speakers, the evidence type. It's really a productivity tool for getting through audio and video discovery as quickly as you can.

How are public defender offices using your product?

In Queens, we've created accounts for all 60 attorneys in their office. In Washington, D.C., we've created accounts for about 15 investigators. One attorney said that before reviewing any bodycam, he uploads it to JusticeText first. We have another attorney who's using it a ton for jail calls, because oftentimes they get dumped with hours and hours of jail calls a couple days before trial.

The main area where we need to continue improving is the accuracy of the transcript itself. If it's a poor-quality audio, there's very little we can do.

What was going through your mind when you ultimately decided to fully commit to this?

By the time I graduated, I had interned at a lot of Big Tech companies: Facebook, Google, Microsoft. It was very clear to me by the end of those four years that that's not what gave me fulfillment. In college, I had so much agency over my time, and the idea that after graduating I would somehow have to give that up entirely, be disassociated with the consequences of what I'm building, what I'm working on, that was terrifying.

The idea of working on JusticeText was equally terrifying. I had a lot of anxiety around that decision, but I graduated in a time where it felt like the world was collapsing. The resurgence of the Black Lives Matter movement, all the injustices that were taking place under the Trump administration, I was so angered and frustrated that I was like, "I can't just sit around. I have the privilege of being able to live with parents. I recently graduated, I don't have a child to take care of. If not me and if not now, when?" It wasn't an easy decision, but I would say the circumstances played a very big role in taking that leap ultimately.

What are your goals for this year and beyond?

We will be launching pretty soon, so coming out of pilot mode is going to be a huge goal. We'd love to roll out in at least two states. I think that's the goal we've set for ourselves. We'd like to start to see traction in the private criminal defense world as well, because we've realized along the way that a lot of the challenges private criminal defense attorneys deal with are very, very similar to public defenders.