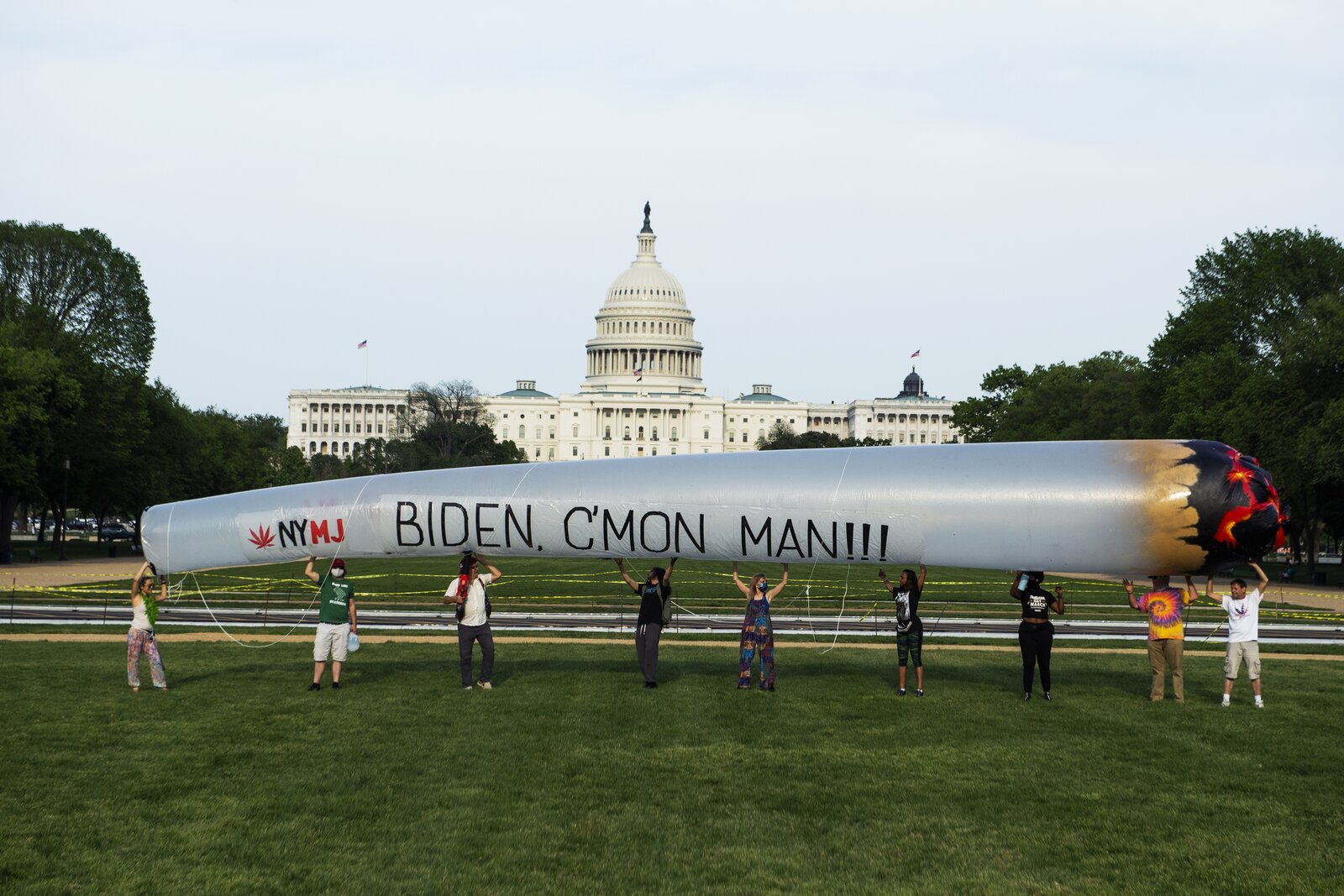 Criminal justice reform advocates are frustrated that President Joe Biden hasn't made more progress on his reform campaign promises during his first six months in office and hasn't laid out his plans for fulfilling these promises. (Tom Williams/CQ-Roll Call, Inc via Getty Images)

Advocates for ending mass incarceration and mandatory minimum sentencing would have liked Biden to do more than just talk about criminal justice reform in his first six months in office, but they are even more frustrated by the fact that he isn't loudly advocating for reform and isn't letting people know when he will act on his reform promises.

Andrea James, a former criminal defense attorney turned activist who voted for Biden, attended a White House virtual discussion in May about how the Biden administration can reduce incarceration and better help the formerly incarcerated reenter society, shortly after Biden's first 100 days in office. At the time, the administration didn't give her any indication when Biden would start granting clemencies to incarcerated people serving lengthy sentences.

James has been fighting for clemencies through her organization, the National Council for Incarcerated and Formerly Incarcerated Women and Girls. She is the executive director of the national council that launched the #FreeHer campaign seeking clemency for 100 women within Biden's first 100 days.

More than two months later, she hasn't received an update from the administration, James told Law360. But Biden promised during his presidential campaign that he would use his presidential clemency power to secure the release of individuals facing unduly long sentences for certain nonviolent and drug offenses.

"The president can do this with the stroke of a pen and there is absolutely no reason to wait," James said.

Criminal justice advocates acknowledge that Biden started his presidential term with a full plate of pressing issues to address: the COVID-19 pandemic, an economic downturn, extreme political division and a migrant crisis at the southern border that could have sidelined criminal justice reform in his administration's early days. And now, six months later, Biden's administration is still grappling with these issues in addition to combating a spike in homicides and surges in coronavirus cases in areas with low vaccination rates.

But advocates and experts say that Biden could at least publicly support more criminal justice reform legislation that has been introduced in Congress and dispel myths being perpetuated by some Republican lawmakers that releasing people from prison increases crime.

President Joe Biden made more than 100 criminal justice reform promises during his presidential campaign. Here are the promises that he has made progress on since his first 100 days in office.


When the Senate Judiciary Committee was considering advancing the First Step Implementation Act in June that would allow incarcerated people to petition for retroactively reduced sentences, Texas Republican Sens. John Cornyn and Ted Cruz said that releasing people who committed violent offenses from prison sooner than they had been originally sentenced was dangerous. The judiciary committee voted to advance the bill after amending the proposed legislation to exclude violent drug felonies.

The president has a really loud microphone and his supporting those kinds of initiatives are critical to build momentum ... to get these bills done. 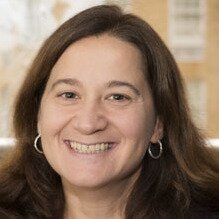 Kara Gotsch, deputy director of the Sentencing Project, a nonprofit research organization that advocates for ending mandatory minimum criminal sentences, said that Biden could have helped advance that bill by articulating to lawmakers that the current spike in homicides isn't being caused by people who have served decades in prison for committing violent offenses.

"The president has a really loud microphone and his supporting those kinds of initiatives are critical to build momentum and prioritization in leadership, in the House and the Senate, to get these bills done," Gotsch said.

Gotsch noted that after Obama visited a federal prison during his second presidential term, lawmakers were energized to pass criminal justice reform. Obama's action was mostly symbolic, but it moved Americans and Congress, she said.

A spokesperson for the White House did not respond to requests for comment about the Biden administration's process on criminal justice reform.

In his inaugural speech, Biden said, "We can deliver racial justice," and in his 100-day address, he said the country needs to come together to "root out systemic racism in our criminal justice system" and explicitly called for Congress to pass the George Floyd Justice in Policing Act that aims to increase accountability for law enforcement misconduct. The proposed law is one of the few criminal justice reform bills that Biden has personally publicly endorsed and is waiting for a vote in the Senate after passing in the House.

Biden has also repeatedly urged Congress to pass gun control legislation, including two bills introduced in the House that would close gun background check loopholes. One of his key drug policy advisers, meanwhile, testified in June in support of the Eliminating a Quantifiably Unjust Application of the Law Act, or EQUAL Act, that would end the sentencing disparity between offenses involving crack and powdered cocaine.

In July, Biden also voiced his support of recommendations made by a U.S. Department of Defense commission that investigated the military's handling of sexual assault cases. One of the recommendations included removing military commanders from the prosecution and investigation of sexual assault cases. Sen. Kirsten Gillibrand, D-N.Y., proposed taking this measure in the Military Justice Improvement and Increasing Prevention Act.

But saying that America needs to "root out systemic racism in our criminal justice system" isn't the same as saying that people don't need to serve decades in prison for all violent offenses and that research shows that the recidivism rate of people who have committed violent crimes after serving decades in prison is low, and that is what Biden needs to be saying, Gotsch said.

"There is a role for the president to play in laying out the facts about where we are in the history of crime rates in this country and putting this all into perspective," she said.

Most recently, in Biden's crime prevention plan, the president proposed creating more summer programming for youth, providing job training and opportunities to formerly incarcerated people, scaling up "wraparound services" like mental health care and substance abuse treatment and investing in community violence intervention programs. Advocates and experts have been pushing for these kinds of programs as alternatives to greater policing in high crime areas that leads to more arrests and incarceration.

While Biden's plan stipulated that billions of dollars from the American Rescue Plan could be used for these types of programs, $350 billion of that same funding could also be used to hire more police and invest in more equipment for those officers to crackdown on illegal gun sales. Criminal justice experts and advocates have criticized Biden's plan, saying that research shows that investing more money into law enforcement doesn't prevent crime and leads to disproportionate criminalization of people of color.

Udi Ofer, director of the American Civil Liberties Union's justice division, said that Biden's crime prevention plan doesn't recognize that the majority of what police do is arrest people for low-level offenses like drug possession, and these arrests don't stop homicides and gun violence.

"President Biden has invested so much political capital in laying out his crime prevention plan, and we have not seen the same sort of commitment laid out for criminal justice reform and for police accountability," Ofer said.

A lot of people are waiting to hear him say loud and clear that he recognizes the flaws in the justice system and genuinely wants to help fix them. 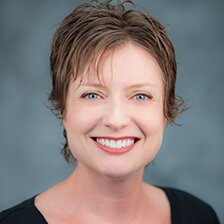 Some experts say that Biden's silence on criminal justice reform could be a calculated political move to straddle party lines and keep members of his own party together. Republicans and Democrats are in disagreement about police reform. Progressive Democrats are calling for defunding the police and older party members fear that is too radical a move, according to Jacinta Gau, a criminal justice professor at the University of Central Florida.

"Seasoned politicians like Biden may believe that the safest option is to stay the course and do what worked for the party in the past," Gau said, adding that the president still needs to let his young voters and voters of color know that he remains committed to criminal justice reform. "A lot of people are waiting to hear him say loud and clear that he recognizes the flaws in the justice system and genuinely wants to help fix them."

Another reason for Biden's silence could be that his administration is earnestly planning and laying out the groundwork to tackle his criminal justice reform promises. James of the National Council said that, in the White House's virtual discussion in May with formerly incarcerated leaders in the criminal justice reform space, Biden's advisers took a lot of notes and said that the administration was working on creating a process for granting clemencies.

Biden issued a May memo instructing Attorney General Merrick Garland to create a plan for the department to expand its access to justice work, and reestablishing the White House Legal Aid Interagency Roundtable, whose mission is to address issues around legal representation. The president also instructed the DOJ in April to create a proposed rule for stopping the dissemination of untraceable guns, or so-called ghost guns, and create model legislation for state "red flag" laws that would allow law enforcement to get court orders to temporarily bar individuals who may be a threat to other people from obtaining firearms.

In July, Garland temporarily paused federal executions to review the Justice Department's death penalty policies and procedures that were implemented under former President Donald Trump's administration. In June, he rolled back Trump-era policies making it difficult for domestic violence survivors to seek asylum in the U.S.

Biden said during his campaign that he would end the federal death penalty, making this a promising development, and pledged to restore asylum eligibility for domestic violence survivors. But, disappointing death penalty abolitionists, the DOJ asked in June for the U.S. Supreme Court to reinstate the death penalty for Boston marathon bomber Dzhokhar Tsarnaev.

Rumblings of Biden's early plans for handling criminal justice reform-related issues has already sparked outcry from lawmakers and advocates. A coalition of 20 advocacy organizations sent a July 19 letter to Biden urging him not to reimprison people who were released to home confinement during the pandemic and instead commute their sentences.

"On the campaign trail and during your presidency, you have spoken about the importance of second chances," the organizations said in the letter. "This is your opportunity to provide second chances to thousands of people who are already safely out of prison, reintegrating back into society, reconnecting with their loved ones, getting jobs and going back to school."

Even though advocates and experts want Biden to move more quickly on criminal justice reform, they also don't want him to make reactionary "tough on crime" policies that have been devastating for communities of color and led to mass incarceration. However, they say Biden and his administration don't need to "reinvent the wheel" on criminal justice reform because organizations and scholars have already done the research on what works and what doesn't work. The administration just needs to follow their lead, they say.