The National Homelessness Law Center last week released a report on the prevalence of state laws that punish or prohibit the activity of unhoused persons, such as 24 states restricting panhandling in public places. 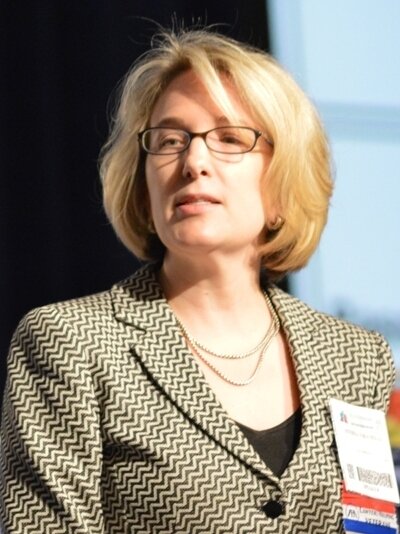 The report, which was made in connection with Dechert LLP, Kirkland & Ellis LLP and Sullivan & Cromwell LLP, also found that the laws disproportionately affect Black, Indigenious and other people of color.

For Antonia Fasanelli, the National Homelessness Law Center's recently hired executive director, the legislative movement is just one of the many legal challenges in addressing the nation's growing homeless rates.

Earlier this year, the U.S. Department of Housing and Urban Development reported that the number of people experiencing homelessness increased significantly in 2020, with over 580,000 unhoused persons reported in a single night in the country, an increase of 2.2% from 2019.

The data came from January, before the most recent repeal of eviction moratoriums across the country that stemmed from the COVID-19 pandemic.

Fasanelli has been at the forefront of these issues throughout the year, taking over as the Law Center's executive director in April. She joined the Washington-based center from the Homeless Persons Representation Project in Baltimore City, where she had been executive director since 2007.

Here, Law360 speaks with Fasanelli about her tenure as director so far, the projects and partnerships the organization has focused on this year and the current state of the criminalization of homelessness.

How has your time as director been so far?

Fantastic. The Law Center is an organization near and dear to my heart. I actually worked at the Law Center as an [Americorps VISTA Outreach Coordinator] 25 years ago, and seeing and witnessing the tremendous work of the attorneys of the organization inspired me to go to law school, so it's a deep honor for me to return to the organization.

What are some big projects you've been working on this year?

The Law Center very much serves as the legal arm of the national movement to end homelessness, and we envision that role as very much supporting national, state and local organizations working to end homelessness and supporting the movement by providing legal support to many of the activities occurring. The Law Center has focused on three primary areas: the promoting the human right to housing and all aspects of it, protecting and defending the constitutional and civil rights of persons experiencing homelessness, and working to end youth homelessness.

We are very excited and enthusiastic that the president and the current federal administration have repeatedly stated that the goal for federal housing policy is the human right to housing. And we are working with the federal administration to actualize and implement those concepts. On the protecting the constitutional and civil rights of persons experiencing homelessness, we are actively involved in litigation around the country protecting the rights of unhoused persons from attack, from arrests and destruction of encampments when communities are not prioritizing housing and instead trying to remove people experiencing homesslessness by arresting them.

Has there been more cooperation at the federal level?

Have there been new challenges this year related to the pandemic compared to 2020?

When the pandemic hit, the Law Center advocated and worked with the Centers for Disease Control to issue guidance that local communities should not remove persons from encampments, because given the contagious nature of the virus it was actually safer for folks to be living in individual tents, separated and distanced from their neighbors, rather than shelters which tend to be congregate facilities. And if the local community was not going to provide hotel space or housing, those encampments would be a safer alternative. And the virus is obviously still continuing, but what we're starting to see, and this is certainly occurring in Washington, D.C., is that those original commitments to leave folks in encampments or open up hotel space for them are really ending. And D.C., for example, has actually been involved in removing encampments without providing housing to everybody who lives in them, even though the virus continues and continues to mutate. So there appears to be from a policy perspective a lack of commitment to the human right to housing, which was previously at least given some support a year ago.

A big issue in general is the eviction moratorium. Has that played into your work this year?

Certainly. There's no question, in particular on the housing front, the Law Center has been partnering with the organization Poverty and Race Research Action Council ... as well as ACLU National to try to ensure that folks utilizing government assistance including rent relief are not facing discrimination from their landlords. So we have been focusing on state and local laws that prohibit housing discrimination based on lawful sources of income.

You have a new report about criminalization of unhoused people, can you talk a little about that?

Absolutely. The Law Center has historically tracked cities around the country that have laws that criminalize homelessness, laws that essentially punish unhoused persons for simply being homeless. For example, they might be laws that restrict sleeping in public, or restrict sitting or lying down in public, or restrict living in a vehicle, which is a growing issue around the country as housing has become more unaffordable. The Law Center had historically tracked cities that had laws that restricted that kind of activity, and this report tracks states that have state laws that restrict this activity. And we found that 48 out of 50 states and the District of Columbia ... have at least one law restricting behaviors that prohibit or restrict the conduct of people experiencing homelessness.

Is there a systemic racist undertone to some of the laws as well, like vagrancy laws?

Absolutely, for sure. And the reality is, we have homelesness all around the country, and in most locations there are not enough shelter beds, and there is no location in the country where we have enough affordable housing for everyone. People have to go somewhere, and the minute you start having laws that prohibit sleeping in public you are essentially punishing people simply because they do not have a home of their own, even when the community does not provide enough housing. And that has a long history of punishing people for activity that is not their fault, and it certainly disproportionately impacts persons of color.

How is the organization contending with these laws?

There's a competitive market right now for hiring associates; is it challenging getting attorneys, or is there a healthy pipeline?

We are very lucky to have a tremendous pro bono network of lawyers and law firms committed to either doing pro bono case work with us or doing some of the research to support our reports or doing other kinds of research. Anyone interested in doing pro bono work with us, I invite them to contact me and I'll be glad to put them in touch with our pro bono manager, whose name is Carlton Martin. We also have a special community of lawyers who do pro bono work and donate to support the organization, and we would be delighted to include new attorneys and firms to that group, as well as corporate counsel.

Looking ahead to 2022, do you have any goals or predictions?

The Law Center will continue to be committed to defending the rights of people experiencing homelessness while we advocate for housing as the solution to homelessness. Even though we see new COVID variants, that will not deter us from our ultimate goals.