Law360 (April 25, 2018, 11:13 AM EDT) -- A New Haven federal jury on Wednesday acquitted a former UBS trader accused of scheming to manipulate the precious metals futures market with "spoofing," a trading tactic that involves the use of allegedly deceptive bids or offers to feign the appearance of supply or demand. 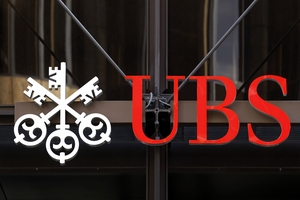 A former UBS trader has been acquitted of charges that he conspired to commit commodities fraud through a spoofing scheme. (AP)

Andre Flotron, 54, faced one count of conspiracy to commit commodities fraud for allegedly plotting with others to enrich themselves and UBS AG through a roughly five-year spoofing scheme starting in 2008, while he was working on the Swiss bank's precious metals trading desk in Stamford, Connecticut.

The jury delivered its verdict one day after the trial concluded with closing arguments during which Marc Mukasey, an attorney for Flotron, criticized the government's case as "prosecution by statistics" and told jurors that they had a "golden opportunity to do justice."

"We are thrilled," Mukasey told Law360. "Justice was done. Government overreach is pushed back."

A spokesman for the U.S. Attorney's Office for the District of Connecticut told Law360 in a separate email that the prosecutors "respect the jury's verdict."

Wednesday's result marks the first acquittal for a criminal case related to alleged spoofing, which is itself a relatively new crime. Spoofing was banned by the 2010 Dodd-Frank Act, yielding the first criminal conviction in 2015, when an Illinois federal jury found high-frequency trader Michael Coscia guilty of six counts of commodities fraud and six counts of spoofing.

The conviction was later affirmed by the Seventh Circuit, but Coscia is trying to appeal the case to the Supreme Court.

Flotron, a Swiss national, was initially hit with a complaint from prosecutors in September that alleged he and other unnamed co-conspirators "devised, executed and participated" in a spoofing scheme from at least July 2008 to November 2013.

According to prosecutors, Flotron would place a small buy or sell order close to the prevailing market price for a particular precious metal futures contract on the Commodity Exchange Inc., or COMEX, and then place an order at least 10 times as large on the opposite side of the market, ultimately canceling this larger opposing order seconds later after at least part of his original order was executed.

Flotron pled not guilty after he was arrested and indicted in September on one conspiracy count, but a Connecticut grand jury returned an additional six counts of commodities fraud and spoofing in a superseding indictment issued in January.

Those six counts, which had been pled as having occurred in Illinois, were dismissed without prejudice for lack of venue in February by U.S. District Judge Jeffrey Meyer, who took the government to task in a ruling for its handling of the case.

Flotron followed up by urging the judge to throw out the superseding indictment entirely, arguing that it pushes the bounds of commodities fraud law "well beyond their legal limits to encompass legitimate and commonplace market conduct."

But Judge Meyer declined, saying in March that there is a "breadth of conduct that may amount to a scheme to defraud."

"Under the most basic laws of supply and demand, it is obvious that placing large orders on one side of a market may impact prices for those who take opposite positions in the same market," Judge Meyer wrote in a ruling. "Because the indictment alleges that this market-altering conduct was engaged in with an intent to defraud and by means of conduct that created a false picture about demand in the market, the indictment adequately alleges facts that constitute a crime within the scope of the commodities fraud statute."

At his trial, which began on April 16, prosecutors presented analysis of Flotron's old trades, identifying several hundred trading sequences that they alleged represented spoofing. Jurors also saw old chats between Flotron's former UBS colleagues, which the government said showed how pervasive the practice of spoofing was in the bank, and heard corroborating testimony from two former UBS traders, including one who claimed that Flotron schooled him in the dark arts of spoofing as part of his training.

"Spoofing was an open secret at UBS," Robert Zink, an attorney for the government, said in closing arguments Tuesday.

But Flotron's team pushed back vigorously against these two witnesses and argued that their testimony couldn't be trusted because they had struck cooperation deals with the government to avoid prosecution themselves.

Flotron's attorneys also sought to paint a different picture of life inside UBS, contending that the environment on the trading desk was too hypercompetitive and individually oriented to sustain a conspiracy. Even if there were some conspiracy out there, none of the chats, emails or other evidence presented by the government documented Flotron agreeing to take part, the defense argued.

The government's trading data analysis, meanwhile, was "prosecution by statistics," according to Flotron's attorneys, who characterized it as an exercise in cherry-picking a few hundred trades out of more than 300,000 that Flotron did and presenting them without full, proper context.

The government is represented by Avi M. Perry, Robert Zink, Michael J. Rinaldi and Matthew F. Sullivan of the U.S. Department of Justice.

Update: This story has been updated with additional details throughout and with a response from UBS.