Looking To Start Over, Storm-Tossed Lawyers Land In Fla. 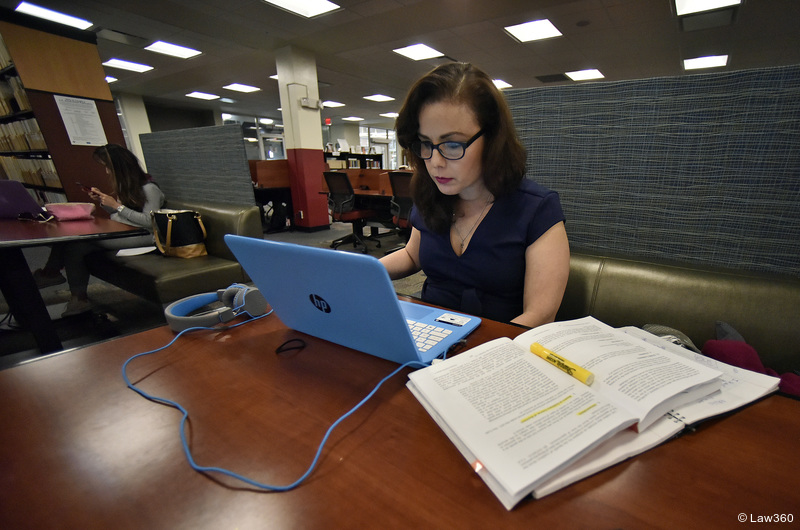 Puerto Rican attorney Evelyn De Jesus found work as a paralegal in Tampa, but is now focusing her time on studying for the Florida Bar exam, which she will take at the end of the month. (Steve Nesius | For Law360)


In Puerto Rico, Evelyn De Jesus had her own law firm and litigated employment and personal injury cases in federal court. In Florida, she has had to patiently explain in job interviews that she is, in fact, familiar with the American legal system.

"They were asking me things like if I knew what common law was," De Jesus said. "They asked if I knew how the American legal system worked, and I explained that I was admitted in federal court, that we respond to the First Circuit, and that we are just like anywhere else in the United States."

De Jesus, who is one of the more than an estimated 150,000 Puerto Ricans who fled the island after Hurricane Maria hit in September 2017, said the experience of starting over has been humbling. But with the help of the Puerto Rican Bar Association of Florida and several agencies and organizations in the state, she and other attorneys have managed to find work and prepare to take the Florida Bar exam this year.

"The whole community came together a lot when the hurricane hit Puerto Rico and really tried to help people establish themselves and find their way," said Michelle Rendon, a Puerto Rican recent law graduate now living in Miami. "People came together in that time of need and they helped. Without that help, it would've been really difficult for someone like me to find a job."

Like many other organizations in the immediate aftermath of the storm, the bar association collected food, clothing and other necessities to send to those suffering on the island, which had a population of about 3.3 million in 2016. But Anthony Suarez, who was the president of the Puerto Rican Bar Association of Florida when Maria hit, said the group wanted to do more.


"We were looking for ways of participating and assisting other than collecting food," he said. "Everybody can do that. I felt the bar could do something different."


The first project — modeled after the post-Hurricane Katrina relocation of hundreds of university students — was placing law students at schools on the mainland so that they would not miss an entire semester.

The bar association worked out arrangements with law schools in the state to waive tuition fees and accept students midsemester, according to Marie Masson, the current president of the Puerto Rican Bar Association of Florida. The organization relocated about three dozen students, including Rendon's brother, to the mainland and helped provide housing for them, Masson said.

But then the association, which was formed in 2003, began getting calls from licensed attorneys looking for help.

"Our website blew up with attorneys from Puerto Rico asking how they can work," Masson said. "People who said, 'I'm an attorney. I'm not licensed in Florida, but I came with my family and I need to work. I'll do anything.'"

The bar association pulled strings, made calls and passed around resumes to help displaced attorneys find jobs as paralegals and clerks.

Rendon, the recent law graduate who settled in Miami, said she met Masson through her brother, who spent a semester at Florida State University School of Law after the hurricane.

"I went to an event, met her, and she helped me out a lot by passing around my resume among her colleagues and people she knew," Rendon said. "I think without Marie's help, I wouldn't be here today."

Rendon is finishing up a clerkship at NBCUniversal's Telemundo division in Miami, where she works with the senior in-house counsel on labor and employment matters at the company. She is planning to take the bar exam in July.

For De Jesus, who is now based in Tampa, the job search was a discomfiting process. She was a solo practitioner in Caguas, Puerto Rico, about 20 miles south of San Juan, before the storm hit. In the aftermath, her client base was just as cash-strapped as she was.


"I had no cash. I lost my income. I lost everything," De Jesus said. "My office got flooded, and the roofing got affected due to the wind. So I had to clean everything." 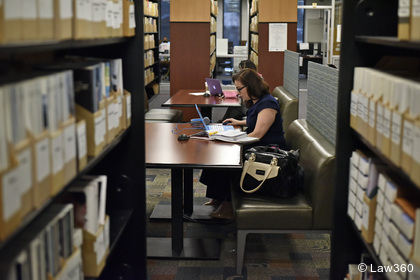 Evelyn Aimee De Jesus was a solo practitioner in Caguas, Puerto Rico, about 20 miles south of San Juan, before the storm hit. (Steve Nesius | For Law360)

She closed up shop on the island and fled with her father to Florida, where she bunked for the first six months in her nephew's room at her brother's home in Tampa.

"The whole family had to adapt while we got settled," she said.

She found a job coach through a nonprofit organization called Tampa Bay Job Links who helped her tailor her resume to the local legal industry and gave her clothing to wear for her interviews.

De Jesus managed to find work as a paralegal at Merlin Law Group PA in Tampa on a contract basis and is now studying to take the bar exam in February.

Law students in Puerto Rico earn Juris Doctor degrees just like their mainland counterparts, although classes are conducted in Spanish, and some aspects of the law, like property law, diverge significantly from those in other jurisdictions because of Puerto Rico's hybrid legal system that merges Spanish law and English common law. Federal court proceedings on the island are conducted in English, while the local courts operate in Spanish.

All attorneys need to do to practice in Florida is pass the state bar exam. But Masson said for seasoned practitioners with many years of experience, that can be an expensive endeavor.

Part of the filing fee to take the exam includes an extensive background check. For young attorneys with less than a year in practice, the fee is $1,000. But for someone like De Jesus, who practiced for 15 years in Puerto Rico, the fee is $3,000 as the bar has to delve into decades' worth of work and often have documents translated.


Masson said the assumption is that an attorney who has been practicing for a long time would have enough money to cover these costs, but for lawyers who lost their practices in Hurricane Maria and spent their savings moving to Florida, there's often no room in the budget for the thousands of dollars it costs to sit for the test and to pay for expensive prep courses.

Anthony Suarez, who was president of the Puerto Rican Bar Association of Florida when Maria hit, said the organization has negotiated a deal for reduced-fee exam prep courses. And the state of Florida, through its career assistance agency CareerSource Florida, is now picking up the tab for filing fees and bar prep courses for attorneys displaced by Hurricane Maria.


That's where De Jesus found help. CareerSource is covering the $5,000 tab for her prep courses and filing fee so that she can take the bar exam this month. She knows of at least six others in the Tampa Bay area who have also found help through the state agency.

"They saw that we were overqualified and underemployed," she said. "They saw that to reintegrate us into the workforce we needed this help. I'm so grateful."

In addition to helping individual attorneys, Suarez said the Puerto Rican Bar Association looked to set up a long-term solution to both the problem of displaced lawyers needing work and displaced Puerto Ricans needing low-cost or free legal services.

The association discovered a clause in the Florida Bar rules that allows out-of-state attorneys to work for one year under the supervision of a licensed Florida attorney while they study for the bar exam. That led in January 2018 to the creation of a legal services clinic staffed by displaced attorneys.

Suarez has now devoted himself full-time to the clinic, where he oversees one full-time and three part-time attorneys in Orlando and two more attorneys in Miami who were all displaced by the hurricane.

So far, the clinic has handled primarily family issues like divorce, custody disputes and guardianship cases as well as some misdemeanor criminal proceedings and domestic violence cases.

"I have to sign all the pleadings, and I'm a criminal and real estate lawyer," Suarez said. "I've had to literally hit the books myself. Before I sign off, I have to know enough because ultimately I'm responsible."

Most clients are Puerto Rican, but Suarez hopes that as word travels, those outside the community who can't afford legal services will come to the clinic.

"Our charter doesn't limit it to Puerto Ricans, but that's how we were born, out of necessity after Maria, so we're going out there trying to help people in those situations," Suarez said.

Carolina Bolado is Law360's senior Florida reporter and co-author of our In-Depth special report on Puerto Rico. Follow her on Twitter. Editing by Jocelyn Allison and Jill Coffey.