The $1B Question: Can Puerto Rico Afford Its Bankruptcy Bills? 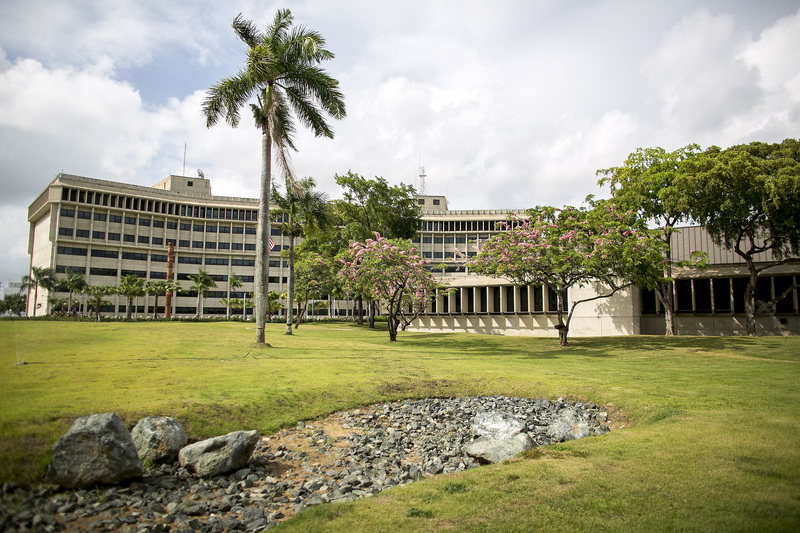 
Last March, the fee examiner scrutinizing law firms and other professional service providers in Puerto Rico's sprawling restructuring proceedings raised a red flag. The group had already sought at least $77 million in fees and costs for the five months on the case, and he didn't seem entirely convinced of the tab.

Why were some professional services firms staffing cases so heavily — two firms he didn't name had each reported more than 125 timekeeping professionals — and sending so many attorneys to hearings?

"It is unreasonable, whether the clients or the professionals make the staffing decisions, to expect compensation for 12 attorneys from a single firm to attend an omnibus hearing at which only one or two were expected to speak," Brady C. Williamson of Godfrey & Kahn wrote in his initial report to Judge Laura Taylor Swain, who is overseeing Puerto Rico's bankruptcy.

Williamson isn't the only one raising the alarm. As Puerto Rico's fiscal board calls for belt-tightening measures across public expenditures, and the island still recovers from the costly devastation of Hurricane Maria, local attorneys are starting to question the fees as well, especially given how much less local firms charge.

"All these legal fees are coming out of the people of Puerto Rico, and all those funds that are going to be spent on legal fees as part of these proceedings are funds that are not going be available for the government of Puerto Rico to provide services," said José Nieto, a longtime local litigator and now the partner in charge of Weisbrod Matteis & Copley's San Juan office. "The relevant question, I think, is can we afford to have a process that is run by attorneys charging this amount of money?"

According to the fee examiner's most recent public estimate on Jan. 23, more than three dozen professional service providers, including law firms, have sought a total of roughly $304 million in fees and expenses in the restructuring through the end of September.

A portion of those requests have already been approved, but many are still under review. Meanwhile, the bills continue to roll in. By 2023, the commonwealth expects the total tab for professional services in the $120 billion restructuring to surpass $1 billion.

Puerto Rico's sprawling restructuring officially began in May 2017, four months before Hurricane Maria made landfall as a Category 4 storm and plunged the already-struggling island into further economic strife. The size of its debt has grown to more than $70 billion in financial debt and more than $50 billion in pension liabilities, an amount Puerto Rico noted in its fiscal plan is almost twice the size of its economy.


The fees charged by Proskauer, which is defending the board in more than 70 cases mostly by various creditors, represent a discount of more than 30 percent off its usual costs, according to Martin Bienenstock, chair of Proskauer's business solutions, governance, restructuring and bankruptcy group. Paul Hastings said it has offered a 20 percent discount on its overall fees to the unsecured creditors' committee, and O'Melveny is also providing a discount to AAFAF.

Bienenstock said Proskauer is scrupulous about the number of attorneys it puts on matters in the case, including how many of its attorneys attend hearings.

"Every matter is staffed leanly to an extreme," he said. "Bottom line, the staffing reflects how many issues and objections we have to be ready to deal with."

Attorneys for O'Melveny and Paul Hastings had no comment.

"We cannot afford the same amount of cost and fees that any other bankruptcy in the U.S. incurs," said Rolando Emmanuelli, an attorney representing PREPA utility workers and retirees in suits against the fiscal board. "We cannot have the same professionals and the same hourly fees that they use to do business in the [mainland] U.S."

Indeed, local firms handling aspects of the bankruptcy are charging much less. In a Nov. 16 filing, O'Neill & Borges LLC, which represents the fiscal board, said its blended hourly rate for all attorneys was roughly $210. Marini Pietrantoni Muñiz LLC, which represents the Puerto Rico Fiscal Agency And Financial Advisory Authority, reported its blended hourly rate for partners at nearly $228 and roughly $145 for associates and other attorneys.

But billing rates alone aren't an adequate frame of reference, say some bankruptcy experts. For one, the island's restructuring is not governed by Chapter 11 laws meant for corporate bankruptcies or by Chapter 9 laws for municipal bankruptcies, although it incorporates provisions from those laws.


Instead, Congress devised a novel restructuring framework in 2016 tailored for the island, passing the Puerto Rico Oversight Management and Economic Stability Act, or PROMESA. The Financial Oversight and Management Board for Puerto Rico, often referred to as the fiscal board, was created under PROMESA to oversee the island's budget.

The board's role is also being contested in a number of proceedings. In fact, the First Circuit ruled Friday that the way members of the fiscal board were appointed, without a formal Senate confirmation process, was unconstitutional.

"You can imagine looking at this and saying, 'Well, these fees are high,' but what did you expect with a brand-new statutory structure, with more than a $100 billion dollars in debt to be restructured, and multiple proceedings going on?" said Andrew Dawson, law professor at the University of Miami. "And we have the government here, with an uncertain role, and the fiscal oversight board with an uncertain role, what did everyone expect? Of course this was going to be expensive."

Those tasked with keeping the fees in line are familiar with the intricacies of large bankruptcies. The fee examiner Williamson, his firm Godfrey & Kahn and partner Katie Stadler, who is counsel to the fee examiner, have advised in other notable bankruptcies. In Lehman Brothers' 2008 bankruptcy, and the Energy Future Holdings Corp. bankruptcy that recently concluded in Delaware, they advised fee committees, and in the General Motors' bankruptcy in 2009, Williamson was fee examiner, with Godfrey & Kahn as his counsel.

Williamson acknowledged the island's bankruptcy is in many ways a more complicated affair.

"They were large and complex cases, to be sure, but presenting relatively few novel issues," Williamson said in an email to Law360. "By contrast, PROMESA itself is novel. ... In addition, the unique context of the process and the stakeholders, including the people of the commonwealth and the hurricane tragedy, add a different dimension."

The fee examiner hasn't filed formal objections to the fees, although he has raised informal objections in various memos and reports, questioning everything from the number of attorneys staffing each case, whether multiple law firms were playing duplicative roles for a client, and even electronic search costs. But the disputes have mostly been addressed behind the scenes or orally during hearings before Judge Swain, without heated contest.

The next hearing on fees in this case is expected to take place during an omnibus hearing scheduled for March 13. As the debate over whether Puerto Rico can afford the fees continues to play out, bankruptcy experts say that questions about the cost of professional services should ultimately also contemplate their value.

"Yes, these are large fees for Puerto Rico to bear, but to be fair, it is hard to evaluate in a vacuum," said Melissa Jacoby, a bankruptcy law professor at the University of North Carolina, who has written papers on Puerto Rico's restructuring. "We must ask whether these fees and costs will get Puerto Rico on a better footing going forward for its residents."

Sindhu Sundar is a features reporter for Law360. She last wrote about how the Puerto Rico courts recovered from Hurricane Maria. Follow her on Twitter. Editing by Natalie Rodriguez, Jocelyn Allison and Sarah Golin.