How Corporate America Can Help Close The Justice Gap 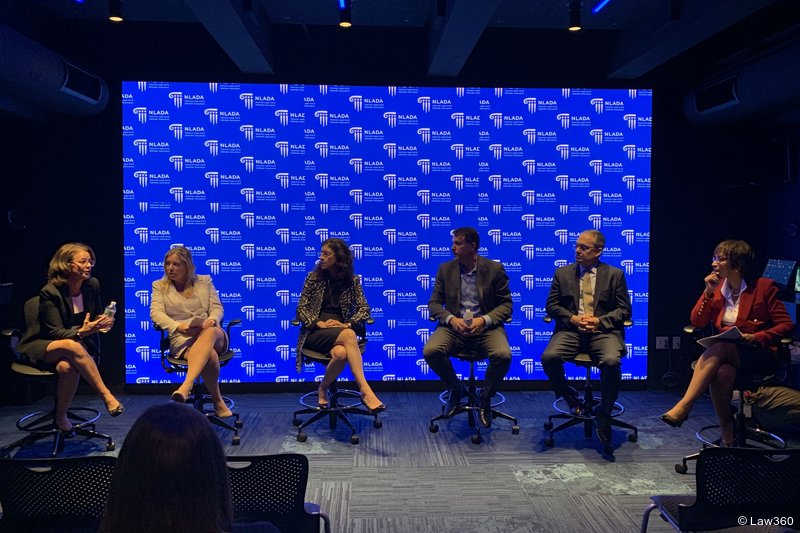 
When the Trump administration threatened to eliminate the Legal Services Corp. this year, Hewlett Packard Enterprise helped marshal corporate general counsel to fight back. It's one timely example, according to business leaders at a recent Manhattan event, of the power that companies have to enact social change.

A letter signed by those attorneys urged members of Congress to not only ignore President Donald Trump but also increase funding for the organization that supports civil legal aid efforts, recalled Willie Hernandez, Hewlett Packard vice president and deputy general counsel, during a panel Wednesday hosted by the National Legal Aid & Defender Association on how corporations can assist in access to justice efforts.

Congress has so far heeded the call, with the U.S. House of Representatives pushing in June to increase LSC's funding from $415 million to $550 million, though the figure is expected to decrease by the time budget amounts for fiscal year 2020 are finalized, Hernandez told attendees.

The hardest part of taking action is often being the first lone corporate voice, Hernandez said. But once someone spearheads an effort, others often follow: More than 250 general counsel from leading companies in the United States have added their names to the open letter, Hernandez said.

"As corporations, we have a very strong voice," Hernandez said. "When we speak together, that voice is amplified."

While corporations certainly can open their wallets as a way to support access to justice efforts that are led by others, companies can also get involved in more proactive ways, said Maaike de Langen, head of research for the Pathfinders' Task Force on Justice at New York University's Center on International Cooperation.

A corporation can, for example, develop low-cost technological innovations that can be used for improving justice, facilitate the logistics of how like-minded organizations and individuals pursue their goals, or allow its army of lawyers to focus on pro bono work, she said.

Ford Motor Co. is living out several of those examples as part of an effort to secure a right to counsel in Detroit for low-income tenants who are facing eviction, said Kim Ray, chair of Ford's pro bono committee. Ford also signed the LSC letter.

Ray has volunteered as part of an effort to provide pro bono representation to tenants, saying there are currently nowhere near the amount of lawyers necessary to help all the people seeking assistance. Ford was also one of the sponsors of a summit this year that brought together advocates for creating a right to counsel for eviction cases in the Michigan city, she said.

New York City and San Francisco already have right-to-counsel laws on their books, while Cleveland's City Council introduced a measure last month that would provide legal representation to individuals facing eviction who are living with children and are at or below the federal poverty line.

"We are going to make this happen in Detroit," Ray said. "We are committed to it."

AT&T, which provided the space at Rockefeller Center for Wednesday's discussion, takes the pro bono work performed by its attorneys seriously, incorporating it into their annual employee reviews and regularly offering recognition for success, said Susan McGahan, assistant vice president and deputy general counsel at the company.

"We believe it's part of our responsibility," McGahan said of AT&T's pro bono work.

Hewlett Packard takes a similar approach, Hernandez said, ensuring that its top officials always mention the company's community work when they speak publicly. That shows employees that spending a portion of their work time on volunteering or pro bono work is valued by their organization, he said.

"Culture is not something you can mandate," he said.