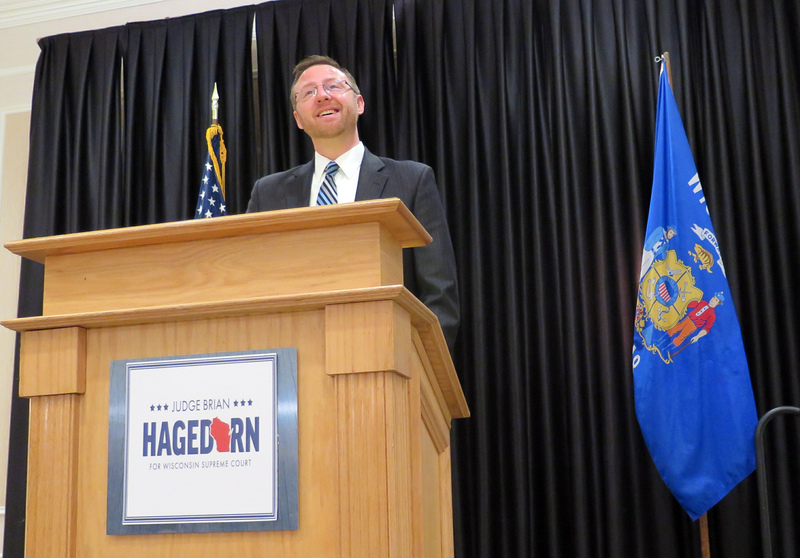 Wisconsin Supreme Court Justice Brian Hagedorn won his seat in April by just under 6,000 votes after a hotly contested race that saw outside groups spend $3 million on ads. (AP)


When two seats open up on Ohio's top court in November 2020, the election to fill them will either cement the court's conservative ideological leanings or turn it into a more liberal court for the first time in three decades.

The election is expected to attract dark money — independent expenditures by special interest groups in support of a campaign — that many judicial watchers worry could impact the impartiality of state court systems.

While dark money obscures donors on paper, judges often know what political forces are backing their campaign, if not exactly who. And this knowledge could consciously or subconsciously impact the way judges rule on the bench when they are looking ahead to another election, according to some studies.

"Judges have been thrust into the political sphere," according to retired Supreme Court Justice James C. Nelson. "Like politicians, they know who is spending money for or against their campaign."

Nelson, who is now a legal adviser for campaign finance reform group Free Speech for People, said "to say it doesn't affect the judge's decision is pure nonsense."

Over the last decade, Ohio has seen special interest groups make up anywhere from 7% to 35% of the funds raised for a judicial seat in races that usually raise more than $1 million per seat, according to data compiled by the Brennan Center for Justice and National Institute on Money in State Politics.

Judges have been thrust into the political sphere. 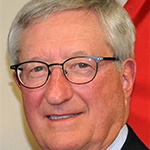 When special interest money enters any political race, it usually takes the form of a flood of TV and radio ads for — or against — a particular candidate. Such ads may be aimed at voters, but they affect the judicial candidates as well, experts say.

For example, a previous plea deal involving a sex offender that a prosecutor arranged might suddenly be played for voters as evidence that a judicial candidate supports child predators. Or a decision a judge made in a health care suit might be spun to characterize him or her as someone who denies benefits to cancer patients.

"I think judges are constantly looking over their shoulders to avoid being caught in the snare of these Willie Horton ads. They are trying to avoid that and trying to promote themselves in a positive manner," Nelson said.

Joanna Shepherd, an Emory University School of Law professor, is working on research that seems to show judges change their positions in their last term before retirement, when they are freed from the shackles of reelection campaigns.

Previous studies she authored have linked an increase in TV ads during state supreme court elections to justices being less likely to vote in favor of criminal defendants. And the more business interests contribute to judicial elections, the more likely judges were to vote along business interest lines, the studies showed.

Shepherd noted her research indicates that dark money could simply be helping elect candidates who are already friendly to a particular interest group – a pro-business group, say – or, at worst, it could be influencing judges to vote in a certain way in order to appeal to donors in their next election.

"Either way, money is affecting case outcomes in ways that most people don't realize," Shepherd said.

Money is affecting case outcomes in ways that most people don't realize. 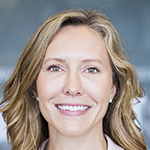 Take for example Wisconsin. The state has seen significant amounts of dark money enter its judicial elections since a public financing program was phased out in 2010. In the 2015-16 cycle, the state's Supreme Court elections saw $5.9 million in spending, including $2.5 million from outside groups, according to the Brennan Center. Nearly 91% of that outside spending was from groups that conceal their donors from the public.

In 2015, Wisconsin's highest court also halted an investigation into whether several political groups violated campaign finance laws by illegally coordinating with then-Gov. Scott Walker's recall campaign. Two justices in the 4-2 ruling had been asked to recuse themselves by a special prosecutor since their own supreme court campaigns had benefited from the same groups under investigation. They both refused.

While deep-pocketed pro-business groups such as Americans for Prosperity, which has been funded by billionaire Charles Koch and his late brother David, have often been at the helm of spending on judicial elections, liberal groups are also involved in dark money campaigns and are starting to hold more sway in certain areas.

Next year, three seats on the seven-member North Carolina Supreme Court and five seats on the 15-member Court of Appeals will be open for election, setting the stage for another high-stakes battle that is likely to attract dark money.

Wisconsin will also see another judicial election after an April contest for a seat on the state's highest court attracted around $3 million in ads. A large chunk of that sum came from dark money groups, and many of the ads were attack ads, attempting to discredit opponents.

"Our screens were just being splattered with mud from both sides," said Matt Rothschild, executive director of the nonprofit Wisconsin Democracy Campaign.

Judge Lisa Neubauer, who lost that April battle, is running for reelection on the state's court of appeals in 2020. In a letter on her website, she decried the "extremist right-wing special interests, fueled by funding from oil, tobacco and drug companies" that poured over $1 million into TV and radio ads during the final week of her Supreme Court campaign.

"You can bet that the same groups that attacked me last April are going to try again to knock us down," she told supporters. "This time, we won't let them."

Natalie Rodriguez is an editor at large for Law360. She last wrote about the ways technology is boosting access to the court. Hear her on Law360's weekly Supreme Court podcast, The Term. Editing by Pamela Wilkinson, Jocelyn Allison and Haylee Pearl.