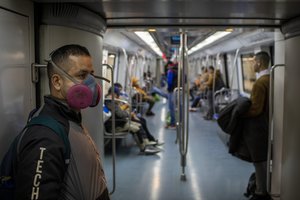 In a statement following Senate passage, House Speaker Nancy Pelosi, D-Calif., said the bipartisan legislation will protect "the health, economic security and well-being of the American people while stimulating the economy."

"This is unprecedented. We're closing down the economy to combat the disease," said Sen. Lamar Alexander, R-Tenn. "And because we're doing that, governments at all levels are going to have to foot the bill."