In Stressed Legal Industry, Calls For Kindness During Crisis


Law360 (March 20, 2020, 11:17 PM EDT) -- The coronavirus that has enveloped the globe in fear and illness has proven virtually unstoppable by doctors and scientists thus far, but as it spreads, a different type of contagion seems to be sweeping the legal industry: kindness.

A judge in Georgia even made it an order, in a polite way.

In the less than two weeks since governments and courts have started reacting to the virus' spread in the U.S., attorneys have begun softening their adversarial ways and some judges have called for more civility in a world where the wheels of justice are being forced to slow as one in five Americans is confined to their homes. 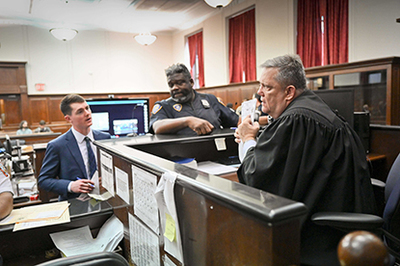 San Francisco, Chicago, New York and the entire state of California were placed under orders or other government guidance to shelter in place or otherwise stay at home and indoors as much as possible. And many courts and law firms nationwide have taken action on their own, limiting the number of people coming into contact with one another in public buildings and offices across the country.

This has meant dozens of canceled hearings, closed courthouses, delayed trials and extended deadlines while attorneys, judges, court staff and their families grapple with the new realities facing most of the world.

Even the U.S. Supreme Court has shut its doors to the public, and its justices, although healthy, are keeping their distance from one another by calling in or foregoing their traditional handshakes.

Many courts, including the Supreme Court, Louisiana's Middle District, Oklahoma's state court and the Northern District of Texas, have paused or extended the statute of limitations.

And although it has been said that the only two certainties in life are death and taxes, the Internal Revenue Service has delayed the inevitability of one, moving the deadline for tax returns from April 15 to July 15.

At the same time, attorneys, judges and court and legal staffers who are parents have been forced to cope with performing their usual professional tasks without the trappings and full resources of their offices and while juggling the challenge of keeping restless confined children educated and entertained.

All this while also mourning the loss of friends who have succumbed to the illness, fretting over those who have fallen sick, canceling long-awaited events like weddings and trying to find a sense of normalcy even as fresh horrors are reported in the news each day.

Some attorneys are responding to this pressure in ways that may seem counter to the legal industry's adversarial nature: They're being nice.

Scott O'Connell, chair of the litigation department at Nixon Peabody LLP, told Law360 on Friday that it was a "time for somewhat less aggressive posturing." 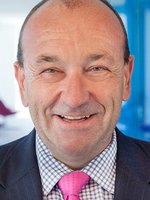 "There is something about the current circumstance; we felt it after 9/11," O'Connell said. "Any shot to the solar plexus of our country, it brings people back to the ground. Things get reordered and what's important becomes more in focus."

And on Twitter this week, Baltimore attorney Steve Klepper asked his fellow lawyers to "be kind to one another on extensions, etc."

"Even if you're set up well for remote work, you don't know what others are experiencing," Klepper said in the post. "There are plenty of judicial emergencies without you creating more work and anxiety for everyone."

O'Connell echoed Klepper's position, noting that the controversies he and his colleagues handle for clients are important, "but we can handle them without some of the histrionics."

"There is a level of collegiality and cooperation that has been refreshing, and it feels more cooperative and productive," he said.

Preserving Clients' Rights in a Crisis

In filings, attorneys and parties have begun acknowledging the public health crisis and its effects on both them and the courts.

On Friday, attorneys representing consumers suing Amazon over alleged antitrust violations said they were "mindful of the severe impact of the coronavirus pandemic on all aspects of society."

"In particular, they are aware of the burden this crisis places on small businesses and larger corporations alike, as well as the drain it imposes on scarce judicial resources," lawyers with Hagens Berman Sobol Shapiro LLP and Keller Rohrback LLP said in the complaint. "Plaintiffs are compelled, however, to file now to preserve their rights and those of the proposed class."

They added that they would work to minimize the burden on the court and reasonably accommodate Amazon in the matter.

And Assistant U.S. Attorney Natalie N. Elicker said in a notice earlier this week that due to the pandemic, counsel for both parties in her Connecticut federal court case were "teleworking with children present in their homes, with somewhat limited connectivity to secure networks."

"Bigger Problems on Their Hands"

U.S. District Judge Steven C. Seeger of the Northern District of Illinois had perhaps less patience with litigants in a case over allegedly counterfeit unicorn drawings, admonishing attorneys who had escalated their calls for an emergency rehearing over something that was, in the context of the week's news, not an emergency, he said.

Attorneys in the case had filed for a temporary restraining order and demanded a hearing on it. Once denied, they pressed the issue up to the chief judge of the district, according to a March 18 order.

Judge Seeger, in his scolding order, invoked a quote from Elihu Root, an attorney and secretary of state under President Theodore Roosevelt: "About half of the practice of a decent lawyer is telling would-be clients that they are damned fools and should stop."

A temporary restraining order in that case, the judge said, would either "be a nullity, or it would distract people who have bigger problems on their hands right now."

On Thursday, Justice Gants sent a letter to the Massachusetts and Boston bar associations, urging attorneys to work with the courts and each other "to create their own version of [mobile triage] units" to figure out how to protect the most vulnerable, preserve individual rights, resolve disputes and carry on.

"If we stand strong, resilient, and adaptive, and work together as judiciary and bar to find 'duct tape' solutions to immediate problems that otherwise might take years to solve, we will leave this crisis with a better, more resilient system of justice," he said.

The judge added, "And perhaps, if we do our jobs well, a future generation will say of us, 'This was their finest hour.'"

Though it "will not be pretty," the justice system will get through these events, he said in the letter.

And the crisis also inspires clarity, he said.

"Over the course of this journey, we will gain new appreciation of the importance of a functioning system of justice —  for the preservation of our rights, for the peaceful resolution of disputes, and for a healthy, growing economy," he said.

Meanwhile, in a notice on a suspension of regular operations posted Sunday, Ontario's Superior Court of Justice in Canada said it was calling upon "the cooperation of Crown and defence to engage in every effort to cooperate with each other and to provide assistance to the court in an effort to deal with urgent matters." 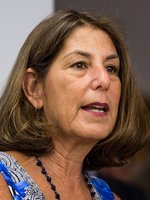 U.S. District Judge Amy Totenberg of the Northern District of Georgia issued an order to every case on her docket with some words of advice to attorneys battling it out in her jurisdiction: "Be kind."

"Be kind to one another in this most stressful of times," Judge Totenberg wrote. "Remember to maintain your perspective about legal disputes, given the larger life challenges now besetting our communities and world.

"Good luck to one and all."

Correction: An earlier version of the story misspelled Justice Gants' name. The error has been corrected.