5 Considerations When Repatriating Cash For COVID-19

By Natalie Olivo
Law360 is providing free access to its coronavirus coverage to make sure all members of the legal community have accurate information in this time of uncertainty and change. Use the form below to sign up for any of our daily newsletters. Signing up for any of our section newsletters will opt you in to the daily Coronavirus briefing.


Law360 (April 17, 2020, 8:05 PM EDT) -- U.S. companies seeking access to their offshore earnings during the coronavirus pandemic may not be able to grab the cash easily due to the inherent complexity of the repatriation process, which was nuanced even before the current economic uncertainty. 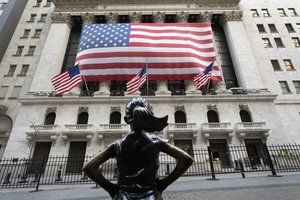 American companies seeking repatriation of offshore earnings during the coronavirus pandemic may not easily gain access to their cash because of the system's complexity. (AP)

As governments struggle to contain the global spread of the virus, which causes the respiratory disease COVID-19, the world economy is projected to experience the worst recession since the Great Depression, according to a recent report from the International Monetary Fund. Businesses are turning to all possible sources for cash, including offshore affiliates. For U.S. companies, repatriation involves a forecast of year-end earnings — a complex calculation that's even more difficult now that businesses are facing unknown bottom lines.

, and companies have brought back more than $1 trillion since the overhaul imposed a one-time tax on deferred offshore earnings. Even after paying the transition tax, companies must follow several steps to get distributions from their foreign affiliates. The process could result in taxable gains or denied deductions, for example, and requires a careful analysis to determine the ultimate result.

"There's no question TCJA made repatriation easier and that we see companies taking advantage of the ability to repatriate more freely," said Timothy Shuman, a partner at McDermott Will & Emery LLP. "But it absolutely did not make it frictionless."

The complexity of the repatriation process stems from a set of ordering rules that companies must follow and the potential tax consequences that arise each step of the way. The first stage involves bringing home previously taxed earnings and profits, or PTEP — foreign income already taxed by the Internal Revenue Service.

This category includes earnings that are subject to TCJA's transition tax or the overhaul's measure for global intangible low-taxed income. A company's PTEP can also fall under Subpart F, the long-standing rule that immediately taxes the global passive income of controlled foreign corporations, or CFCs.

During this step of the repatriation process, companies generally must take into account foreign currency gain or loss under Internal Revenue Code Section 986(c)

"Depending on how currencies have fluctuated, that could give rise to a gain amount to bring the PTEP back," he said. "This is not necessarily a showstopper, but it can partially offset the benefit of bringing the PTEP back."

For example, a U.S. company may have earned Subpart F income two years ago through a CFC that used the euro.

"There could have been a currency fluctuation from the time you have the Subpart F inclusion until the time you're distributing the PTEP associated with that," according to Joe Calianno, a tax partner at BDO USA LLP.

The basis that a corporate shareholder has in a CFC's stock — an amount initially determined by the U.S. company's investment — can also affect PTEP distributions.

Shuman noted that a U.S. shareholder generally needs basis when receiving a distribution of PTEP. Otherwise, the shareholder may recognize a gain on which it may need to pay tax, which could result in a cost of repatriated earnings, he said.

"Even that low-hanging fruit of previously taxed earnings and profits presents a number of technical questions and computational questions you have to go through in order to bring those earnings back," Shuman said.

As an extra wrinkle, U.S. companies that are taking midyear distributions from their CFCs as a way to get cash during the pandemic could recognize gain due to timing differences in basis calculations.

Basis is reduced when a CFC makes a distribution, and it's increased for GILTI and Subpart F at the end of the year. As a result, companies are exposed to a gain due to PTEP that exceeded the basis at the time it was distributed, according to Adam Chesman, a senior director at RSM US LLP.

"If the company is trying to bring back cash today because there are liquidity issues, they maybe don't know until the year's end whether they'll have sufficient basis in the shares of stock to bring it back," he said.

After a company has taken out all of its PTEP, it can move on to earnings and profits that haven't already been taxed in the U.S. — and may never be, providing they get a full deduction. As part of the tax overhaul's shift to a quasi-territorial system, the TCJA included a measure under IRC Section 245A

that allows a 100% dividends-received deduction on certain foreign earnings.

However, companies don't receive this deduction if they have what's viewed as a hybrid dividend. According to IRC Section 245A(e), the term refers to an intercompany payment where the CFC is also receiving a deduction or other tax benefit in its home country.

The U.S. Department of the Treasury recently issued guidance for hybrid deduction accounts, which are tracking systems companies must use to ensure that certain dividends from CFCs don't get the Section 245A deduction.

"There are companies out there that have these hybrid deduction accounts that create repatriation issues on a go-forward basis," Shuman said.

Meanwhile, there aren't necessarily a lot of earnings that are subject to Section 245A, he said. It depends on each company's situation, but most earnings these days go through the PTEP rules, such as GILTI, according to Shuman.

What's Next After Earnings and Profits

After working through the distribution questions relating to earnings and profits, companies need to determine whether any distribution would be a return to basis under IRC Section 301

In these situations, the company may be able to take a Section 245A deduction on this gain to the extent that it's recharacterized as a dividend, according to Chesman. However, Internal Revenue Code Section 1248(j)

requires the CFC to have held the stock at least a year before qualifying for the deduction.

Even before the outbreak of the coronavirus pandemic, companies had to take several factors into account to see how the repatriation process applied to them.

In addition to the federal, state, local and foreign tax implications, companies need to consider the financial accounting impact of any repatriation, Calianno said.

As for the pandemic's impact, the financial fallout that may be causing companies to seek offshore cash immediately could also be making it even more challenging to predict year-end results when making repatriation calculations.

As Chesman saw it, companies need a sense of what their tax liability would ultimately be, "and that would include having to forecast your earnings for the remainder of the year, which in this climate might be very difficult to do."